Madden 16 Review: Is it Worth Buying?

“Is Madden 16 worth buying?” This is the most important question from most gamers who are trying to decide if they should spend $60 on the new Madden 16. Our Madden 16 review will help you answer this question with a look at upgrades, new Madden 16 features and important changes to the game.

Every year we hear potential buyers complain that the new Madden game is just a roster update with some changes to graphics. Yes, there is a roster upgrade with Madden 16 and the game does look better, but this is not just a $60 upgrade to the players on your favorite team. 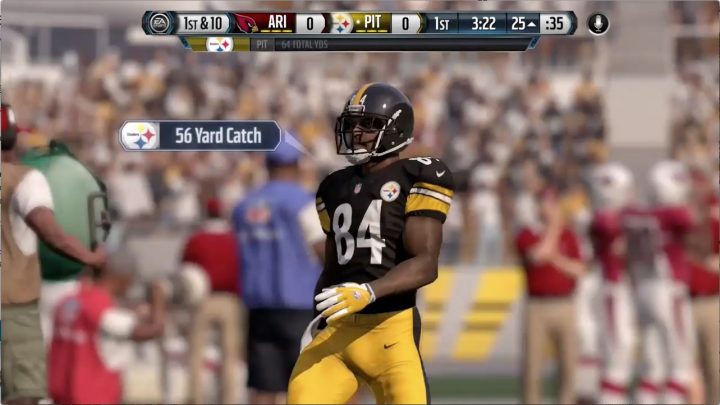 Is Madden 16 worth buying? Read our Madden 16 review to find out what you need to know.

Our Madden 16 review is for the Xbox One, but the game should deliver a similar experience on the PS4. We spent the last four days trying the new Madden 16 game modes and upgraded options during the 10 hour EA Access trial that delivers the full game to Xbox One owners.

Not every new Madden release is worth an upgrade, but after more than a decade of playing Madden on a half-dozen consoles, it’s easy to share my thoughts on this year’s Madden release.

Is Madden 16 Worth Buying?

The short answer is yes, Madden 16 is worth buying for most owners. This is not a perfect football game, but I love the new Draft Champions mode and the new offensive and defensive controls put the outcome in your hands instead of a computer controlled catch or interception. This leads to blown coverage and missed catches, but it is due to player action instead of computer controlled animations.

Here’s my Madden 16 review with what is great in the new Madden and what EA still needs to fix.

On offense you can now choose the type of throw you make as a quarterback with more than just how long you hold the button.

Use these to put the ball where it needs to be so that your receiver can catch it and the defender cannot intercept it. In addition to the new ball placement options for your QB, the receiver can make three types of catches.

With these options you now play the receiver after the throw with a quick tap of B. The player still runs the route, but you choose the right kind of catch. If you choose wrong you may leave yards on the table, catch the ball but land out-of-bounds or simply drop the ball when you could have gone for a safe catch. The decision is yours and that is a huge upside to Madden 16 for me.

On defense there are is also a change that allows you to make decisions that influence the game. User picks played a big role in Madden 15, but in Madden 16 there is a new option that lets you choose to play the ball or the player.

EA implements this well and so far any problems with this feature come down to an overly aggressive user trying to play the ball with no backup and giving up a touchdown. Playing the receiver is no longer an option you have to wait to happen, it allows you to get into their face as soon as legally possible so that you can break up catches and bring them down as fast as possible.

With an option to play the ball, you can take a chance to reach out and swat the ball down at just the right time or you can go for the user pick when you know you have backup. On defense the new gang tackle is a blessing for stopping skilled running backs as well, but it doesn’t feel cheap. 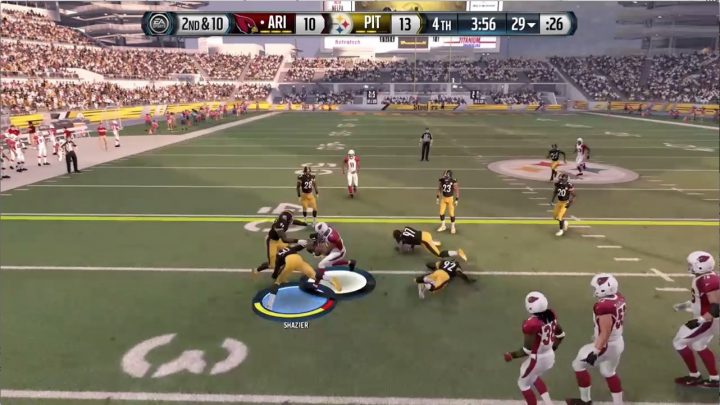 The new Madden 16 features make it a worthy upgrade for most players.

When playing in some modes it is possible to quickly resume the game you were playing. This is great news for any Madden 16 players who have a family or who can only squeeze a short amount of gameplay in at a time.

I can already tell that the new Madden 16 Draft Champions mode is going to be one of my favorite ways to play Madden 16 long-term. If the commitment needed to build up a great team in Madden Ultimate Team is too much for you to commit to, but you are not a fan of simply replaying the computer or online opponents using the NFL teams you can use this Fantasy Football inspired mode to draft a team and play a short series of matches. The draft process is fast, but fun and a challenge all on its own. From there you play the computer or another person with your team in a short four game series that you have to start over when you lose.

It’s going to take a long time to get my Ultimate Team to a great level, but after a quick dip into Madden 16 Ultimate Team mode there are improvements to overall setup and to the solo challenges with the new NFL Journey. It feels like sets are easier to understand and work towards than in Madden 25 and Madden 15.

EA delivers upgraded graphics on the field to complement the new controls and presentation. I especially like the stars to indicate the top three players on your team and the opposing team that help me identify players to watch. 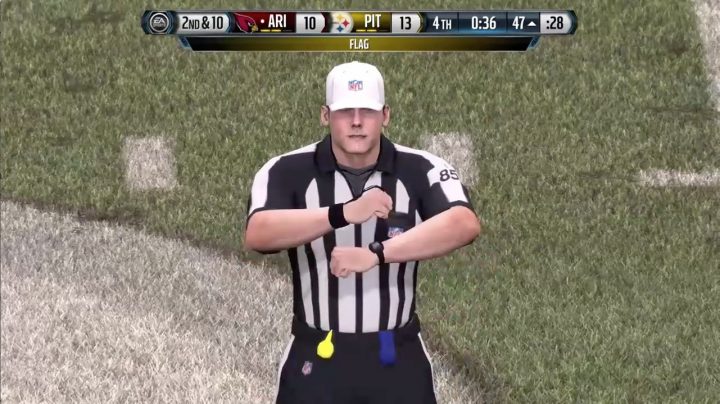 There are some areas where Madden 16 falls short of first down.

Three complaints hit the top of my list after playing hours of Madden 16 over the weekend. First off the game loads slowly to a start screen and then into a game. The slow loading is even more frustrating if you try to play a scenario in the NFL Journey part of Madden Ultimate Team where you might need to retry the last 30 seconds of a major game five times before you beat it with no retry option like FIFA offers.

EA does upgrade the commentary for Madden 16, with smarter game chatter in many areas, but after you play several games back to back you will continue to hear the same catchphrases. On the upside I haven’t heard, “And of course it’s better to be ahead than behind,” in Madden 16 yet. The overall on field presentation is better with new graphics that highlight player performance during the match and more realistic sidelines and cameramen.

I love the new gang tackling feature that allows multiple players to hang on to your runner to complete a tackle as a team, but there are still a fair number of questionable tackles in the game where someone is bouncing behind a team mate and then the defense somehow sticks a helmet through and pushes the ballcarrier back 2 yards to the ground with a helmet from nowhere.

Even with these complaints Madden 16 is worth buying for most users. If you have not played Madden on PS4 or Xbox One yet, this is the year to make the jump to a new console for a number of reasons and if you do that you should also play Madden 16, instead of settling for Madden 15 at a discount.

Gamers who already own Madden 15 can see what’s new in Madden 16 in the slides at the bottom of this post to decide for themselves. After playing hours of the new Madden 16 it is clear that this is an upgrade that Madden lovers need to make. The added controls on both sides of the ball deliver a new game and completely sell me on Madden 16.