The NBA 2K21 release date is finally here and we expect Xbox One, PS4, PC, and Nintendo Switch owners to run into a variety of problems at launch.

NBA 2K21 lands for current-generation consoles and Windows PC tonight. The game is also headed to Microsoft’s Xbox Series X and Sony’s PS5 though we don’t have an official release date for those consoles just yet.

Every time 2K releases a new version of NBA 2K we hear about bugs, performance problems, and server issues. Some of these issues are minor annoyances, others are far more frustrating and have the potential to ruin your experience.

We don’t have a full list of NBA 2K21 problems just yet, but we expect to see some familiar faces once the game arrives.

While some issues can be fixed in a matter of minutes, others can be harder to solve. Some problems will likely require a fix from 2K Games and Visual Concepts. We expect the developer to roll out a steady stream of NBA 2K21 bug fix updates as we push away from the game’s release date.

With all of that in mind, we want to take you through some of the most common problems and show you how to fix them so that you can get back into the game.

In order to scan your face into the game you need to download the MyNBA2K21 app for iPhone, iPad, or Android. Once you’ve got the app downloaded you need to make sure your MyPLAYER account is connected to both NBA 2K21 and MyNBA2K21.

If you’re having trouble properly scanning your face into the game, here are a few things to keep in mind. 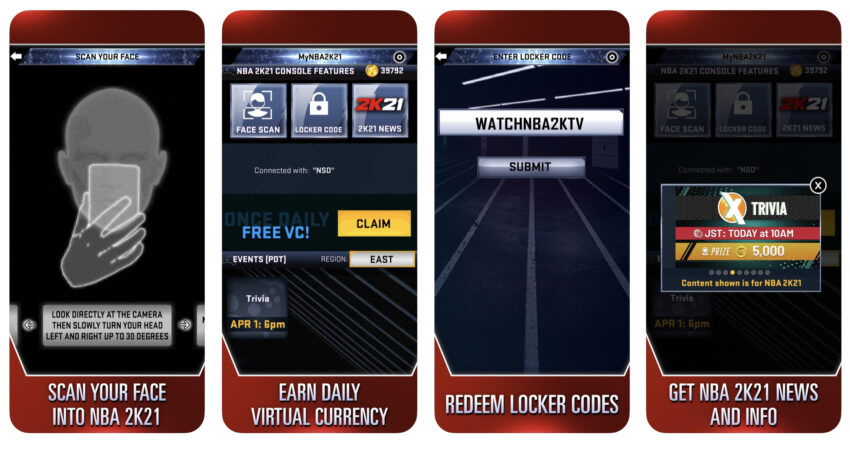 When you’re scanning your face, make sure you’re in good lighting without any shadows. Shadows have a tendency to mess up the scan.

You’ll also want to make sure you hold your device at eye level. If you hold it too high or too low, your scan could get messed up. 2K Games recommends holding the phone about 18″ from your face.

Once the scan starts, be sure you turn your head slowly to a maximum of 45 degrees while looking forward.

If you’re playing on Xbox One or PS4, NBA 2K21 requires a huge download. It’s over 80GB for both platforms so the download could take quite a bit of time complete.

We expect download times to improve as the rush to play dies down, but there are some things you can try if your download is taking too long or if it gets stuck.

If your download is getting stuck midway through the process, try pausing it, waiting a few seconds, and starting it up again. If that doesn’t work, you’ll want to cancel the download and try again.

If the download speed is abnormally slow, try plugging your ethernet cable directly into your console or Windows PC. This could speed up the download, especially if your system is far away from your router.

If none of that works, you should try restarting your router. Unplug your router, wait a minute or two, and plug it back in.

If you’re tired of dealing with slow download speeds, you might want to upgrade your router. If you’re interested, take a look at the TP-Link Archer A20 or Netgear’s Nighthawk AX4 RAX40.

For more on the NBA 2K21 download, please take a look at our guide.

Storage issues sometimes prevent games from installing properly. If you’re having issues installing the game, make sure it’s not related to storage.

If you own an Xbox One, go to the My Games and Apps section and check how much storage you’ve got on your internal/external hard drives.

If you’re playing NBA 2K21 on the PlayStation 4 you’ll need to head into your console’s Settings and check and see how much free space you have available.

If you’re positive you have enough space, but the game still won’t install properly, you should try hard resetting your console.

If you’re unable to connect to NBA 2K21’s servers you’ll want to check and make sure they aren’t having issues. You’ll want to check 2K’s official social media accounts for announcements and DownDetector for complaints from other 2K players.

There’s also a chance your issues are related to Xbox Live or PlayStation Network outages or technical issues.

If your game suddenly locks up between events, during a cutscene or during another part of the game, you’ll want to save (if you can) and quit to the dashboard. If that doesn’t work, you’ll want to restart your console or PC. 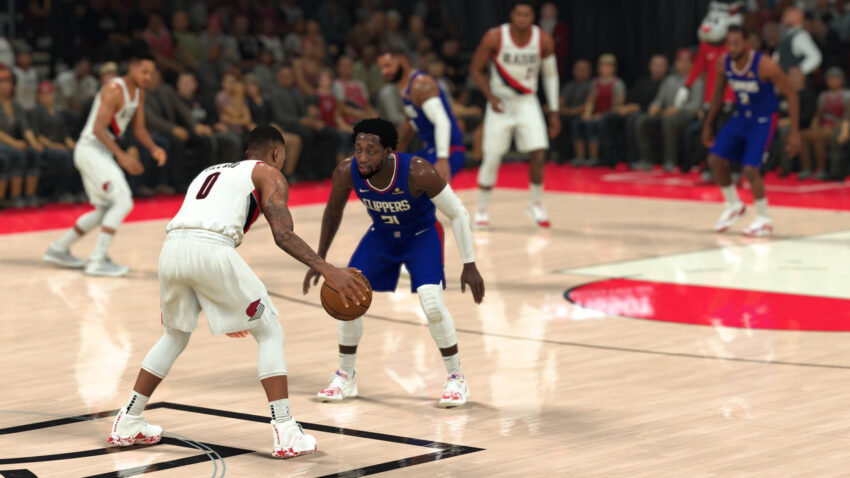 If you’re playing NBA 2K21 on a console and you’re running into performance issues, we recommend restarting the game and/or console.

If you are missing VC (2K’s in-game currency), note that it sometimes takes a few hours for purchased VC to show up in your account. If you’ve waited and it’s still not there, you’ll need to file a ticket with 2K in order to recover it.