Should I wait for the Xbox Series X release date in November or buy an Xbox One X today? We’ll help you figure this out so you can decide if you pre-order on September 22nd, or hold off.

There are still a lot of good reasons to buy the Xbox One X and even the Xbox One S or Xbox One S All Digital, but new details may convince some buyers to hold off a little longer to buy Xbox Series X.

This guide walks you through what you need to know about the new Xbox, called Xbox Series X which is coming in November 2020 with Ray Tracing, a new SSD, Quick Resume, Smart Delivery, and an upgraded processor.

Keep reading and we will help you decide if you should wait for it or buy an Xbox One X or Xbox One S today.

It’s very easy to keep waiting for the next big thing, but it is pretty close to the right time to wait for the Xbox Series X now that it is a few months away.

The Xbox One is nearly five years old, but in that time Microsoft announced the Xbox One S with new features and the current top of the line Xbox One X, which offers 4K gaming and better performance.

The Xbox Series X release date is November 10, 2020. This is for both the Series S and the Series X. Pre-orders for the new consoles start on September 22nd. 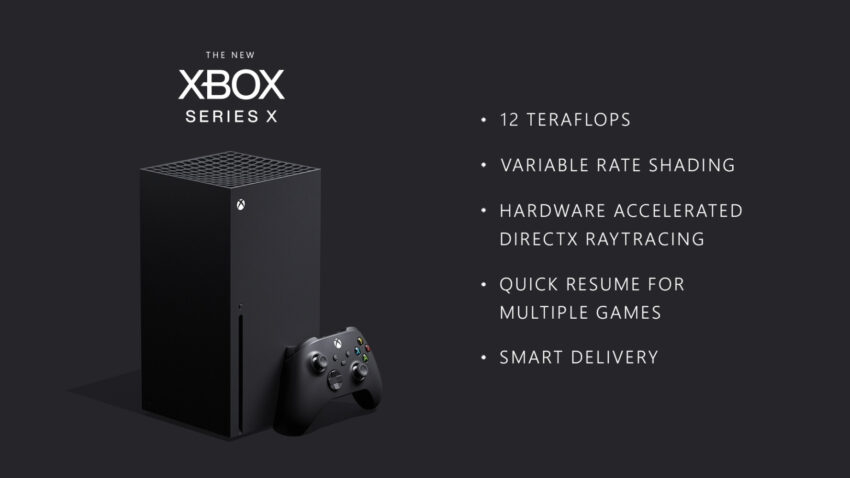 Microsoft confirmed a lot of Xbox Series X specs and capabilities as well as some of the features. Here’s what we know so far;

Thanks to these specs and the latest announcement, we know about some of the new Xbox Series X features, which can help you decide if it is worth waiting for the new console before upgrading.

Microsoft made a big deal about 8K support and 120 FPS, but keep in mind that this is marketing. In the real world, Xbox Series X will likely support 8K streaming like the Xbox One S supports 4K streaming. This would allow you to stream 8K content from Netflix and other sources to an 8K TV. There are 8K TVs on the market, but not tons of 8K content yet.

We’ll see support for 120fps gaming content. Microsoft says that developers can choose to go higher than 6- fps when they need “heightened realism or fast-paced action.”

With a new SSD in the Series X, the system is ready to handle larger gaming worlds that load faster and make in-game fast travel faster. With the addition of Variable Rate Shading, developers can actually choose which part of the screen should be prioritized such as characters or special in-game items to deliver better-looking images while still offering stable frame rates.

With the new SSD, gamers get Quick Resume, which lets you keep several games in a suspended state in the background, so you can quickly jump in and out of games without waiting for things to load.

Smart Delivery is an option to buy a game for the Xbox One and then be able to get the upgraded version for the Xbox Series X once you upgrade. We know about 10 games that will be part of this including Assassin’s Creed Valhalla and Cyberpunk 2077 to name a few. The new Madden 21 game will not be a part fo Smart Delivery, but if you buy the new Madden game before the end of 2020 and then get an Xbox Series X by March 31st you will get a free upgrade.

We also get improvements to latency input and HMDI 2.1 upgrades that will allow you to connect to compatible TVs and get the best performance possible.

There is no official Xbox Series X pricing information, but you can expect to pay a lot. We’re still hearing that Microsoft could deliver multiple models aimed at different types of consumers.

There is a good chance that the most expensive model will be $499 or above with a lower feature version around $399 and even a streaming-only model coming in cheaper.

The PS5 price complicates things. If Sony delivers similar specs, Microsoft will need to keep the PS5 price in mind in order to not hand over more ground to Sony as they did with the Xbox One and PS4.

With Xbox Series X details confirmed, many gamers are still wondering if they should buy the Xbox One S or Xbox One X today or wait for the Xbox Series X. Here’s our guide to help you decide.