We don’t have an official NBA 2K23 release date yet, but here’s what you need to know right now about NBA 2K23 based on traditions, rumors, confirmed information, and what we expect from the annual release.

NBA 2K22 is still the flagship game, but that will change later this year when 2K Sports and Visual Dynamics release a new entry in the long-running series.

We don’t have much in the way of official NBA 2K23 news though we expect to learn a lot more about 2K Sports’ plans for the popular basketball sim in the near future.

While it’s early, we know a lot of gamers have questions about NBA 2K23 so we’re going to outline everything you can expect in this guide.

Here’s a closer look at what you can expect from NBA 2K23’s features, release date, editions, demo, and more.

NBA 2K23 is confirmed, but the big announcement will come later this week.

2K says pre-orders will kick off on July 7th which means we’ll see a flurry of details confirmed right before or on that date.

It’s worth noting that the initial NBA 2K announcements are typically light on details so don’t expect 2K Games and Visual Concepts to show much of the game in the early going. That could obviously change this year, but don’t hold your breath.

We don’t have an official NBA 2K23 release date yet and we won’t get one until the companies are ready to start talking about the game. Again, that should happen on July 7th.

As of right now, you can expect the NBA 2K23 release date to land sometime in September ahead of Black Friday and the 2022 holiday season.

One leak suggests the NBA 2K23 release date will land on September 16th. The date makes sense, but obviously, it hasn’t been confirmed.

We also didn’t see any early access last year so there may not be a way to play NBA 2K23 ahead of its official release date. In the past, 2K Games has offered an early tipoff release date to those who bought deluxe versions of the game.

You can also expect a release on Xbox One, Xbox One X, Xbox One S, PS4, PS4 Slim, and PS4 Pro. These aren’t the latest and greatest models, but we’ll see support for these platforms continue on.

So if you’re a huge fan of the NBA 2K series, there’s no need to panic if you can’t find an Xbox Series X or PlayStation 5 in stock right now.

NBA 2K23 will feature four athletes on the cover.

According to Shams Charania, Suns star Devin Booker will be one of the NBA 2K23 cover athletes. He’ll likely appear on the standard version of the game.

2K has also confirmed Bulls legend Michael Jordan will appear on the covers of two editions. Two WNBA stars will be on the game’s cover as well.

The company has confirmed Sue Bird and Diana Taurasi for the game’s WNBA Edition.

Per usual you can expect multiple versions of NBA 2K.

2K’s confirmed two NBA 2K23 editions: a Michael Jordan edition and a Championship edition. The rest of the editions should get confirmed later on this week.

The standard edition usually retails for $59.99 for older platforms and $69.99 for newer consoles. Additional bundles typically cost more than that.

We’ll likely see some NBA 2K23 deals emerge in the early going, but most NBA 2K23 deals will likely arrive around Black Friday in November, the holidays in December, and in 2023 as we push toward the inevitable release of NBA 2K24.

NBA 2K23 pre-order bonuses won’t mirror these exactly (because Luka Dončić won’t be on the cover), but there will almost certainly be a tie-in with this year’s cover athletes.

Last year, like previous years, it took awhile for 2K Sports and Visual Dynamics to run down NBA 2K22’s features. We’re hoping they’re a little more transparent this year but, again, we’re not holding our breath. 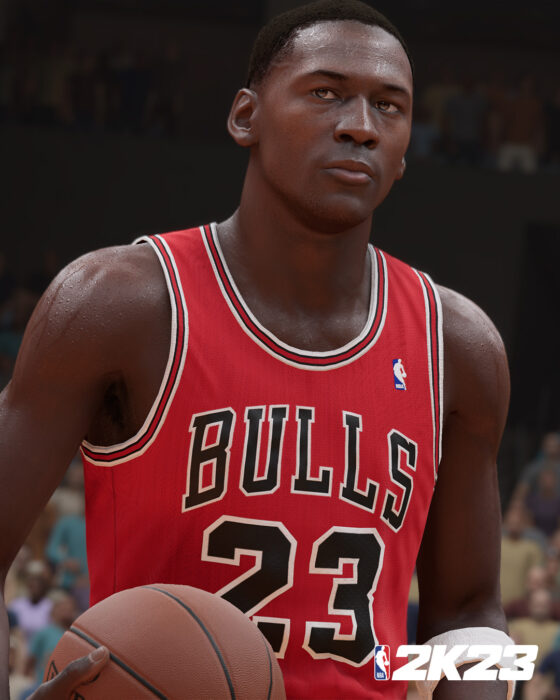 Right now, we know almost nothing about the game. That said, you can expect numerous improvements and changes with a particular focus on current-generation platforms (Xbox Series X, Xbox Series S, PS5).

2K used to release a short demo of the next NBA 2K game ahead of the official release date. The demo would let players try a portion of the game before deciding whether or not to purchase the full version.

Unfortunately, after many years of providing a demo, the company declined to offer an NBA 2K22 demo. It’s unclear if NBA 2K23 will suffer the same fate.

While it would be great to see 2K follow other companies and do away with the game’s annoying micro-transactions, they’re a cash cow and we expect to see Virtual Currency (VC) and return in NBA 2K23.

If you plan to play NBA 2K23 on a Windows PC, you’ll need to take note of the game’s minimum and recommended spec requirements.

Unfortunately, those details won’t arrive until we get much closer to the official release so it might be a good idea to hold off on a pre-order until those arrive.