A new generation of gamers switching away from consoles want a PC that’s easy to upgrade, has a lot of power and can handle virtual reality headsets. The Legion Y520, Legion Y720 and Legion Y920 all have those features. They also come with Intel’s 7th Generation Core processors.

Lenovo revealed the new Legion Y920, Legion Y720 and Legion Y520 at Gamescom 2017. Like the show itself, the new Legion desktop line brings together gamers of all types. The line starts with the Legion Y520, which is made for casual gamers just getting their start on PC. Performance lovers can upgrade to the Legion Y720; it’s the line’s mid-range desktop PC. The Legion Y920 is Lenovo’s most expensive and robust desktop PC. All these PCs support Lenovo’s upcoming VR headset and Xbox Live on Windows. 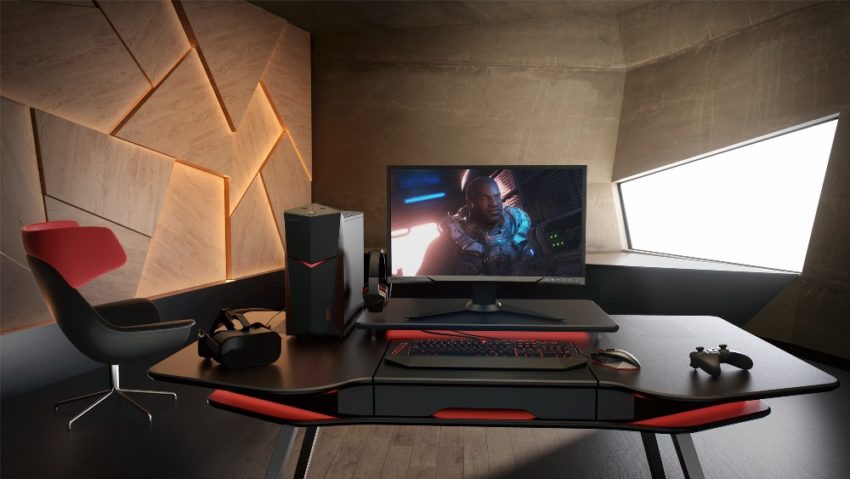 The Lenovo Legion Y520 will cost just $899.99 when it launches this coming October. It looks a lot like the Lenovo Y710 Cube that the company launched in 2016. Despite being the least expensive of the entire line, its powerful enough for gamers to pair it with an Oculus Rift VR headset. Buyers can add up to an Intel Core i7-7700 processor, 16GB of RAM, and an NVIDIA GTX 1060 graphics processor. Lenovo describes the Legion Y520 as the “easy” device in its line-up because of its low-price tag and upgradable chassis.

The Lenovo Legion Y720 is the company’s “medium” machine. It offers more power and options than the Y520, but costs $999.99. That’s $100 more than the Legion Y520 does. Options include up to an Intel Core i7-7700 processor, 16GB of Intel Optane memory and an NVIDIA GeForce GTX 1070 graphics card with 8GB of RAM. This desktop has the Lenovo IdeaCentre Y900 desktop’s looks, which isn’t a bad thing at all. Buyers can add up to 64GB of DDR4 RAM if they’d rather skip Optane. A Thunderbolt 3 port transfers files just as fast as the RAM inside the Legion Y720 will let buyers open games and switch between apps. 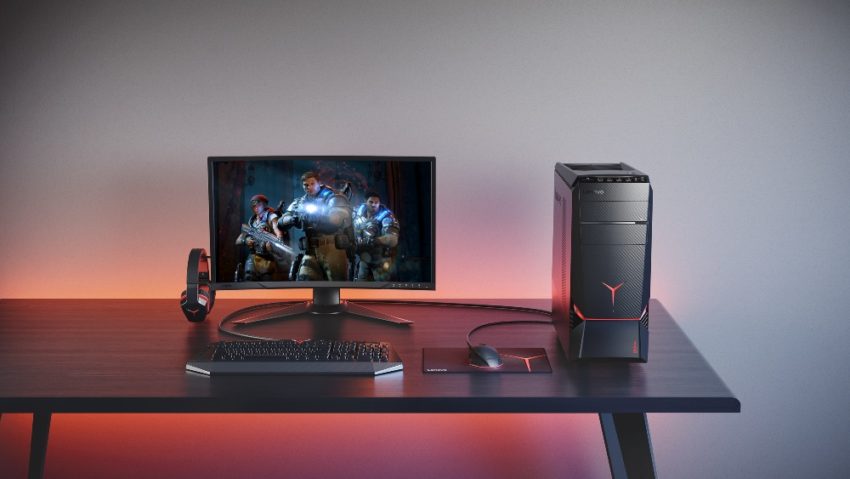 The Lenovo Legion Y920 is Lenovo’s new high-end gaming desktop. It supports the Intel Core i7-7700k processor and NVIDIA’s GeForce GTX 1080 graphics card with 8GB of dedicated RAM. This is the desktop for gamers that want to get the highest resolution and frame rates possible in their favorite titles. Buyers can supercharge the Legion Y920 with 32GB of overclockable Corsair Vengeance DDR4 RAM or update it to 64GB of DDR4 RAM. This desktop also has a Thunderbolt 3 port for fast transfers.

Everyone doesn’t get all the same options. Lenovo will offer liquid cooling for the Legion Y920 in some markets. Unfortunately, the United States isn’t included in that list. Liquid cooling boosts performance and prevents excessive fan noise. 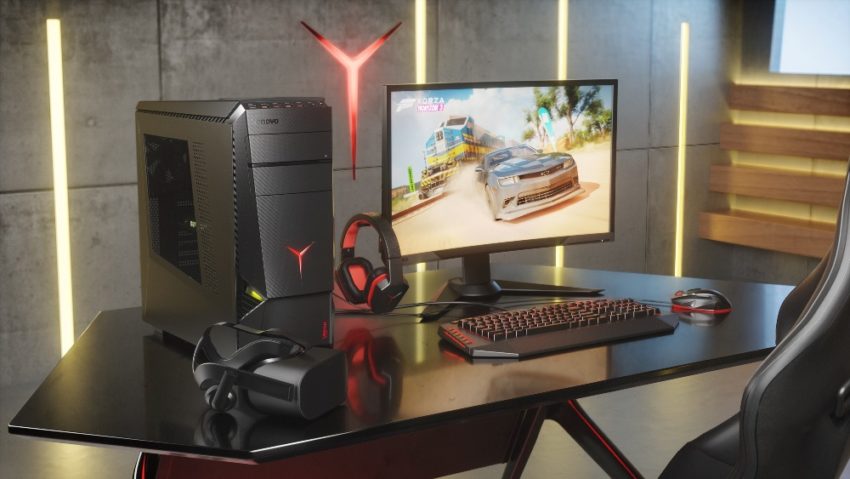 Of course, all this power doesn’t come cheap. The Lenovo Legion Y920 will cost $1,999.99 when it launches this October.