EA’s latest Madden 16 patch, Patch 16.1, comes with a laundry list of bug fixes, enhancements and a brand new game mode. Madden 16 is now a few months only but EA’s engineers continue to tweak and fix some of the more glaring problems.

If you haven’t installed the update already, the next time you fire up Madden 16 you will be greeted with an extensive patch that could take some time to download and install. Mileage will vary based on internet connection. 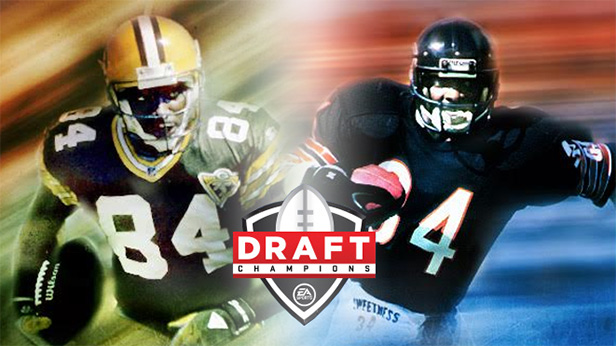 The Madden 16 16.1 update’s change log is extensive and the first set of changes come to the well-known Madden Ultimate Team mode. The new update fixes a problem that forced users to use Enhanced Playcalling in Solo Challenges and it also addresses an issue with the Camera Toggle. Other changes to Madden Ultimate Team include:

It comes with two fixes aimed at stabilizing the game. EA notes that it come with a number of general stability fixes and that it also contains a fix for a “softlock that could occur when viewing manual instant replay after a questionable call.”

The real focus of EA’s attention is Connected Franchise Mode and gameplay. The Madden 16 16.1 patch includes 29 fixes for Madden gameplay problems including one for kickoff exploits, several for field goal kicking, and an “exploit where the safety in deep zone would misplay the ball when a receiver streaked down the seam.”

This new Madden update also comes with 14 fixes for Connected Franchise Mode including a fix for “an issue where interception season goals were not be being tracked correctly in some instances.” 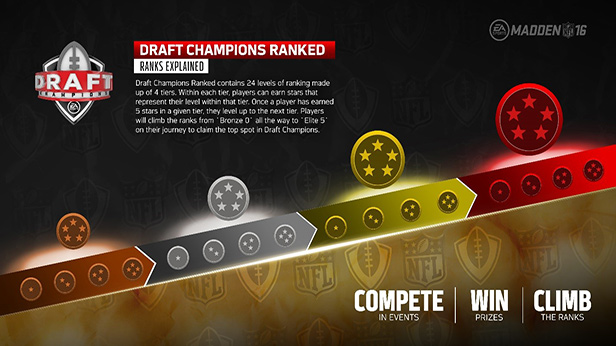 Madden 16’s patch also comes with a brand new Draft Champions Ranked mode. It’s a competitive version of the Draft Champions mode that’s a favorite amongst gamers. In this mode, players will attempt to climb the ranks by winning events.

As you win more games, you will gain access to better prizes which include:

In addition to this new Madden 16 patch, EA’s released its weekly roster update for Xbox and PlayStation owners. 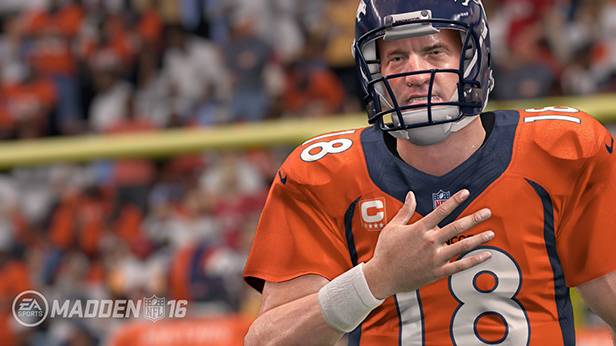 The Madden 16 Week 10 roster update sees Peyton Manning drop two points to an 86 while Bears Tight End Zach Miller has bumped up two spots to 75 after his big week.