The new Xbox is the Xbox Series X, but it looks like a lot of buyers bought the Xbox One X, which is several years old instead of placing an Xbox Series X pre-order.

The Amazon sales rank for the older Xbox One X climbed 747% on the charts during the pre-order window. This means that there are likely a decent number of people who bought the older Xbox instead of the new Xbox Series X.

Wonder how many people bought an Xbox One X instead of an Xbox Series X https://t.co/atj4thPwqD pic.twitter.com/CUzRkib3Sr

This isn’t an overall sales increase of over 700%. It is the amount that the Xbox One X climbed the sales chart during that hour-long window.

Users ran into a lot of Xbox Series X pre-order problems and Amazon was very late to start pre-orders, which could be a part of this issue.

If you bought a new Xbox this week, you should check your order to make sure that you chose the new Xbox Series X, not the Xbox One X. 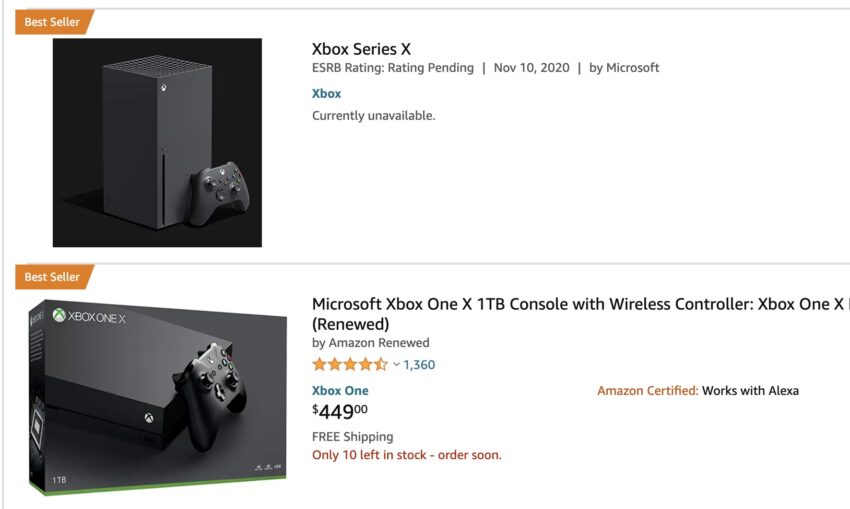 Double check that you ordered the right new Xbox.

The names are confusing, very confusing, so there is no shame in getting the wrong Xbox, but you should take a second to figure it out today, instead of in November or December.

If you see Xbox One X, you should click Cancel items and start the return process.

From there, you can use this guide to find the Xbox Series X in stock.