There will be no PS4 Rise of the Tomb Raider release this year because Microsoft just pulled off a deal to make the new Tomb Raider an Xbox One Exclusive. This did not sit well with fans who instantly took to Twitter and Facebook to vent about the lack of a new PS4 Tomb Raider game.

Buried in the anger and early news comes new information that suggests there will be a PS4 Rise of the Tomb Raider game, but PS4 owners will need to wait to play the game.

Tomb Raider is a long running franchise that started out on PlayStation and other platforms, and was an exclusive on the original PlayStation. Later versions arrived on other consoles, but if you wanted to play Tomb Raider 2 the PlayStation was your only option. 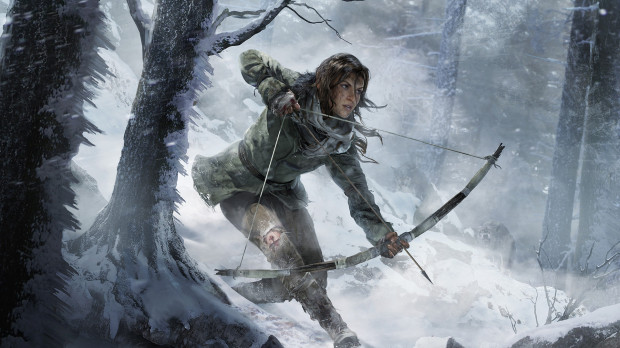 Fans can’t stand The Rise of Tomb Raider Xbox One exclusive, but the wording offers hope.

Although not limited to one console forever like Mario, Lara Croft and the Tomb Raider franchise have a loyal following of fans. Upon hearing that there would be no PS4 Rise of the Tomb Raider release due to Xbox One exclusivity these fans took to social media to complain.

Some fans are shocked by the Xbox One Tomb Raider exclusive news, but still civil.

What's this I hear about the new Tomb Raider being Xbox 1 exclusive? I've been playing these games for over 15 years, wtf? More crap news :(

Rise of The Tomb Raider *o*
Why only on Xbox One? :( #LaraCroft pic.twitter.com/oXmoirxXyS

@tombraider Why are you doing that to your fans? :(

I'm actually gutted that Rise of the Tomb Raider is an XBox One exclusive. I've been so excited :(

Other fans were not as understanding sharing the news on Facebook with complaints about the deal.

Larry Brown calls the Rise of Tomb Raider exclusive a”crock of BS.” and Lúcia Correia describes the situation as, “*expletive ridiculous.” Amir Tamannai sums up most responses asking, “What the F**k!?!?”

“Our friends at Microsoft have always seen huge potential in Tomb Raider and have believed in our vision since our first unveil with them on their stage at E3 2011. We know they will get behind this game more than any support we have had from them in the past – we believe this will be a step to really forging the Tomb Raider brand as one of the biggest in gaming, with the help, belief and backing of a major partner like Microsoft.”

The anger is understandable, but there is some good news that didn’t make it into the initial reports. The Xbox One Tomb Raider exclusive may not be a complete exclusive. We’re starting to hear that the exclusivity is only for the holiday 2015 season. Geoff Keighley reports the official wording of the announcement, which offers hope for a PS4 Rise Tomb Raider Release in 2016.

Spoke to many people here at Xbox press conference on Tomb Raider. Official line is that the game is "exclusive on Xbox for holiday 2015."

We’ll certainly learn more as we get past this holiday season and into the 2015 release cycle, but it’s clear fans are upset and with a long history of PlayStation and Tomb Raider there’s at least a chance the game will arrive on the PS4.