If you’ve been a big fan of Real Racing 3 on your mobile device, you may be surprised by the Apple TV version of the game, as it doesn’t quite live up to its expectations.

The Real Racing series on iOS and Android has been around for years as one of the best racing games for mobile devices, giving users pretty much the only racing simulator experience on an iPhone or Android device.

With the fourth-generation Apple TV’s release late last year, complete with gaming support, it was no surprise that Real Racing would come natively to the Apple TV, and it has finally happened.

While you could technically play Real Racing 3 on the Apple TV in the past, you had to use AirPlay to beam the game to your Apple TV, which then displayed the game on your television, but the game itself was still running on your iPhone or iPad. 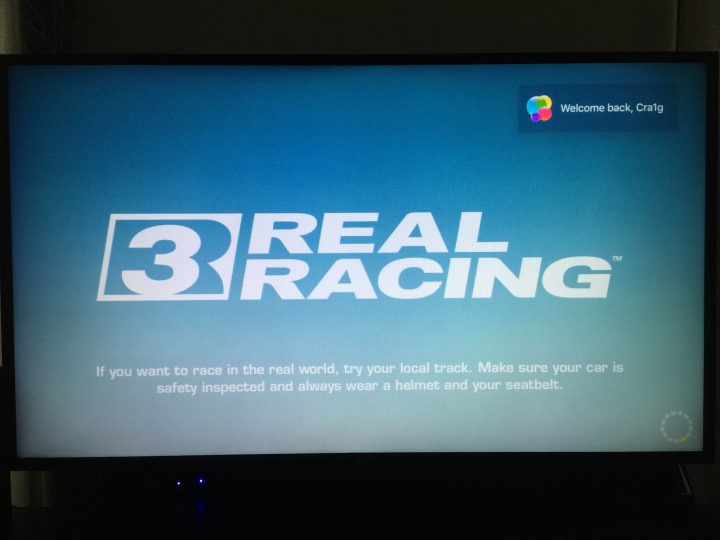 Now, Real Racing 3 can be played natively on the Apple TV without needing your iPhone or iPad, giving your Apple TV the racing simulator it has deserved.

The game can be played using the Siri Remote, or you can buy a third-party MFi game controller, like the SteelSeries Nimbus, which has official support for the new Apple TV.

One thing I like about the Apple TV version of Real Racing 3 is that the graphics are just as good as the mobile version, and it really feels like you’re playing a console game. I’ve read that some users have had issues with the framerate when the environment gets a little busy, like having a lot of cars on the screen at once, but I didn’t experience any jittering or lag at all. I’m sure that Real Racing 3 tests the capabilities of the Apple TV’s graphics, but it seemed to perform great for me. 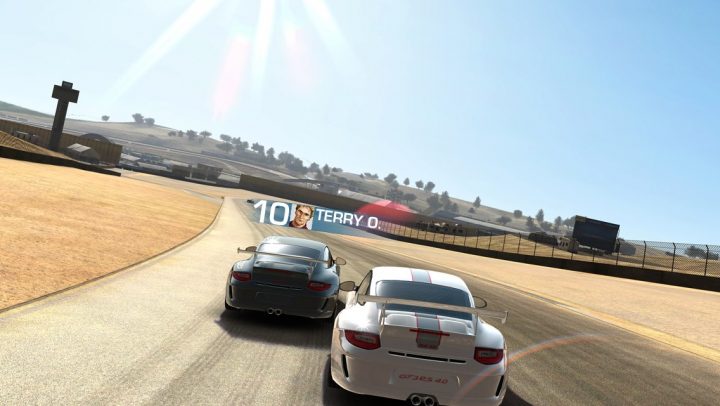 Unfortunately, that’s where the good things end. Real Racing 3 on the Apple TV is a great idea and I was really looking forward to playing it when the game released for the set-top box, especially with my Nimbus controller, but the experience was a huge disappointment.

First off, the game is pretty much a direct port over from the mobile version, which means that the menus are still geared toward a mobile display and not for a TV controlled by a remote or controller. This causes some problems. 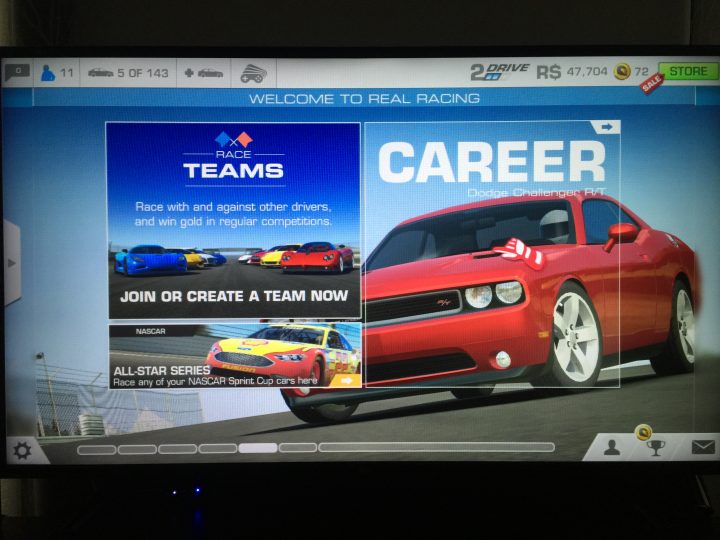 To navigate through menus, you simply move around a pointer using the D-pad on a controller or the touchpad on the Siri remote — very similar to how console games work. However, since the user interface and menus are geared toward mobile displays and touch screens, it’s a pain in the rear end to move the pointer around to select something.

It’s not a huge problem compared to some of the other issues that the game has, like its button or thumbstick-controlled steering.

The game was made to use the iPhone’s or Siri Remote’s gyroscope for steering, meaning that whenever you tilt your iPhone or remote to the right, the car steers right, just like an actual steering wheel. However, when I used the SteelSeries Nimbus controller, the steering was insanely difficult.

In console racing games like Forza and Gran Turismo, the steering is gradual and pressure sensitive, meaning that when you apply light pressure to the thumbstick or D-pad, your car slightly turns, and when you apply more pressure, your car turns more. This isn’t the case in Real Racing 3. 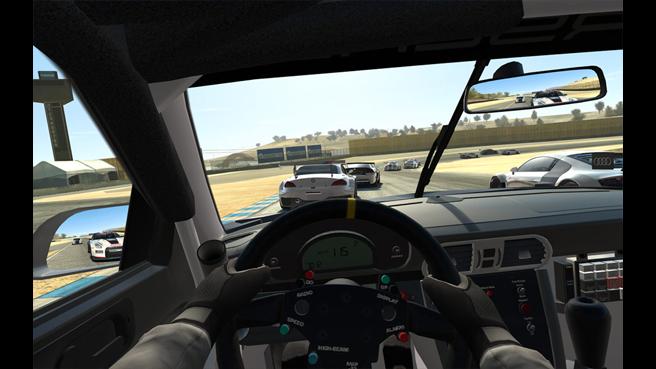 Instead, no matter how much pressure you apply to the thumbstick or D-pad, your car either doesn’t turn at all, or it turns all the way, making it a constant battle not to oversteer whenever you go into a turn. It’s the same way with the throttle and the brakes.

It’s something I expect in old arcade racing games, but in a racing simulator like Real Racing 3, it’s unacceptable. I’m not sure if this is just the way the game is programmed or if it’s the controller’s limitations, but it’s clear that someone somewhere needs to fix something about this.

Lastly, the game wasn’t saving and loading my latest progress. I ended up playing Real Racing 3 back and forth on my iPhone and Apple TV, and not once would it accurately load my latest activity, making it a real pain in the rear end if you care about progress and achievements.

In the end, Real Racing 3 on the Apple TV is such a fantastic idea. It’s a great reason to get a new Apple TV, but its execution is just terrible. It’s a pain to navigate around menus; the steering on a controller is awful, and there’s something messed up about the game’s cloud saving system.

It’s a fun game to play on the iPhone still, but rather than play the game natively on the Apple TV, it’s best to stick with AirPlay for now.