In this guide we’ll take you through everything we know so far about the LG G8 ThinQ and if it’s worth waiting for. Buyers have plenty of great phones to choose from right now and more are coming in the next few months. Devices like the Google Pixel 3 XL, the LG V40, or even the new Galaxy S10. However, LG fans will want to wait for the LG G8 launch.

Phones changed a lot last year. Screens are huge, bezels are small, cameras are in the screen, and technology is vastly improving. LG aims to continue that with groundbreaking new tech in the G8.

For starters, the Galaxy S10 launch is almost here, Apple iPhone 11 rumors are swirling already, a new OnePlus 7 is coming, there’s the Pixel 4, and we’re already seeing some big changes from LG ahead of the LG G8 release. Here’s what you need to know.

As you probably guessed, LG is already working on a brand new G8 for 2019. And while the phone is probably still a month or two away, we’re already starting to hear talk of a 4K screen, tear-drop notch, more cameras or a 3D camera, and other rumors. Plus, LG recently confirmed the front-facing ToF camera array and confirmed the entire screen will act as one big speaker. Yes, the screen is the speaker.

Unfortunately, a recent leak suggests the LG G8 won’t stand a chance against the Galaxy S10 and will be very similar to the G7 and V40 last year. As in — missing most of the tech we expected in 2019. At the same time, LG just confirmed the launch event and already starting hyping up some neat new technology. 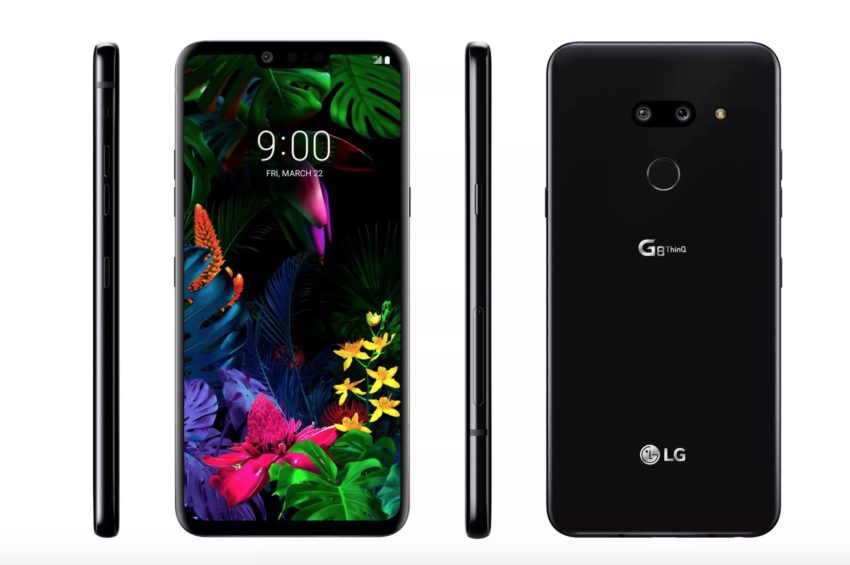 This is the LG G8. Image by @evleaks

According to the popular leakster @UniverseIce LG is planning a beautiful new 4K display for the LG G8. Based on the image above, that might be the only substantial upgrade. We expected a bezel-free screen with a tiny notch, cutouts for the camera, or in-display fingerprint scanners. This suggests NONE of that.

Keep in mind that LG’s phone does have substantial upgrades, just not where most users expected. We’re getting better performance, a bigger screen, iPhone X-style ToF sensors for Face-ID, and a groundbreaking new Crystal Sound on OLED speaker panel. Meaning sound will come out and from the screen, along with the regular speaker. Making the best sounding smartphone even better.

Plus, LG recently put the “turnaround expert” from its highly successful TV division in charge of mobile, so people should prepare for LG to change things up in 2019. It might take a few months, but expect something different with this phone and the LG V50 later this year.

Either way, there are some very tempting phones available right now, and in this guide we’ll take you through the best reasons to wait for LG’s G8 ThinQ or why you shouldn’t wait and look elsewhere today.