When it comes to buying wireless earbuds there’s no shortage of options these days. However, two of the best choices are the Samsung Galaxy Buds and Apple’s AirPods from 2019. Here’s how they compare for potential buyers.

Samsung’s Galaxy Buds are giving Apple’s AirPods a run for their money. That said, they both have pros and cons, not to mention AirPods don’t play very nice with Android phones, making the choice pretty straightforward for some.

Here, we’ll break down the design, specs, features, battery life and sound for those considering some wireless earbuds. 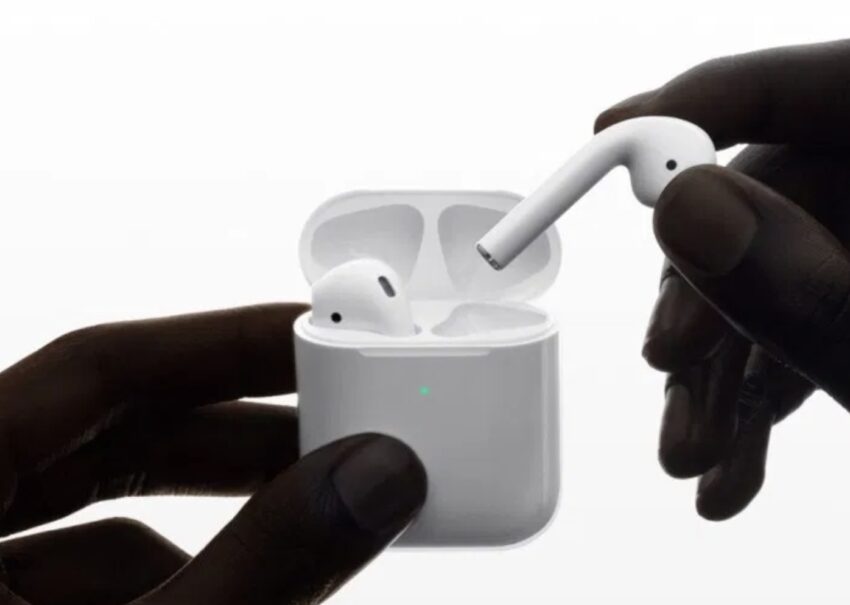 When it comes to smartphones, you probably have an iPhone or a Samsung Galaxy — or some other Android phone. With wireless earbuds though, the choice isn’t quite as clear simply because everyone seems to be making a pair. That said, if you have an iPhone you’re probably considering the AirPods while Galaxy owners are looking at the Galaxy Buds.

However, iPhone owners can still use and enjoy the Galaxy Buds, and some Android users might even consider the AirPods for multiple different reasons.

So, if you’re not sure which one to choose between Apple’s AirPods (2019) and the Galaxy Buds, we’re here to help. We’ll quickly break down the pros and cons of these wireless earbuds to help you choose the right ones for your ear.

There’s no arguing that the original AirPods from 2016 really kicked off the truly wireless earbud movement, even if they do look like Q-tips coming out of your ears. Still to this day, you see them everywhere, brands are copying the design, and they’re still wildly popular. 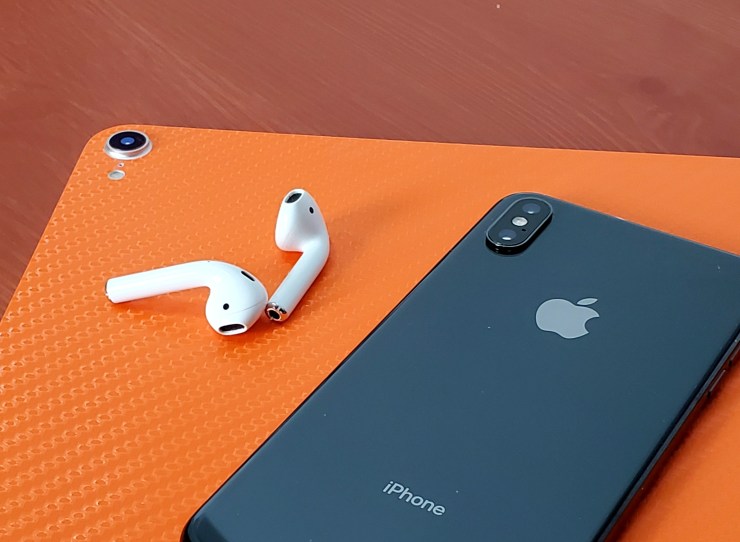 Both of these earbuds have a very distinctive style that likely won’t be changing, as its part of the “brand” identity. With the AirPods, you’ll probably love them or hate them, and there’s not much of a middle ground. It’s basically Apple’s popular earbud stem without the wire. Memes are everywhere making fun of the look but Apple is still using it proudly.

On the other side of the aisle, we have the Samsung Galaxy Buds with a bigger yet more traditional design. They occupy your entire ear opening, rather than protruding out and having all the technology and sensors inside the stem. It’s a completely different design approach. Overall, even though they look a lot bigger in your ears than the AirPods do, they’re still very compact — especially compared to some of the cheaper competition on the market. 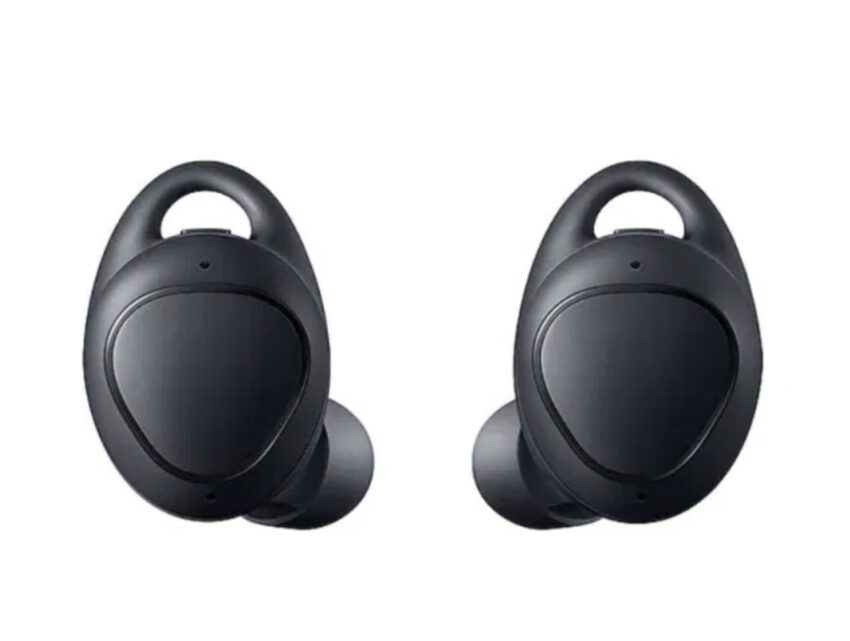 Honestly, this all comes down to your personal preference or style. For me, the Galaxy Buds stay in my ears better not to mention block outside noise, but they’re not as comfortable. They’re true in-ear earbuds, while the AirPods are wireless buds. The AirPods (2019) simply rest on your ear so while they’re comfortable, they aren’t very secure.

Again, it’s not only a personal preference, but it’s also a ‘love it or hate it’ thing.

When it comes to features both the Samsung Galaxy Buds and Apple AirPods lead the pack, as long as you’re using that brand’s smartphone at the same time. This is also where things get a little muddy and confusing. 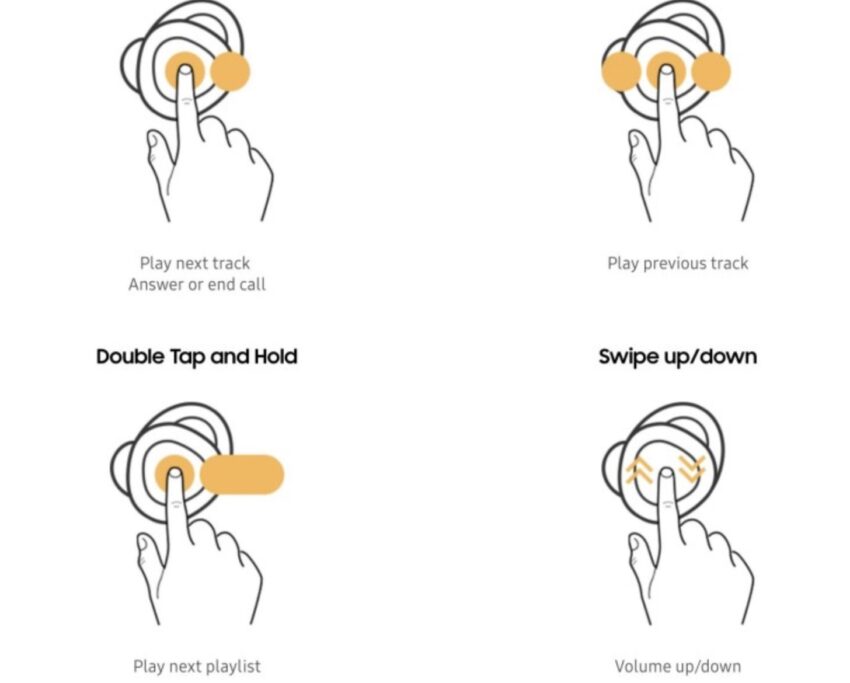 Both earbuds have easy touch controls to fire up Siri, Bixby, or the Google Assistant, which is nice. Not to mention pause/play, answer calls or quickly change tracks to the next song. Those are all standard features we all expect to have. They both pair quickly to your phone, too, as long as that’s an iPhone or a Samsung Galaxy. Otherwise, you’ll be fumbling through the Bluetooth settings menu on your device.

Using a Samsung phone the Galaxy Buds connect with ease, and they pair quickly to my old Google Pixel C tablet too. That said, we see a lot of complaints online about them struggling from phone to phone, even on Galaxy devices, so that’s one thing to consider. As long as they have enough battery I don’t have problems.

Apple’s AirPods pair very quickly to an iPhone thanks to the new H1 chip built by Apple for its headphones. Those using an iPhone will instantly see the buds on-screen when they open the charging case, and connectivity is a breeze. Honestly, it’s a far better and more elegant solution than Android has, even though Samsung’s tried to integrate something similar to its latest software updates. 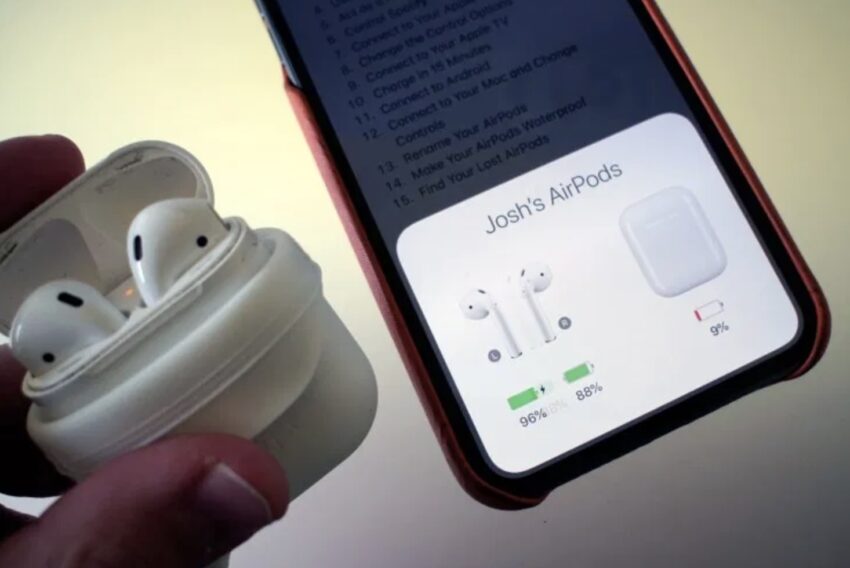 Perhaps the biggest benefit in terms of features or where Samsung is ahead is in the design of the earbuds or the accompanying Galaxy Wearable app. They have changeable tips and seal in your ear, giving you better sound and less environmental noise. The AirPods don’t do that. Furthermore, with the Galaxy Wear app, you can adjust the bass and have access to a full EQ settings list. You can even allow some outside noise in with the “ambient sound” controls.

As expected, the Galaxy Wear app is only available on Android, so if you have any Android device that’s likely a better route than the AirPods. On the flipside, AirPods have better connectivity with Apple devices. So, basically the results are just as one-sided as we expected.

Aside from sound quality and device compatibility, the most important thing to me is battery life. That’s another area you’ll want to consider when looking at these two headphones.

By the numbers and the spec sheet, Samsung’s Galaxy Buds beat Apple in this department in one way but lose at another. For one, the Galaxy Buds last around six hours, plus you’ll get another 6-8 hours from the battery inside the charger and carry case. So around 12-14 hours total on a charge. That initial six hours of usage is nice, and we can confirm they do last that long even at high listening levels.

However, Apple’s charging case packs more juice or is more efficient, because it lasts for about 20 hours before you need to recharge your AirPods and the case they rest in. That’s a pretty big difference and something you’ll want to consider. 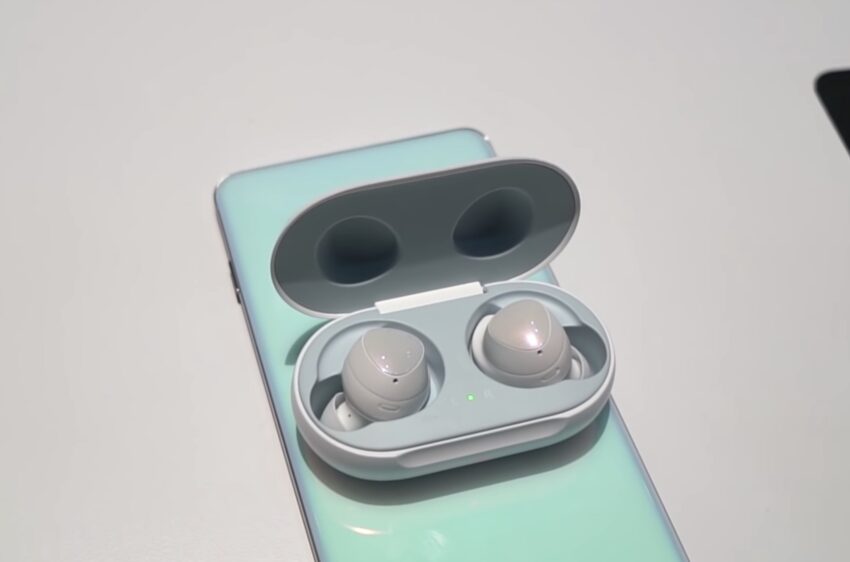 Both headphones charge while inside the carry case, which is nice, but Samsung has another advantage here. They accept USB Type-C so recharging is fast, plus the case supports wireless charging. Apple doesn’t unless you spend an extra $40 for the wireless charging case.

These certainly aren’t audiophile-grade headphones, but for the average person that wants the convenience of wireless earbuds they sound great. Sound is objective and everyone has different ears, wants or needs. That said, these are two of the better options in the wireless earbud category. 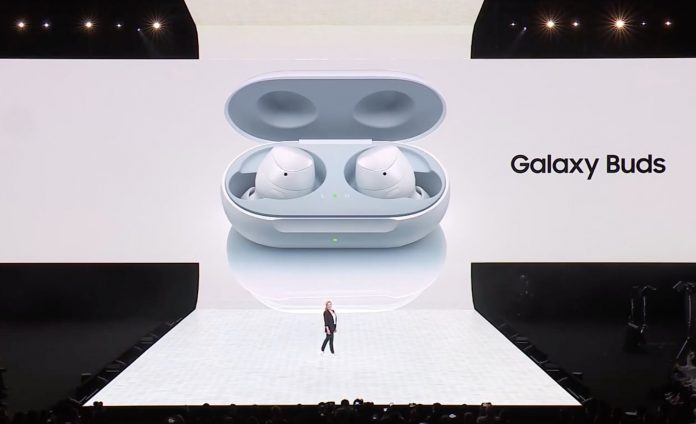 As far as sound goes there is no clear winner. As I said earlier the Samsung Galaxy Buds seal in your ear, which technically gives you a better soundstage, deeper bass, and a more full sound. They’re warm, balanced, and support some advanced wireless audio codecs. For the price and being over Bluetooth, they sound pretty great.

Apple’s AirPods sound pretty good too. If you’ve ever used the wired Apple Buds several years ago with an iPod or iPhone you basically know what to expect. Yes, the sound is a little better these days, but not by much. Apple’s 2019 AirPods have a clean and lively sound, a decent soundstage considering they just sit in your outer ear, and they have pretty great treble. For me, they could use a little more bass, and at high volume levels they can sound pitchy.

Overall, these are two earbuds that sound great and will get the job done in class, around town, at the gym, or wherever else you’re casually listening to music, podcasts, or watching Netflix.

Now that AirPods aren’t so hard to find and sold out everywhere, you can walk into almost any electronic store like Best Buy, Walmart, or Apple shop and get a pair starting at $159. 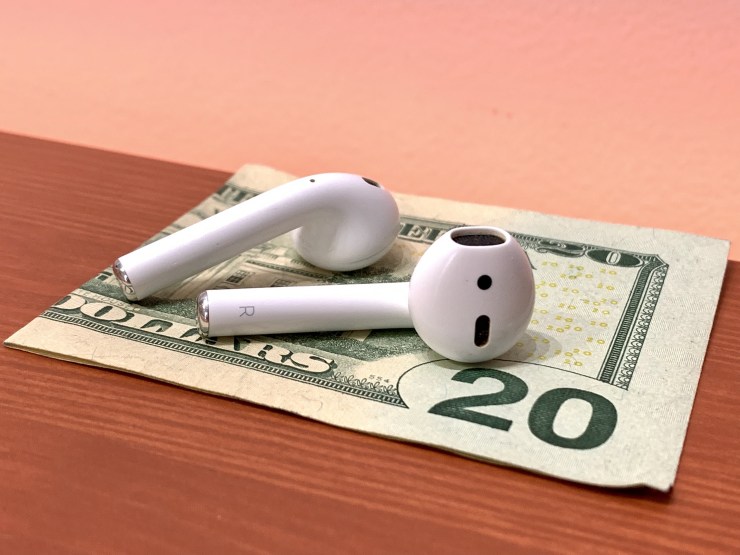 Right out of the gate though, Samsung’s Galaxy Buds undercut the AirPods as they only cost $149, and that’s with wireless charging. If you want the wireless charging case on the AirPods you’ll be spending $199/£199/AU$319. Furthermore, now that the Galaxy Buds are a little older and a new Galaxy Buds+ are on the way, you can often find them on sale for around $100. Making them 50% cheaper than the 2019 AirPods.

Or, if you have the original AirPods you can always give Apple $80 for the wireless charging case, but that’s a lot to spend just for a little added convenience.

Basically, this one is a toss-up. The Galaxy Buds are cheaper and have wireless charging, and are often on sale. However, things will change when the new Galaxy Bud+ comes out and we compare them to the AirPod Pros.

Both the Galaxy Buds and AirPods (2019) have similar battery life, the same specs, good sound, and are roughly the same price. So, what it really comes down to is your style preference and which phone you have in your pocket. Instead of comparing the weird design or if the Buds will fit your small ear canals, think about which smartphone ecosystem you use.

If you have an iPhone or an iPhone you’ll likely just want to get the AirPods. Or, if you use a Samsung phone but have an iPad at home, and typically only use your headphones with your iPad, get the AirPods. You’ll get all the benefits of Siri, the H1 chip, and that Apple goodness you so desire.

Then, if the grass is greener on the other side and you’re a Samsung or Android user, the benefits of buying Samsung’s headphones and its Android app will likely steer you to the Galaxy Buds.

If you use iOS devices get the AirPods, and if you enjoy Android get the Galaxy Buds.

Then, if you’re not sold on either of these options consider one of the awesome earbuds from our selection below.