With the Samsung Galaxy Note 10 launch finally here and the release date only a week away, exciting information and new rumors continue to emerge. Here, we’ve gathered all the latest Galaxy Note 10 and Galaxy Note 10+ news, leaks, videos, and specs into one place for excited fans.

While the Galaxy S10 has a beautiful design and a big screen, we’re expecting even bigger things from Samsung and its multiple Galaxy Note 10 models. Yes, they will release at least two different versions of the Galaxy Note 10, and possibly a third. 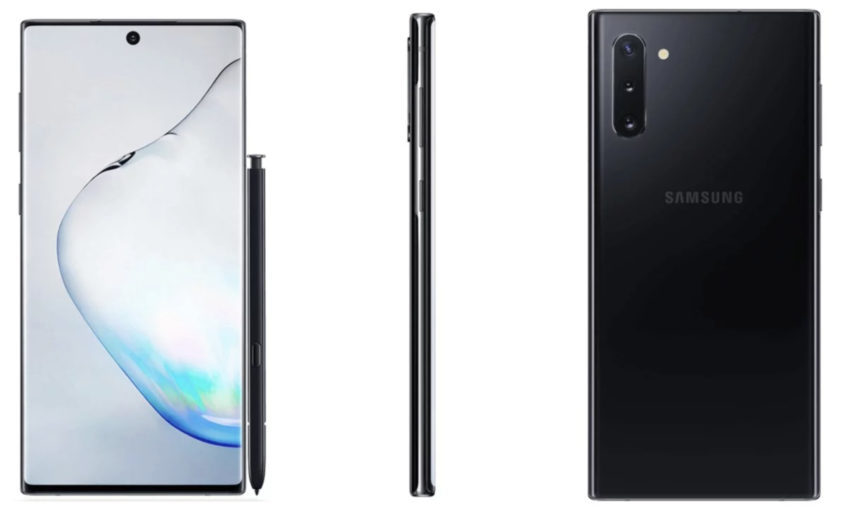 This is the Galaxy Note 10

This is the 10th anniversary of the Samsung Galaxy Note 10. Which is why Samsung introduced amazing new technology this year like the in-display fingerprint scanner, camera cutouts in the screen, and a triple camera setup on the back.

Now that you know a few important details and we’ve answered some general questions, here’s everything we know, the latest leaked video and more to get you excited. 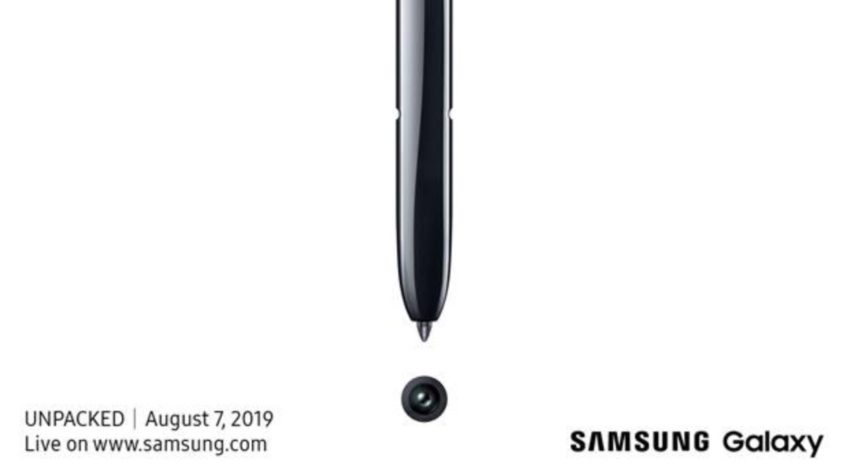 That said, Samsung recently opened pre-orders and the fine-print suggested all pre-orders will arrive by August 23rd. Furthermore, we now have final pricing information, along with official photos of the device courtesy of @evleaks.

Plus, we’re still getting a lot of news, rumors, and reports about these phones. Whether that’s the talk of a new super-fast charging, different camera setup, or the cutout in the screen for the front-facing camera. At the end of June, we received our first real photos of the phone, followed by even more information. 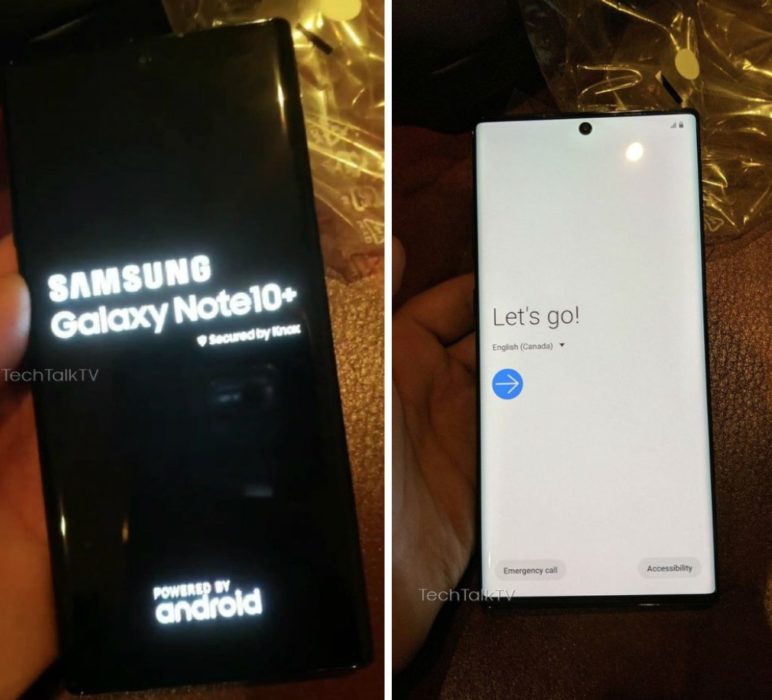 Plus, the always reliable leakster @Iceuniverse just revealed two very exciting new tidbits. The Galaxy Note 10 will use a brand new triple-stage aperture in the camera to take amazing photos. That means the main 12MP camera will have an aperture of F1.5/F1.8 and F2.4. Samsung’s Galaxy S9 was the first ever dual aperture phone (F1.5 and F2.4) so this is really exciting. Potentially letting the main camera get the perfect shot almost every time.

Samsung China engineers said that the Note10 camera will use a three-stage variable aperture: F1.5/F1.8/F2.4

The leakster further goes on to suggest that the Note 10 will have the smallest bezels of any Samsung phone to date, and nearly zero bezel or “forehead” at the top. In fact, it’s so small that there’s no room for a speaker grill or a notification LED. As a result, the Note 10 will be Samsung’s first phone to use its new SoD tech, which stands for Sound on Display. The entire screen will act as a speaker. Plus, this new video from Samsung hints at major productivity controls.

Say goodbye to hassle, and hello to powerful!
Register now on https://t.co/ZwHvMZlCpg & get a chance to win the Next Galaxy!

Next, the always reliable @OnLeaks released photos and video of it from every angle courtesy of the site 91mobiles. New case leaks seemingly confirm that design, too.

Perhaps the biggest news is that Samsung will offer 2-3 different Galaxy Note 10 phones in 2019. Those include the main flagship Galaxy Note 10+ with a massive 6.75-inch (listed as 6.8-inches) screen, then a smaller 6.28-inch Galaxy Note 10. Unfortunately, the smaller model is NOT a “budget” device, it’s simply got a smaller display, and that’s all.

And yes, we know these names are getting out of hand. The Galaxy Note 10+ 5G is a mouthful.

We’re expecting the same powerful specs under the hood as the Galaxy S10, anywhere from 8-12GB of RAM, tons of storage options, a ceramic model, and a significant upgrade to the battery life. Rumors of a 4,500 mAh battery in the bigger Galaxy Note 10 is perhaps the most exciting aspect of the phone.

Galaxy Note 10: All The Important Details

We could go on and on about the sleek design, cutout in the screen for the front camera, talk about the big curved AMOLED displays or how many cameras these phones will have. For now, those are all rumors. So, instead, we’ll simply share a few things we think are 100% known, accurate, or facts, along with some key important details for buyers.

For the past four years Samsung has released two Galaxy S phones, then a bigger Galaxy Note later in the year. For 2019 they completely changed things up, so we’re not sure what to expect for the second half of the year. They offered even bigger Galaxy S10 and S10+ phones, and a smaller, flat, affordable Galaxy S10e.

We believe they could follow that same approach for the Galaxy Note 10 series. Offering a slightly smaller, flat-screened budget Galaxy Note 10e for those that want the stylus experience on a budget. Then a big powerhouse flagship phone for everyone else — the Galaxy Note 10+. Or, just match the S-series with a regular and Plus variant. We’ve seen the name “Pro” a lot, but the latest real photos show “Galaxy Note 10+” as the model name. 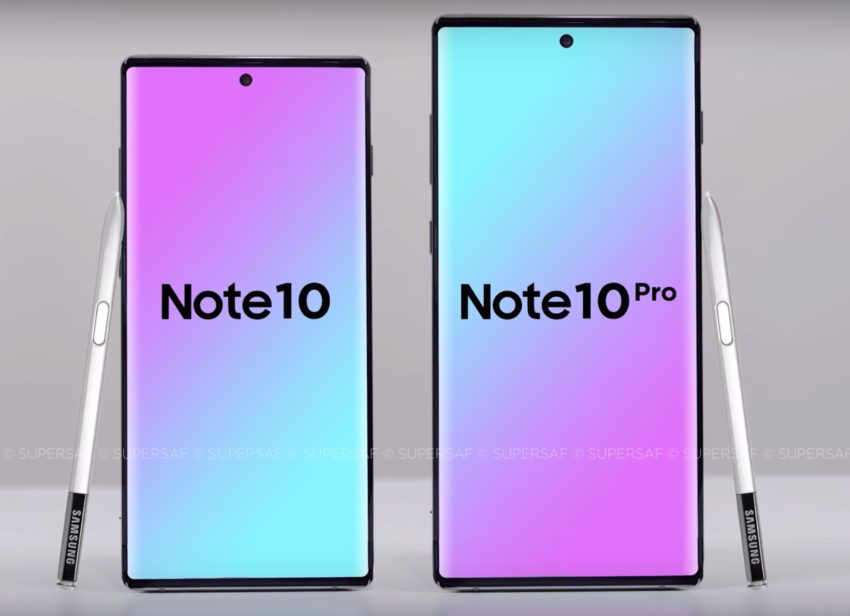 We’re also hearing that while they’ll both have 25w faster chargers in the box, the Galaxy Note 10+ will be capable of 45w charging, you’ll just have to buy the faster wall plug for those speeds. That’s Samsung taking a page out of Apple’s book to make more money.

Furthermore, @evleaks states the Note 10 will come with Qualcomm’s new faster Snapdragon 855+ processor, while other leaks claim only models outside the US will have the plus variant. We’ll have to wait and see.

Keep in mind that this list is just speculation, but we’re fairly confident in most of the information. Basically, the Galaxy Note 10 series will follow a similar trend as previous years and match the Galaxy S10 in most areas, while offering a few big improvements to key components. Multiple leaks have all but confirmed the bigger 4,300 mAh battery in the Note 10+, which is exciting. 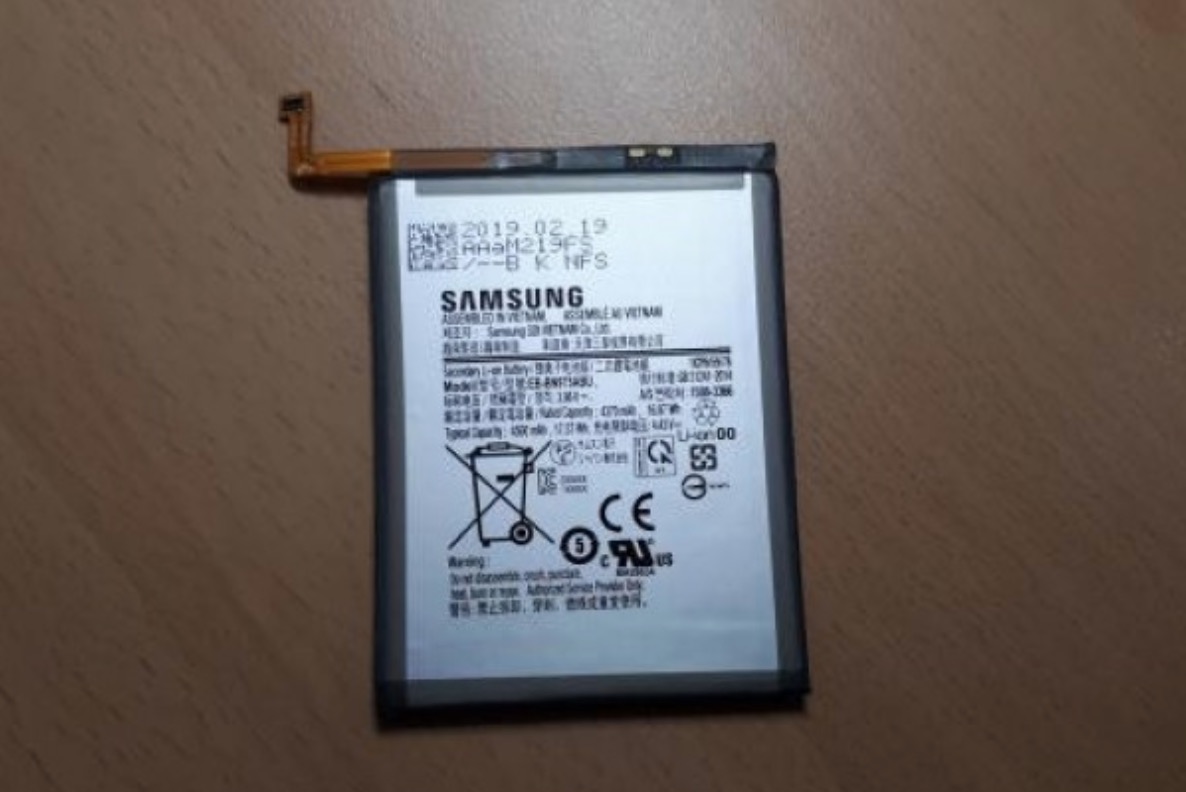 If Samsung throws a massive 4,300 mAh battery in the phone and packs on its latest cutting-edge 45w wired charging, the Galaxy Note 10 will be a winner. It looks like the phones will come with Samsung’s first-ever 25w charger in the box, but they’ll sell the 45w option too if people want to pay more for even faster charging.

Galaxy Note10, with a 25w charging head, has been confirmed. pic.twitter.com/9GdJ9fE8MR

If you do manage to burn through the huge battery, it’ll top off extremely fast. However, making room for all of this technology means Samsung removed the headphone jack. Which is unfortunate for those that still care.

With three different Galaxy S10 phones in 2019, Samsung really shook up its pricing strategy. Mainly to compete with the budget iPhone XR and cheaper devices like the OnePlus 6T.

Now, here’s what the latest leaks suggest, which is very unfortunate as it looks like both models will be very expensive.

Those prices are just a guess. However, leaks suggest the smaller Galaxy Note 10 could potentially cost $999, which sounds insane. With the company asking around $1,100 for the bigger Galaxy Note 10+. Then, Samsung’s biggest and best device with 5G will cost even more. So much for undercutting the iPhone 11 Max in pricing, right? 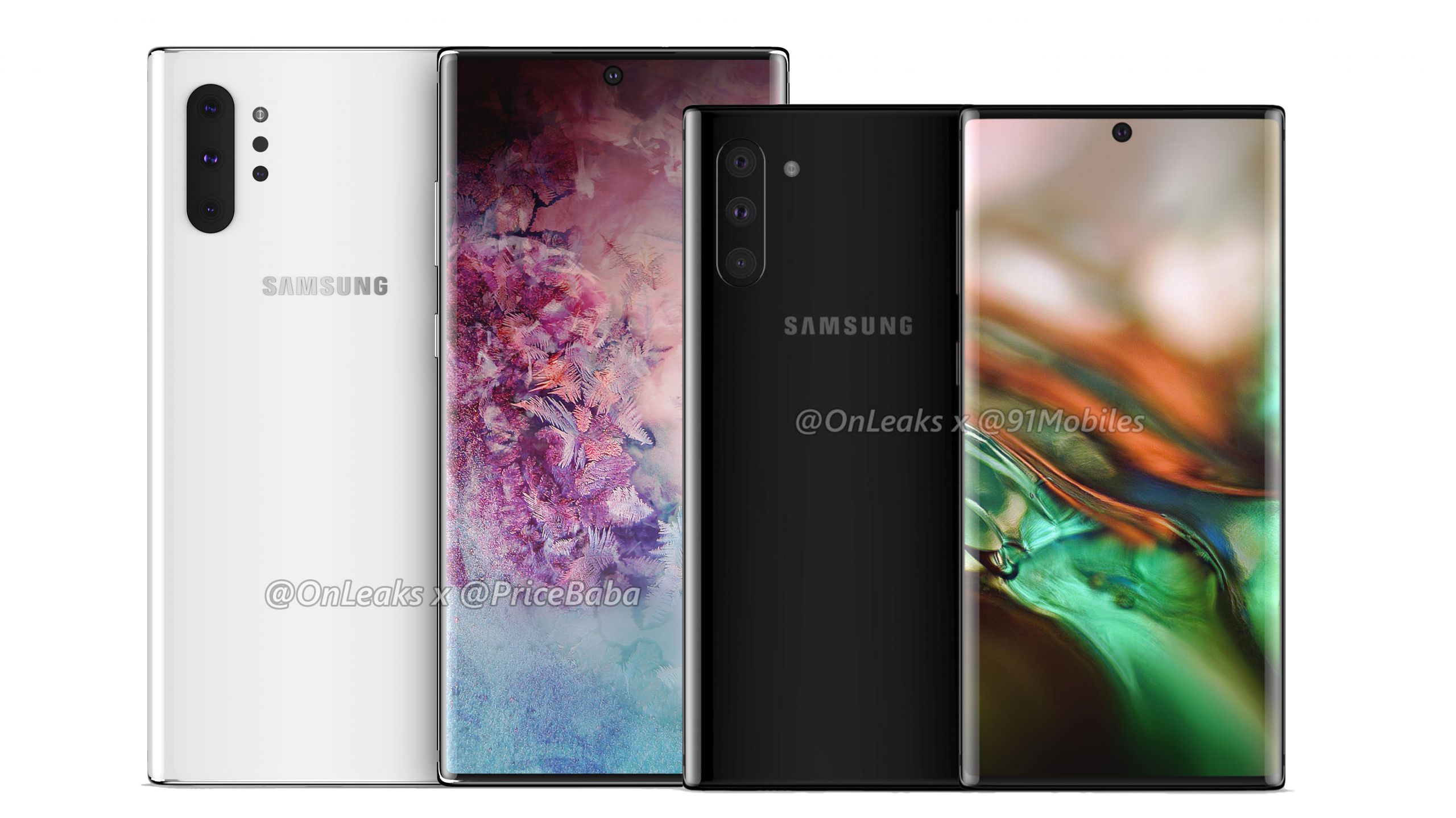 However, trusted leakster IceUniverse claims that Samsung will completely ditch the dual front-camera setup we saw with the Galaxy S10+, and stick to a single small centered cutout in the screen. Personally, this is a smart choice. Two front cameras are unnecessary. 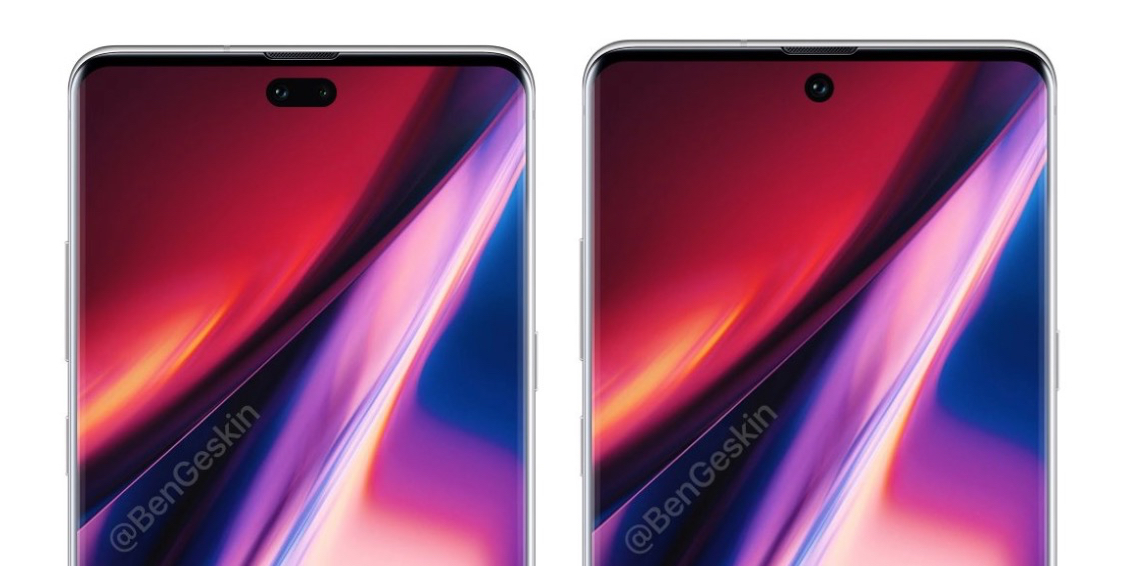 Concept based on leaks by @BenGeskin

Sadly we believe Samsung will use mostly the same cameras as the S10 from earlier this year. They’re saving the biggest changes and an all-new sensor for the Galaxy S11 in 2020. However, the Note 10 will still take amazing photos with the 3-stage variable aperture sensor.

Now that we’ve told you all of this, your biggest question is likely “When can I buy the Galaxy Note 10?”. Just like Samsung does every year, they’ll announce and release these phones ahead of the yearly IFA tradeshow event in Berlin, Germany. And, just as expected, the official Galaxy Note 10 launch event is scheduled for August 7th in New York City.

In closing, we’ll share a few other last-minute details, new renders and concepts, or anything else in this section. For one, at the end of May Samsung announced a crazy new 100w charging system they could employ in smartphones soon. We’re not sure if that’ll make it into the Galaxy Note 10, but if so, it would make it one of the fastest recharging systems of any smartphone. They’ll probably save it for the Galaxy S11. 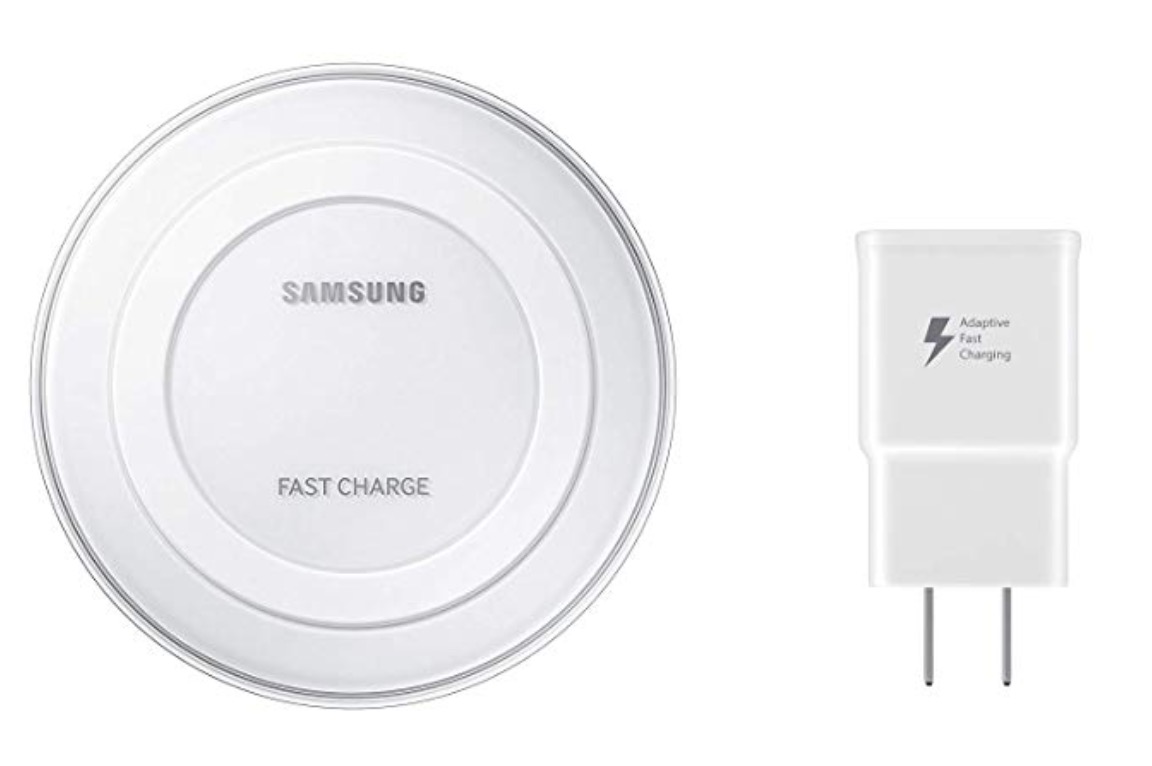 Additionally, Samsung has a new higher speed “fast wireless charging” system they introduced with the Galaxy S10 5G, which will likely be in all models of the Galaxy Note 10. Essentially making it Samsung’s biggest, best, fastest phone with the biggest battery they’ve ever used to date and several quick charging technologies. The idea here is owners won’t have to worry about running out of juice during a busy day, and if they do, it’ll recharge quick.

We’re also hearing rumors about several neat new S-Pen controls, gestures, and wireless tools similar to what we saw with the Note 9. And considering the launch event image shows the S-Pen and the camera, we have a feeling software enhancements will be a big part of the launch. Last year Samsung turned the S-Pen into a remote control for slideshows, presentations, a camera shutter button and more. We’re expecting those ideas to continue into the Note 10 stylus, software, and even “Dex Live” where users can wirelessly turn the phone into a PC-like experience on any monitor or TV.

Either way, expect more information over the coming days and August kicks off. Either way, you only have a few more weeks to wait until you can walk into a store and buy one. We’ll continuously update this post with the latest info as it becomes available.