With the Samsung Galaxy S20+ readily available and the LG V60 here to take it on buyers have a tough choice to make. This year phones are bigger, better and faster than ever before, and these are two of your best options so far in 2020.

In this Galaxy S20+ vs LG V60 ThinQ comparison, we’ll go over everything you need to know about both and how the specs, features, and cameras compare to help you choose your next phone.

Samsung just released three different versions of the Galaxy S20, and this year LG is offering the V60 in March instead of near the end of the year, giving buyers two flagship phones with a lot to offer. And while this makes the choice more difficult, it’s always better to have options, and now you have several screen sizes and price points to choose from. 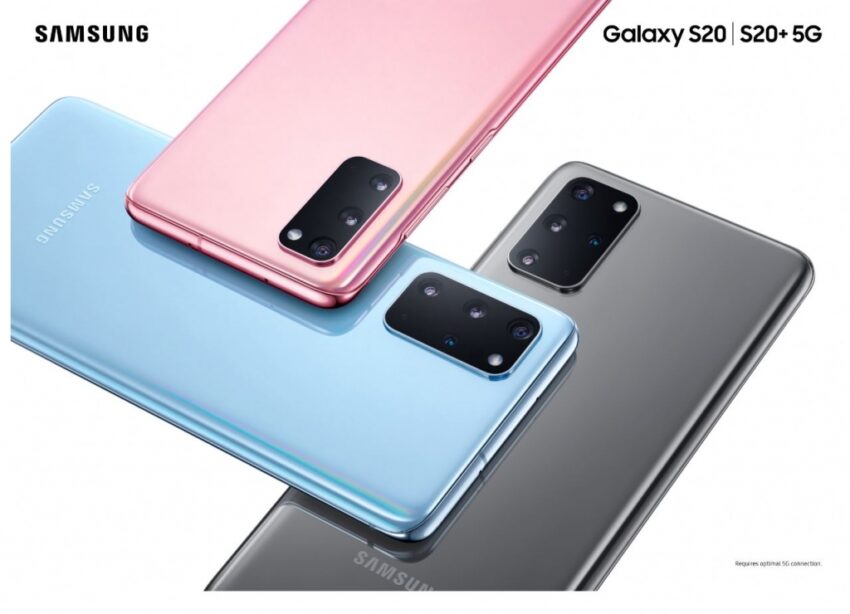 Surprisingly enough, these two phones are very similar across the board but there are a few differences you’ll want to absolutely pay attention to. They’re very similar under the hood and in terms of the overall look, although the V60 looks more like a Galaxy S10+ than the new Galaxy S20+.

They both have a similar screen size, and the LG V60 actually sits right between the Galaxy S20+ and the Galaxy S20 Ultra. Both phones have plenty of power thanks to the latest Qualcomm processor that delivers a smooth user interface, video streaming, or gaming experiences. They both have plenty of storage, lots of RAM, and optional upgrades. The Galaxy S20 comes with 128GB of storage, which is more than enough for most along with 12GB of RAM, which is overkill for a phone.

Likely to keep the price down the LG V60 only comes with 8GB of RAM, which is plenty, along with 128GB of storage and a massive 5,000 mAh battery. The V60 has a headphone jack, too. Honestly, that big battery is likely one of the most important aspects of this phone, and will make you seriously want to consider it over the Galaxy S20+. 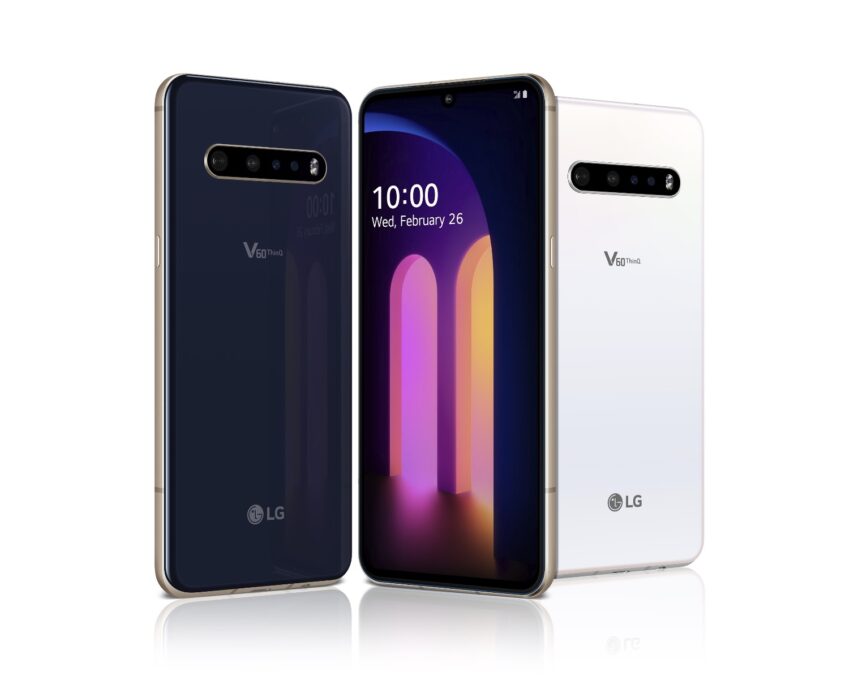 LG isn’t using a Quad-HD screen or a high refresh rate. And while some will consider that a con, as it’s not as good as the S20, you’ll get substantially better battery life as a result.

The biggest differences between these phones will be the camera experience, where Samsung usually wins, the screen, and then the software. So, we’ll break down those areas with a few more details for potential buyers.

Last year LG added a ton of sensors at the top of the phone and added a notch like Apple. Thankfully, this year they ditched that completely and the only thing stopping it from being an edge-to-edge display is a tiny circle for the front camera — just like Samsung. However, Samsung has a cutout for the camera while LG added a circle teardrop notch up top.

Just like they’ve done for several years, LG chose a screen size that fits perfectly between two of Samsung’s main options. That way buyers have an option if one is too big and the other one is too small. That said, 6.8-inches is the biggest we’ve seen LG offer in a while, so no matter which phone you choose you’ll have to get used to a massive screen.

Samsung is using an all-new screen with a 120Hz refresh rate, where the screen refreshes 120 times per second. Users will notice devices feel faster, more smooth, and more responsive thanks to this technology. We expected at least a 90Hz panel from LG, but we didn’t get one. It’s also only a 1080p screen which some people won’t like.

Honestly, I don’t mind the 1080p resolution or the 60Hz panel, as that will ensure excellent performance and truly all-day battery life with the LG V60. I’m pretty confident it’ll absolutely last longer than the Galaxy S20. 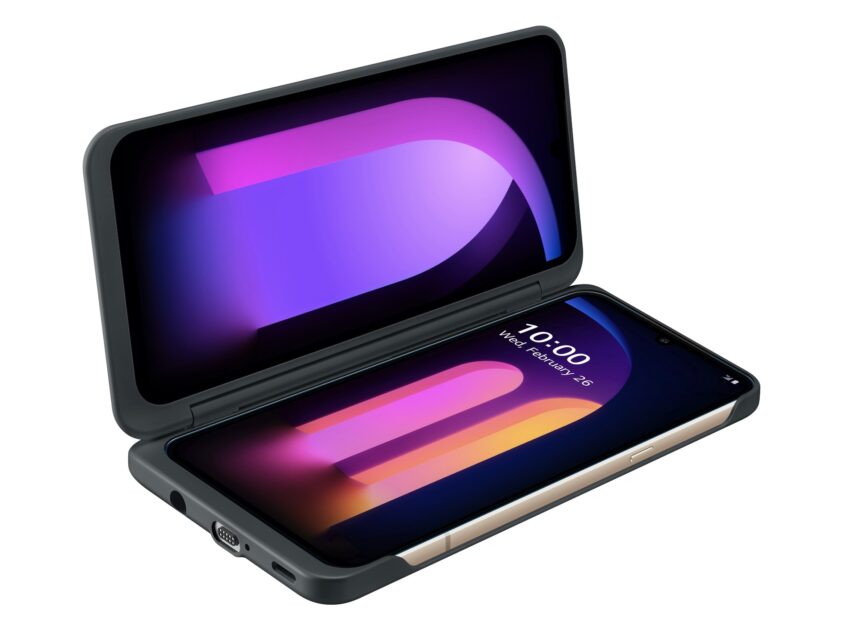 LG’s popular second screen case accessory will come with every LG V60, too, which gives you a secondary 6.8-inch screen to mess with when you want. So, while it’s a 6.8-inch phone you can easily turn it into a 14-inch tablet whenever you want. That’s pretty neat, right?

Both phones have curved glass displays, a metal frame, and glass covering the back too. Both phones will be quite fragile and you’ll want a case.

Next, we want to briefly mention the cameras on both of these phones, as that will be the strong suit and selling point for many. Both the Galaxy S20 and the LG V60 have substantially upgraded cameras compared to previous years. That said, the LG V60 does NOT have a telephoto zoom lens, while Samsung actually went really big on zoom tech. If that’s important to you, skip the V60. 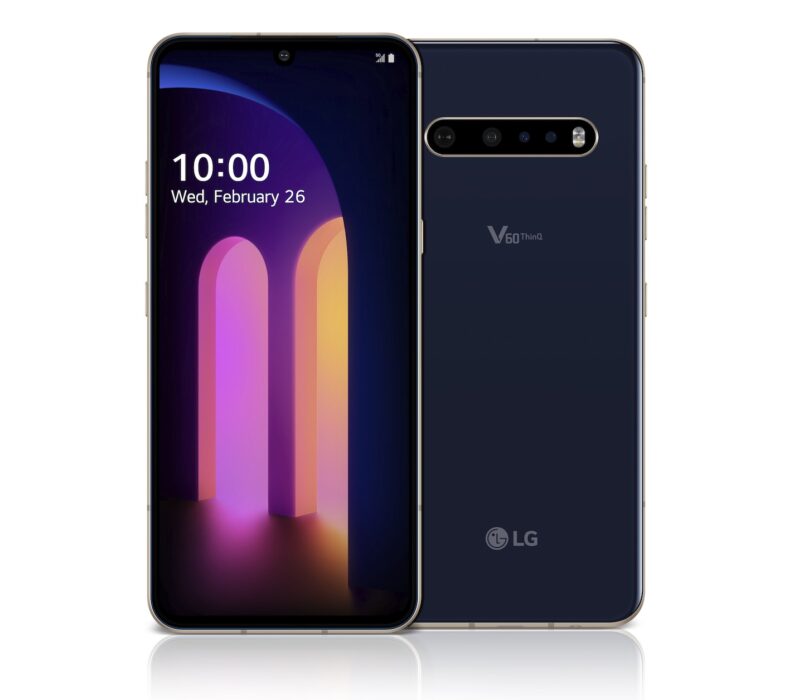 Again, two similar overall setups with a different approach. Samsung is using an upgraded yet similar main camera as previous models, which takes great photos. Then, they’ve updated the telephoto camera to something new that does 3-30x optical and digital zoom, and so far the results we’ve seen are excellent. Furthermore, that lens can take 8k video too.

Then, LG did the opposite and upgraded its main camera to 64MP, which will do Pixel-binning to deliver excellent 16MP photos when you just shoot regularly. Then, there’s a 13MP wide-angle lens that they’ve offered for several years along with a new ToF sensor to help with information gathering and depth-of-field.

If we had to guess, the Galaxy S20+ will be the better of the two, as Samsung typically leads the pack when it comes to camera performance. Plus, early reviews suggest the Galaxy S20 family has an amazingly capable camera setup.

If there’s one area the LG V60 will probably beat Samsung (aside from pricing) it’s on overall battery life. This year LG came out swinging and threw a massive 5,000 mAh battery inside the LG V60 ThinQ 5G. We think that might help it be the battery life champ in this new 5G world.

The LG V60 is only a hair bigger than the Galaxy S20+ but has a way bigger battery that doesn’t have to do nearly as much work. Yes, the Galaxy S20 Ultra has a 5,000 mAh battery also — but that phone packs a bigger higher resolution and refresh rate display — not to mention costs $1,400. LG’s V60 is only 1080p and still 60Hz, yet has a huge 5K battery. It’s really exciting.

We won’t know more about battery life until we see just how much the big 120Hz screens and 5G speeds drain the battery on the Galaxy S20, but we have a feeling it’ll make a huge impact. That leaves the LG V60 to last longer than any of Samsung’s new phones, and easily get you through an entire workday.

Another thing we need to briefly mention is 5G, simply because that’s the next big thing. We’ll keep this short and sweet.

Yes, both the Galaxy S20+ and the new LG V60 ThinQ have 5G built-in. They work on almost all major carriers in the United States and around the globe. If you’re interested in 5G both of these phones should be on your radar.

And finally, we want to talk about the release date and pricing for these phones. Obviously, when they’re available and how much are two very important topics — especially the pricing.

As you probably know, the Galaxy S20 family of phones are all super expensive. Samsung’s new phones came out in early March and are available everywhere as we speak. The LG V60 however, hits carriers in the United States near the end of March and starts at $799 without the second screen, and a little more with the neat accessory.

Here’s the pricing for the Galaxy S20 along with what we expect from LG.

See the difference here? The LG V60 is comparable to the Galaxy S20+ and sneaking up on the Ultra, yet will cost less than Samsung’s cheapest regular Galaxy S20. LG didn’t announce full pricing and availability yet, but they did confirm the LG V60 price will fall “under $1,000” which is a big deal. We’ve since seen pricing from carriers like Verizon for around $949, and a little less at AT&T and T-Mobile.

If you don’t want to spend $1,200 on a new phone consider waiting for devices like the LG V60 or the OnePlus 8 Pro.

In closing, it’s hard to completely compare these two phones this early, and we’ll have a lot more information once we get our hands on both for some testing. That all said, getting an experience comparable to the Galaxy S20+ which costs $1,199 for under $900 makes this a tough choice.

Either way, these are stacking up to be two of the best smartphones for the first half of 2020, if not the entire year. You should definitely consider buying one of these instead of something released last year.