You shouldn’t buy the Pixel 2 XL yet. There are too many display problems and issues to take a gamble on this phone until Google figures out what they are doing with the phone. The smaller Pixel 2 remains a good buy, but with display oddities and now burn in after a week, it’s a hard pass on the Pixel 2 XL. Here’s what’s happening and why you shouldn’t buy this phone yet.

Google responded to this issue by extending the warranty to two years, detailing plans for a color management to the software and they will replace phones that experience burn in under the warranty. You can learn more about these changes in the Pixel User Community.

Some reviewers and users complained about display issues when the Pixel 2 XL first went on sale, but this did not impact all users and Google replied that they are working on a potential software update that will allow users to change the color profiles. Potentially frustrating, but not an absolute deal breaker even though it is a problem with the main way you see and interact with your $849 phone.

The latest issue is display burn in, which is setting in just a week after getting the phone. The Android buttons at the bottom of the screen are burning into the display so that you see traces of the button when there shouldn’t be any buttons showing. So far our Pixel XL 2 screen is not showing burn in, but so far there are enough complaints that you should wait to buy the Pixel 2 XL. Here’s what they look like.

That's some pretty wild OLED burn-in on the Pixel 2 XL after maybe 7 days of full-time use pic.twitter.com/EPJTs6D0Kg

Pixel 2 XL Burn-in is legit! This is mine. And yeah, that splotch on the screen is the polarizer. This display is not satisfactory.

It is possible that we are looking at ghosting, which can go away, and not burn in, but no matter what the technical term is, this is an issue that you should wait to see addressed and fixed before you buy a new Pixel 2 XL. Speaking to Android Central, a Google spokesperson talked about how awesome the display is before saying, “We put all of our products through extensive quality testing before launch and in the manufacturing of every unit. We are actively investigating this report.”

You can look at a completely black image or a red image to see if you can see the burn in on your Pixel 2 XL if you already own one, but if you are thinking about buying one, you should hold off. Do not attempt to fix any burn in by using apps on the Google Play store.

There is a chance that Google will recall the Pixel 2 XL or that they will begin a replacement plan for users who experience this, but there is nothing confirmed yet. If this happens, we also don’t know how they will process an exchange or a return for the Google Play. 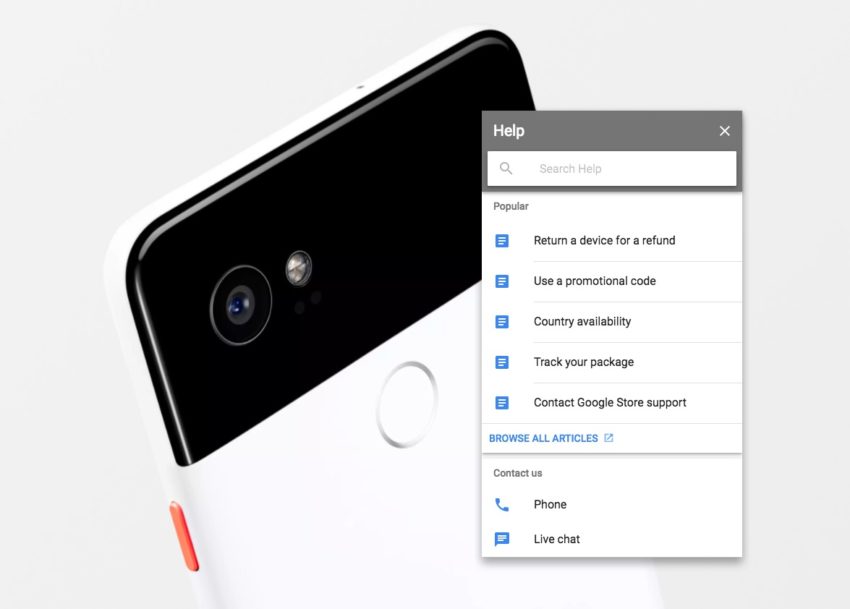 You shouldn’t buy the Pixel 2 XL until Google figures out what’s going on.

You only have 14 days to return the Pixel 2 XL to Google for a refund, and Verizon also offers a 14 day return policy, but you will need to pay $35 in restocking fees. This is a very limited window for a problem that may not potentially be completely figured out before the end of the month. Add in the fact that the best Pixel 2 XL deals require you to trade in your old phone, and you may be left buying a new phone immediately instead of picking the Pixel 2 XL alternative you want.

Even though Google makes it easy to switch to the Pixel from your iPhone or from an existing Android phone, it’s not something you want to do again a week after you got your new phone.

Until Google provides more clarity on this problem and a solution for current owners and future owners you should avoid buying the Pixel 2 XL. The Pixel 2 does not suffer from the same issues, and is still considered a good buy.