11 Things to Know About the Fallout 4 Nuka World DLC

We continue our look at Bethesda’s Fallout 4 DLC with a look at the Nuka World DLC for PS4, Xbox One and PC.

As we push deeper into the year, Bethesda continues to add more content to Fallout 4, a game that’s already packed to the brim with hundreds of hours of content.

The company released its massive Far Harbor DLC in May and there’s still hope for PS4 Fallout 4 mods. PS4 mods have been delayed since June and are currently under “evaluation.”

And now, after a stint in beta, the developer’s released a much larger piece of DLC content called Nuka World. 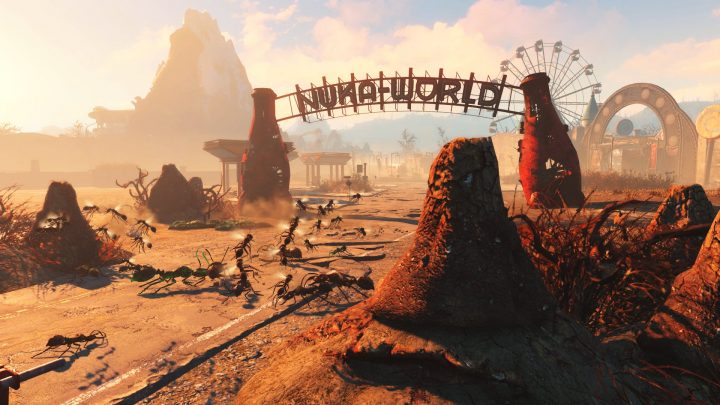 At its E3 2016 event in June, Bethesda outlined the next three pieces of Fallout 4 DLC. The most exciting of the bunch is the Nuka World DLC and it’s now available on the Xbox One, PlayStation 4 and Windows PC.

Here’s what Fallout 4 Season Pass owners and prospective buyers need to know about the Fallout 4 Nuka World DLC as we push away from the release date.

We’ll continue to update this with new information as it becomes available so check back for frequent updates.