The 2018 Ford F-150 delivers a new look, new features and new options to users starting later this year. This is what you need to know about the 2018 Ford pickup including the 2018 F-150 specs, powertrain and engine.

Ford also announced a hybrid F-150 earlier in the year alongside a Hybrid Mustang, but neither will arrive until 2020. This is in addition to the Ford Bronco and Ranger coming back as well. 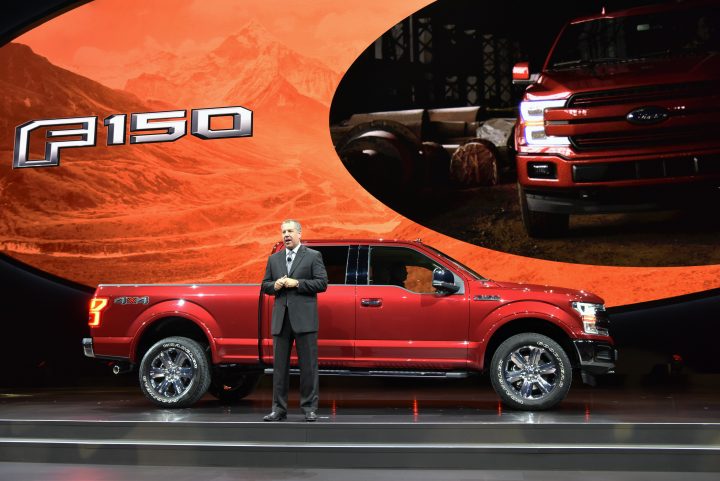 The 2018 Ford F-150 release date is set for fall 2017. There is no specific date yet, but expect to see the new F-150 roll out to dealers early in the fall. If you want to be one of the first to get your hands on the new Ford F-150, you should make your presence known at a local Ford dealer.

Ford is holding a contest to be one of the first to drive the 2018 F-150 starting in late June and running through October 22nd. It is possible that dealers will see delivery before the end of this event, but it’s not guaranteed.

The 2018 Ford Price is not confirmed at this time. We typically learn this information much closer to a release as Ford spends time determining the exact costs and observing the competition.

That said, you can expect to pay a similar amount to the current Ford F-150. We could see some small price changes for 2018 Ford Trim levels thanks to new carbon fiber accents and other trim level upgrades.

You can expect to see 2018 Ford F-150 prices start around the amounts listed below. Pricing and trim options will likely change as the launch nears. 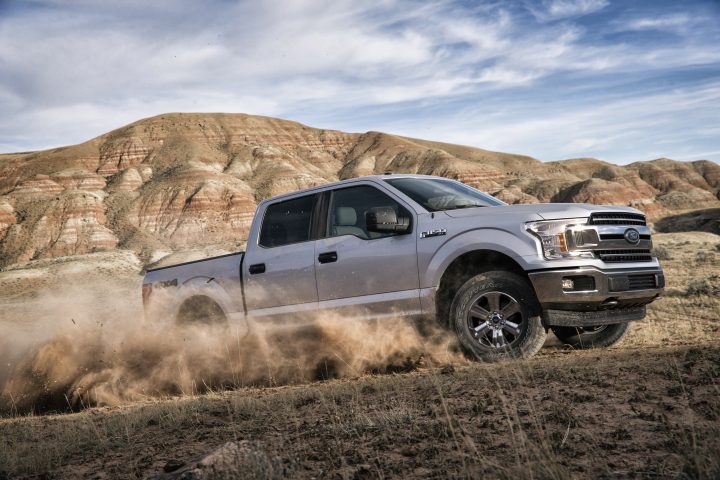 The presence of the V6 that is in the current Ford Raptor could appear in the 2018 Raptor, but rumors indicate it could arrive with a V8, instead of the current Ecoboost V6. Ford officially announced these numbers and you can learn more about the breakdown from the video above.

Below you can see a number of 2018 Ford F-150 photos that show you what’s new in the looks department of the new truck.

Although Ford just recently delivered an all-new F-150, the company is dedicated to mid-cycle refreshes like this that bring bigger changes than we typically see in between a total makeover.

Another engine option is the all-new second-generation 2.7-liter EcoBoost engine. this includes dual port and direct injection to deliver better efficiency and durability. Ford pairs both engine options with a 10-speed automatic transmission.

Buyers can also choose a 5.0-liter V8 that includes upgrades for more power and torque. This is also coming with the 10-speed automatic.

Rounding out the engine options there is a new 3.0-liter Power Stroke diesel engine. This is the first diesel F-150 to come to market.

Every engine includes standard automatic start/stop technology to improve fuel economy. This is built-in for all the models listed above, including diesel. Other new Ford F-150 features and options include;

Expect to learn more about the features, options, trims and fuel economy later this year.

There was no mention of the 2018 Ford F-150 Raptor in the announcement or at the Detroit Auto Show. The 2017 F-150 Raptor just went on sale last fall and it already includes a 10-speed transmission. In the Future Motoring podcast Brian Bell of the Ford F-150 team shares that the “Raptor will be unchanged, appearance wise for ’18 model year.” We hope to learn more about this special F-150 later in 2017.