The current generation AirPods are almost two and a half years old, but still selling well. Early adopters of the AirPods are eager for a replacement due to shortened battery life with age, and many buyers are still considering if they should wait for AirPods 2 or buy the current model today.

While this is exciting news for shoppers who are eagerly waiting for the new model, it isn’t a clear cut rumor. The Applesferra website is a legitimate source and the timing for AirPods 2 lines up with a rumor reported by Greek Apple site iPhonejellas in mid February. Rumors post to an Apple event for March 25th, but it is reportedly focusing on Apple subscription services and not hardware like the AirPods 2 or a new iPad mini 5. 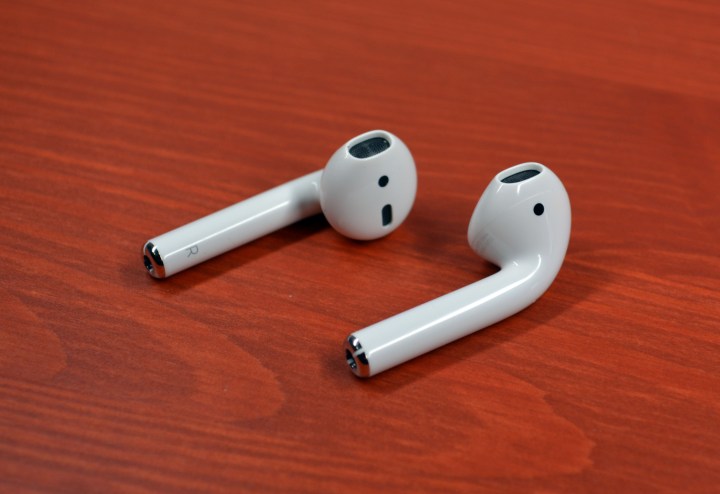 A new rumor suggests the AirPods 2 release date will arrive this month.

Appleferra’s report focuses on a screenshot showing the AirPods end of life on March 28th, which suggests a new model or SKU replacing the original AirPods at retail. The report does say that this could be a full-fledged AirPods 2 release date with new features or it could be a new model with wireless charging.

After a delay this upcoming event is a potential candidate for the AirPower wireless charger release, which would line up with the AirPods wireless charging case. AirPods 2 rumors over the last year have focused on both scenarios enough that Apple may be working on a minor refresh simply called AirPods and a full on AirPods 2 release date this fall.

At this stage it is worth waiting for the March 25th event to see what happens, even if you end up simply buying the current models in a month it is better to know the options than to be stuck with an outdated product within such a short time period. If Apple does announce at this event it is very likely that they would show off the hardware at the event and then sell it on Friday the 29th, though if it is AirPower and an AirPods wireless charging case it could simply go on sale since both products have already been announced.