Apple’s long-awaited AirPower accessory is cancelled so those of you in the market for a wireless charging solution for your iPhone, Apple Watch, and/or AirPods should take a look at these top AirPower alternatives.

Apple first announced the AirPower wireless charging mat all the way back in September, 2017. The company promised to ship the accessory in 2018. That didn’t happen.

The gadget was also rumored for the company’s March 25th event. And while Apple announced an iPad mini 5, iPad Air 3, new iMac, and AirPods 2, it failed to confirm the AirPower. And now we know why.

Apple’s cancelled the product because it was unable to meet the company’s lofty standards. Apple says it’s still committed to wireless, but AirPower isn’t part of those plans. For now, at least.

If you’re in the hunt for a sleek wireless charging solution for your iPhone or Apple Watch, here are the best alternatives you can find in 2019.

The Griffin PowerBlock Wireless Fast Charging Pad first caught our at CES 2019 in Las Vegas where it won one of Gotta Be Mobile’s Excellence awards.

Griffin’s new PowerBlock Wireless charging pad comes with an Apple Watch dock and it’s a great option for those that want to charge their Apple Watch and iPhone at the same time.

Griffin says it’ll be out on shelves sometime in the first quarter of 2019. It retails for $80. 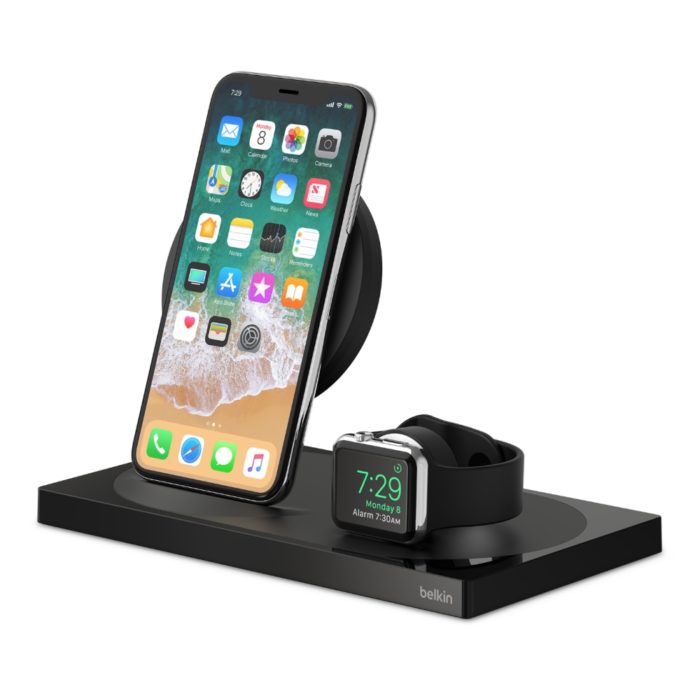 Belkin’s wireless charging solution features a 7.5-watt wireless charging pad for use with your iPhone. It also comes with a 5-watt Magnetic Charging Module for your Apple Watch. The dock also supports Nightstand mode for the Apple Watch which enables the alarm clock feature as it charges.

On top of that you get an additional 5-watt USB-A port which lets you simultaneously charge another device like your AirPods all from a single AC outlet. This makes it perfect for those heavily invested in Apple’s ecosystem of devices.

The Boost↑Up Special Edition Wireless Charging Dock is on the expensive side, it retails for $160 without a deal, but it’s definitely worth a look.

Accessory maker Nomad has launched a sleek looking AirPower alternative called Base Station Apple Watch Edition. The accessory is currently sold out, but it’s expected back in stock soon. 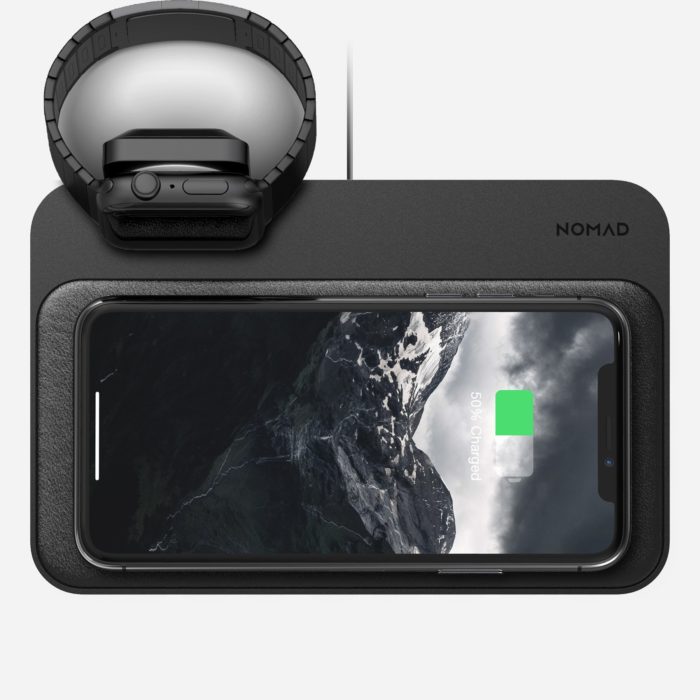 You also get a padded leather wireless charging surface, LED charging indicators, an ambient light sensor that dims LED’s at night, and support for nightstand mode.

The Base Station Apple Watch Edition is designed for the Apple Watch 4 but it’s compatible with all previous versions of Apple Watch.

The SliceCharge is a crowd-funded project that actually works and will actually ship to you should you choose to buy it. 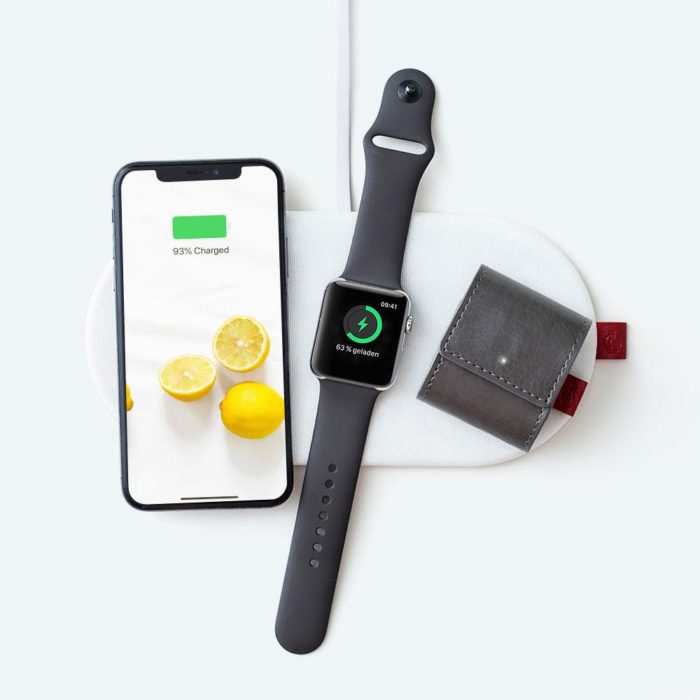 If you’ve got an Android user at home, the SliceCharge also supports 10W fast charging for the Samsung Galaxy S9, Galaxy S8, and Galaxy S7.

The SliceCharger retails for $60. If you’re an AirPod owner you can also add a wireless adapter case for just $20 more.