Just as expected a new Clash Royale update is coming on April 19th with some important changes. Following the huge update in March, the developers at Supercell are now ready to address big issues in Clash Royale. Like the Royal Giant and Elite Barbarians. These are the changes you need to know about and prepare for.

After the release date roughly a year ago Clash Royale instantly became one of the most popular mobile games. Since then, changes like these have kept things fresh and new. Now though, more changes are coming that all players will appreciate.

In March we received tons of new content. There’s a new 2v2 Clan Battle mode, four new cards, a healing spell and more. It’s all exciting, but only if the game is perfectly balanced. Additionally the Elite Barbarians are still way over-powered, and the Royal Giant is seen everywhere. Changes are coming though. Read on for more details.

Over the weekend the developers at Supercell officially confirmed the April Clash Royale update. Detailing a big list of changes at the forum, and we can expect sneak peeks or more information to arrive shortly.
We’re still waiting for the new cards that were announced with the March anniversary update. There’s a new Dark Witch, Bats, and the healing spell. A few comments from moderators suggest new cards will be released every 3-4 weeks. Instead of every two weeks. Meaning expect another new troop in the next 1-2 weeks.
However, you’re all here for the Clash Royale April update and changes. Get ready, because this will really shake up the leaderboards.

The way the game developers approach game changes are important. By doing play-testing, looking at stats and listening to the community they come up with the balance changes.

Everyone complains about the Royal Giant and Elite Barbarians, but we never expected an update to actually fix things. However, that’s exactly what we’re getting. Here’s what’s coming on April 19th.

Royal Giant: Deploy Time to 2sec (from 1sec)
– Tweaking his deploy time gives the defender a bit more time to react to Royal Giants played at the bridge or in the pocket (on your side of the Arena once a tower is down).

Elite Barbarians: Hitpoints -4%, initial attack comes 0.1sec slower
– This change will make Elite Barbarians a bit easier to deal with. They’ll still be a threat and can take down big dudes on defense before going on a counter push, but they won’t be quite as punishing.

Furnace: Hitpoints -5%
– Furnace offers really nice support to your offense, but its high hitpoints also make it a bit too strong on defense. A small tweak will help here.

Goblin Hut: Hitpoints +5%
– Goblin Hut has lived in the shadow of the Furnace for long enough! This change, in conjunction with the one above, should make them both interesting and viable options depending on your deck.

Electro Wizard: Hit Speed to 1.8sec (from 1.7sec)
– Electro Wizard offers a bit too much damage and control for a ranged support troop. A lower hit speed will tone him down in both areas.

Executioner: Damage +6%
– Now that all of the Executioner’s bugs have been ironed out, we can return him to his former glory! This will also make him a great option for countering the increasingly popular Lava Hound based decks.

Skeleton Army: Skeleton count decreased to 14 (from 15)
– A quick and critical change to maintain the delicate balance of “Skeletal equilibrium” within the Arena.

Lumberjack: Hitpoints +4%
– He’s strong, fast and drops an interesting Rage effect, but in many situations he simply lacks the hitpoints to be really effective. A few more will help! 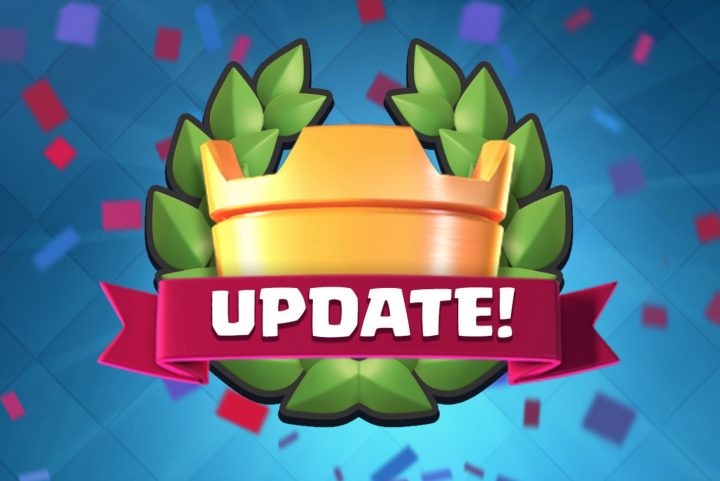 Shown above are all the changes coming to Clash Royale this month. Although others may follow before the end of the month once another new card is released.

The most important of these are to the Royal Giant. It runs rampant throughout the game and is extremely overpowered. It will still be strong, but now players can react before he starts shooting the tower. The RG is now slower to deal damage than the PEKKA, for what it’s worth.

We also like the Elite Barbarian change. They will still be deadly, but more manageable. The same can be said about the Balloon. It’s still a great card, but the death explosion will be delayed. Giving our troops more time to get out of the way. Which will allow for better counter-attacks.

One thing to consider is many of these changes are to slow down offensive gameplay. Meaning we could start to see very defensive decks. At the same time, the Electro Wizard won’t be as great at stopping troops with his drop in speed, which is another welcomed change.

How to Get the Update?

Clash Royale updates are delivered two different ways. When there are new cards or troops, or a change like 2v2 Clan Battles an actual software update is required. Which means getting the latest release from the Google Play Store and App Store.

With balance changes such as this one, no app update is required. Everything will happen behind the scenes. Come April 19th the changes will take effect without any interaction from you. Just sign in and start playing. Although some may want to change their deck first.

So there you have it. Two of the biggest complaints will finally be fixed on April 19th, and hopefully next the re-work Sparky and the Giant Skeleton. As both are great cards but very under-used.

What do you think about the April Clash Royale update changes? Let us know in the comment section below. If we learn anything else regarding updates or new cards we’ll update as soon as possible.