Another big Clash Royale update is coming soon, around the end of March. Many are calling it the Clash Royale Anniversary update to celebrate its first birthday. Or it may be known as the “Team Battle” release if the latest leaks and teasers are correct. Here’s what gamers need to know about the next update. Including leaked details that could reveal all.

For those unaware, Clash Royale was released around the globe on March 2nd of 2016. Since then its been one of the most popular mobile games on the planet. Making millions of dollars and downloaded millions of times. So what’s coming next to celebrate, read on to find out.

Every month since being released in March the game has seen updates and improvement. With the last being the big February update. Many expected a huge update on March 2nd, but sadly it was delayed. Instead, we can expect some celebratory offers and new features, with a big update later this month. 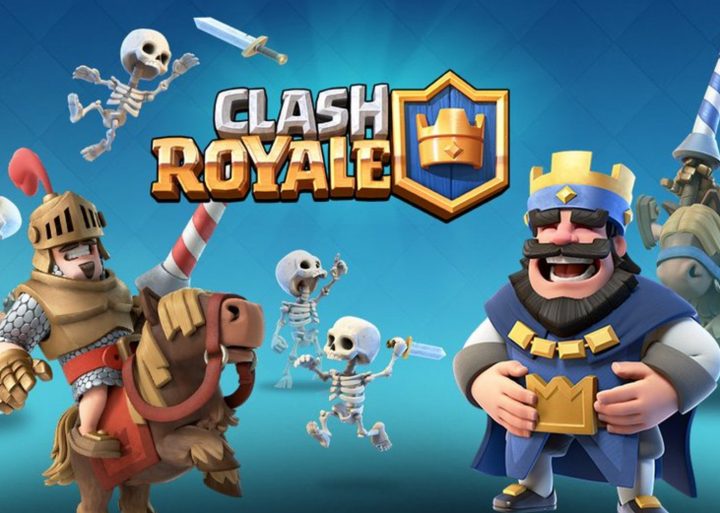 There are several reports floating around about the next Clash Royale update, or what to expect. Many have no evidence to back them up, and simply name new cards or changes. None of these have been confirmed, and all need to be taken with a grain of salt. There is no Elite Barbarian Hut, or any of that nonsense. However, a highly accurate leakster has revealed some information, which we’ll have to wait and see if it’s correct.

We do have some clues as to what’s coming next from Supercell themselves. On the official Clash Royale Forum the main community moderator has been sharing details with players. He confirmed the March update has been delayed, and shared some images that potentially confirm a big change is coming soon. It’s called “Team Battles” and sounds very interesting. Two leaked images put together reveal what it could be, but we’ll have to wait and see. Here’s a breakdown of what to expect.

Most likely a brand new Team Battle option will be released with the next update, or sometime in March. This could be two clan members playing against two others, or a feature similar to Clan Wars seen in Clash of Clans. It’s too early to know for sure. Some think the teasers say “Clan Battle”.

Additionally, we have tons of information what could be coming with the next update scheduled for March 24th. Details were leaked on Reddit, by a very accurate Chinese source that has revealed other updates in the past. It suggests changes to the Lumberjack, Dark Goblin, Goblins, Ice Wizard, Dark Knight and more. Furthermore, it details three new modes or features coming, along with the removal of legendary trophies. He mentions a Three Bridge mode, Clan Challenge tweaks, and a complete reworking of the Legendary arena with three levels.

Last but not least, this leak mentions at least four new cards, double the gold earnings daily, and further changes as the developer team work towards an “end game” for Clash Royale beyond trophies or Legendary trophies. Also, we may see a revamped Tournament mode, once more. Again, a lot of leaks are unrealistic, but this could all be accurate.

We’re not expecting two different updates this month, and instead the developers at Supercell may just push some exciting features or new modes throughout the month. More special features are coming, the Three Bridge game mode, and other things. Then, the big update will be March 24th after a delay that caused it to get pushed back from the 17th release date.

The image above confirms the next update has been delayed and will not be released on March 2nd, or later dates. Likely due to fine-tuning the new game mode being teased by Supercell. However, it does state a “modest anniversary celebration” type thing will start soon and continue all month long. Nothing has arrived yet as of March 6th.

Expect some very lucrative special offers with huge savings, more challenge modes like the Draft Challenge, and other things. Until we learn more it’s anyone’s guess.

At the end of the day all Clash Royale fans need to know is something special is coming this month as the game continues to evolve. Then, as March comes to a close a huge update will arrive. This will mark the 1-year anniversary since launch and introduce some big changes to the world of Clash Royale. It’s still somewhat of a mystery, but we have a better idea thanks to the Reddit leaks above. As soon as the usual sneak peeks start, we’ll update with all the official details.