The next entry in the long-running Assassin’s Creed series, Assassin’s Creed Valhalla, arrives next week. If you’re thinking about pre-ordering a copy, we want to help you choose the right one for your interest level and budget.

The new Assassin’s Creed puts players into the shoes of a Viking and takes them all the way back to ancient Norway and ancient England.

If you’re excited about the prospects of becoming a Viking and building out a settlement, you don’t have to wait too much longer for the game to arrive.

Each version has different bonuses and different price points. Most of the bonuses are in-game items, but some are collectibles aimed at the biggest fans of the series.

With the release just days away, some of you might be thinking about putting in a pre-order. If you do decide to pre-order, you’ll want to make sure you purchase the correct version.

The most basic version of Assassin’s Creed Valhalla is the standard version. The standard version comes with a copy of the game and nothing else. That said, if you pre-order a copy, you’ll get access to a bonus mission called The Way of the Berserker.

The standard edition retails for $59.99, but you might be able to find a deal ahead of the game’s release date. Amazon is still selling the PS4/Xbox One version of the game for $49.94 (17% off) and Best Buy is offering $10 in rewards to those who pre-order.

The standard version of the game comes with the least amount of items, but it’s the safest way to buy the game. You should buy the Standard Edition if:

You can buy the Assassin’s Creed Valhalla standard edition at Amazon, GameStop, and various other retailers.

If you want a little more than the game and the pre-order bonus (which, by the way, is included in every pre-order regardless of the edition you order), you might want to go with the Gold Edition. 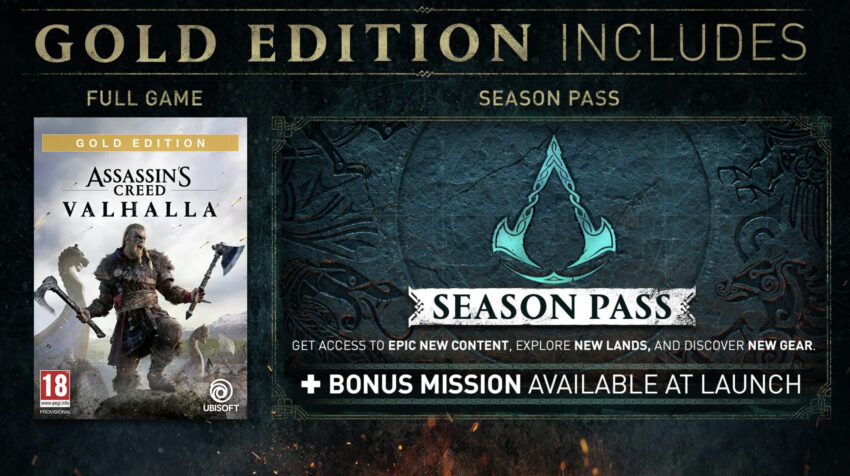 Assassin’s Creed Valhalla Gold Edition features a copy of the game and the game’s Season Pass. Ubisoft says the Season Pass includes new content, new lands, and new gear. You’ll also get access to an immersive story mission that’s available at launch. Of course, this comes at an additional cost.

The Gold Edition retails for $99.99 without a deal which makes it far more expensive than the standard version of the game. And while the extra $40 might be money well spent for some, it won’t be for others.

Who should spend the extra money on the Gold Edition?

You can find the Assassin’s Creed Gold Edition at Amazon, GameStop, and other retailers.

You can buy the Gold Steelbook Edition at Amazon, GameStop, and other retailers.

For those looking for even more content, there’s the expensive Assassin’s Creed Valhalla Ultimate Edition which offers even more than the Gold Edition. 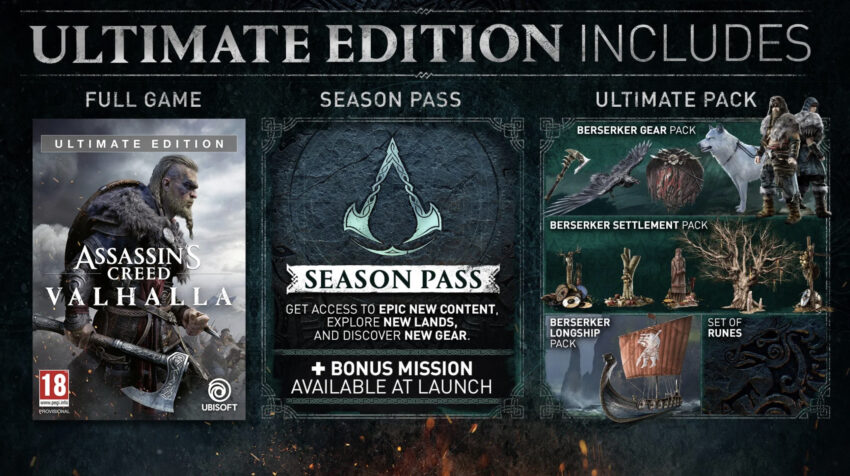 If this sounds interesting to you, you’ll have to spend $119.99. Here’s who we think should buy this edition:

You can buy the Assassin’s Creed Valhalla Ultimate Edition at Amazon, GameStop, and others.

This version of the game includes everything you get with the Ultimate Edition though, much like the Gold Steelbook Edition, it only comes in physical form.

And finally, there is the Assassin’s Creed Collector’s Edition which, again, is aimed at big fans of the series and this entry in particular. 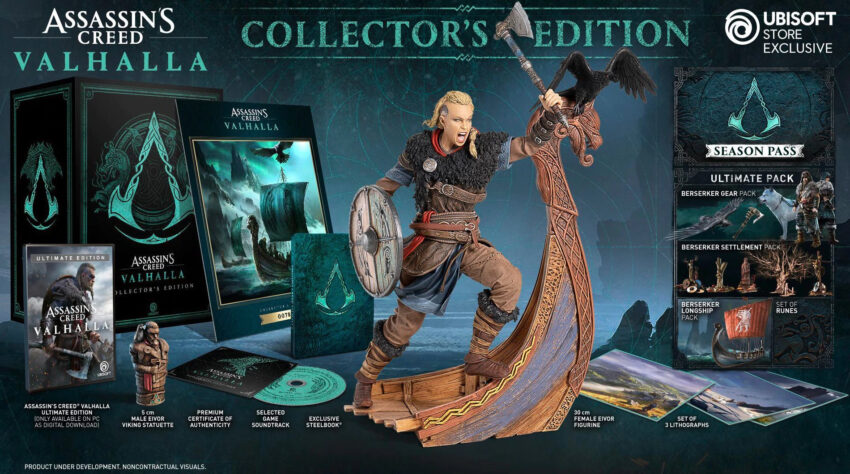 The most version of the game includes a copy of the game, the Season Pass, the Ultimate Pack, a 30cm statue of the female player character Eivor, a collector’s case, a steelbook, a certificate of authenticity, a 5cm statuette of the male version of Eivor, a selected soundtrack, and lithograph prints.

You should only pre-order this version of the game if:

You can find the Assassin’s Creed Collector’s Edition on Ubisoft’s retail store for $199.99.

You’ll also need to decide between buying a physical copy or a digital version of the game.

If you buy the physical version of the game, you’ll be able to sell it to a retailer like GameStop for credit toward another game once you finish it. You’ll also be able to get rid of it for cash on resale sites like eBay and Craigslist.

If you buy the physical version you’ll be able to easily lend the game to someone else once you’re done or if that person wants to try it before they buy it.

If you buy a digital copy you’ll avoid having to find the disc every time you want to play. You’ll also cut down on the clutter around your entertainment center, avoid potential damage to a disc, and you’ll never have to worry about misplacing the game.

If you pre-order a digital copy you can pre-load the game before its release date. Pre-loading allows you to play as soon as the game goes live on release day.