The first Star Wars Battlefront DLC is here as EA and DICE are rolling out the Battle of Jakku for PC, Xbox One and PS4 users. Here we take a look at the most important Battle of Jakku release time and date information to help you get you ready.

Three weeks ago, EA and DICE released Star Wars Battlefront for PS4, Xbox One and PC. The game features massive battles, popular heroes and villains and well-known locations from the series including Endor, Hoth and Tatooine.

EA’s announced a ton of upcoming Star Wars Battlefront DLC (downloadable content) that should help to energize a game that some people find repetitive and shallow. The first paid Battlefront DLC will arrive next year but the first free Battlefront DLC is now available in the form of the Battle of Jakku. 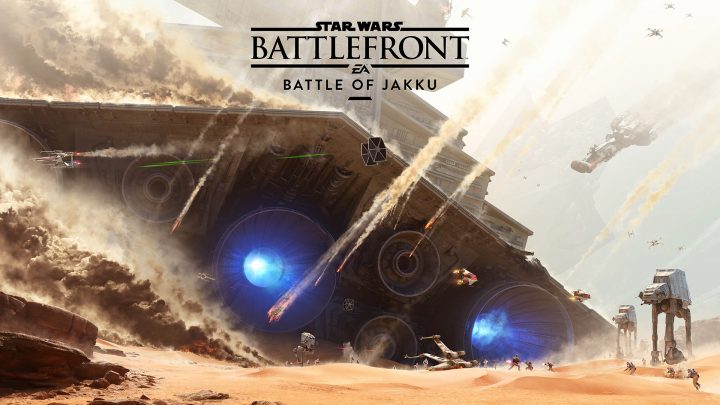 What is the Battle of Jakku?

The Battle of Jakku is the first DLC for Star Wars Battlefront. EA and DICE is releasing it free of charge for PC, Xbox One and PS4 owners.

The map is a tie-in with Star Wars Force Awakens as it depicts the landscape of the planet 29 years before its appearance in the movie.

The Battle of Jakku DLC brings two new maps with it and one new game mode called Turning Point. Turning Point features 20 on 20 combat that features vehicles and control points. It’s a nice alternative to Supremacy and Walker Assault.

This DLC is not a standalone game. Xbox One, PS4 and PC users must have the full game downloaded and installed in order to play the new maps and the new game mode.

The Battle of Jakku is available for everyone right now. If you own the game for Xbox One, PS4 or PC, you can download the new content this moment.

You can also find the game file if you select the Battle of Jakku from the main menu of the game. Click on the rectangle in the bottom left corner of the main menu and you’ll be taken to the download page.

Just remember, you’ll be at a disadvantage because some people have been playing the new maps and Turning Point since early December.

The Battle of Jakku is fairly large, over 1GB in size, which means you’ll want to set aside some time for the download to complete. You’ll also want to make sure that you have enough room on your internal or external hard drive. 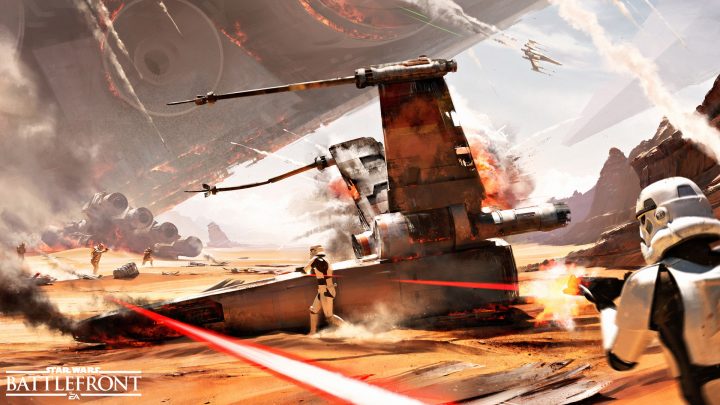 We downloaded the 1.53GB file for Xbox One earlier today and the download and installation process took all of 15 minutes. Mileage is going to vary based on your system and based on your connection speed so put aside some time to ensure that the process goes smoothly.

Battle of Jakku problems are already plaguing some users and the earliest problems relate to issues with the download.

If you are unable to find your code, and you pre-ordered online, check your email. If you can’t find it in your Inbox, Spam or Trash, get in contact with the retailer you pre-ordered from and they should be able to help.

If you pre-ordered in-store, and you can’t find your receipt, you’ll want to get in contact with customer service to see what they can do for you.

If you are having trouble with the actual Battle of Jakku download, try pausing the download and restarting it. If that doesn’t work, shut down your computer/unplug your console and try again. You might also want to restart your router.

Other Battle of Jakku problems include issues with connections, graphics, and crashes. If you run into any of those issues, take a look at our extensive list of Star Wars Battlefront problems and fixes.

Don’t forget to track down the star destroyer Battle of Jakku easter egg.

If you don’t want to spend time tracking it down, at least watch the video.