The Apple TV 4K offers you access to 4K movie rentals, AirPlay, mirroring your iPhone and loads of other features, but it isn’t the best 4K streaming device for everyone. It’s also more expensive than many competing products. Here are the best Apple TV 4K Alternatives and what they offer compared to the newest Apple TV.

Apple delivered a major breakthrough when they negotiated lower digital 4K movie purchase prices and they offer the best access to 4K rentals across the board, but there is no optical audio out and there is no support for Dolby Atmos yet. The Apple TV 4K is also one of the most expensive 4K streaming devices out there.

Yes, the Apple TV is going to slot into your Apple filled life better than most of the devices on this list, but that doesn’t mean there aren’t viable alternatives out there if you want different features or are looking for a more affordable way to watch 4K video on your TV. If you have HomeKit connected devices, you may want to go with the Apple TV 4K, even if there is another device you like better since it is also a smart home hub. 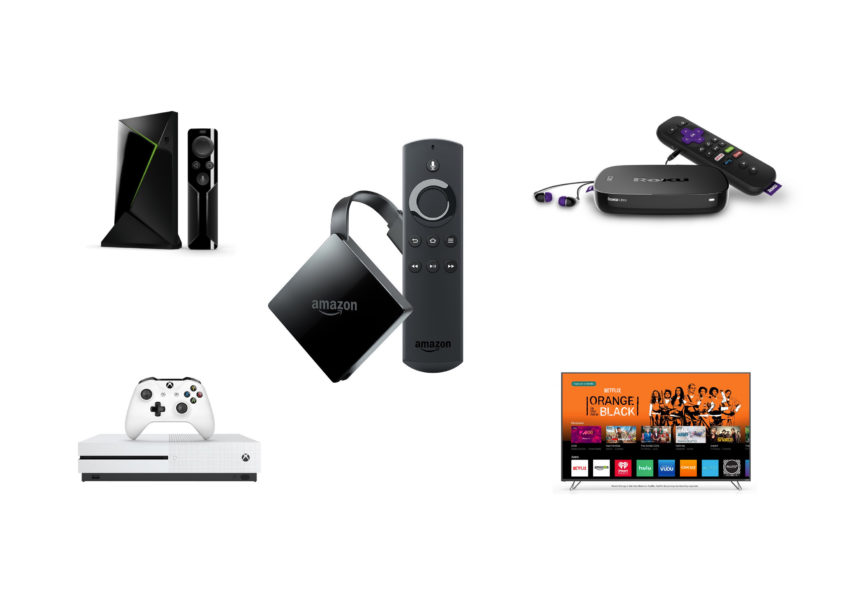 Here are the best Apple TV 4K alternatives you can buy.

Many of the devices include apps that you can install on your iPhone or iPad to use as a remote control, and some include options to stream from your iPhone to the TV, similar to how you use AirPlay or mirroring.

Here are the best Apple TV Alternatives that can all streak in 4K, including favorites like Netflix and that offer access to apps like HBO Go, Amazon Video, movie rentals and more.

The cheapest Apple TV 4K alternative is the Amazon Fire TV 4K, which you could put on three TVs for the price of one Apple TV 4K. The Google ChromeCast Ultra is the same price, but it relies on you using a phone as the hub instead of a remote control, which may turn off some users. Each device has strengths and ways to stand out, and should be part of your research as you look into buying a 4K streaming box in 2017 and early 2018.