You can save big with NHL 20 deals on the Xbox One and PS4 versions of the new NHL game when you pre-order at Amazon or Newegg. We expect that there may be a few more deals available closer to the release, but you can already save $9 on a brand new game and even more on the bigger editions.

There is a chance that Best Buy will offer up a bigger discount closer to the release date, but for the most part you can expect these deals to remain in place over the next month and to see additional deals added in. 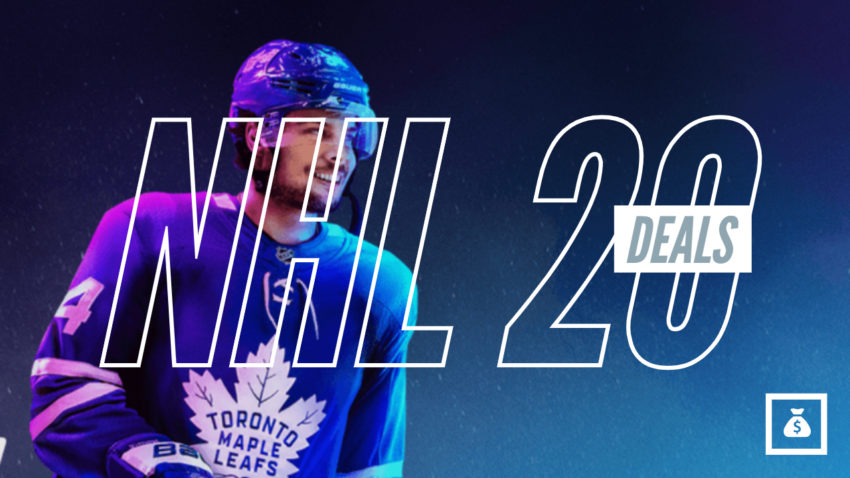 Here are the best NHL 20 deals.

The biggest NHL 20 deals are at Amazon and Newegg, where you can save without being a part of any special membership program. If you are an EA Access member, you can save 10% on NHL 20 digitally — including the Ultimate or Deluxe editions.

Amazon offers the best straight-up NHL 20 deal with $9 off, bringing the price of the standard physical edition to $50.94 on Xbox One and PS4.

Newegg offers a discount on the digital base edition of the game for Xbox One only. It is $53.99 with free shipping. This is $3 more than Amazon, but if you like digital games, it is a good option.

With EA Access you can save 10% on any of the digital NHL 20 editions when you buy directly from the connected account. You can get EA Access for $5.99 a month or $30 a year and it also includes a 10-hour Play First Trial of NHL 20 five days before the Ultimate Edition release date, plus full versions of many EA games.

EA Access is available on PS4 and Xbox One and includes trials of Madden 20 and FIFA 20 as well as 10% off those games as well. You can buy EA Access on Amazon or right on your Xbox or PS4.

When to Expect Bigger NHL 20 Deals

You can count on bigger NHL 20 deals if Best Buy offers a trade-in bonus the week of the release. We saw this for Madden 20, with $8 in trade-in value and $10 in bonus value. This could be the new trend, which is a scaled-back version of the Best Buy approach from previous years for EA Sports games. This is traditionally in-store only, so you will need to go into the store to trade in and pre-order and then again to pick up the game.

After the release, you can expect big deals near Black Friday and on Cyber Monday. Most of these deals will be available online, so you won’t have to venture into a store.

If you have EA Access, you can wait for NHL 20 to arrive on the free games list, but you will be waiting at least 6-9 months.