This is what you need to know about the NHL 20 release date, new NHL 20 features, and the special editions that you can choose from. We know almost everything about the new NHL game and we have a look at NHL 20 gameplay, which is enough to help you decide if you should pre-order NHL 20 or wait.

If you’re itching to play and you didn’t buy NHL 19, you can play it free right now on Xbox One or PS4 EA Access. Here’s a closer look at what you need to know about NHL 20 right now, and what you can expect from EA Sports.

You can pre-order NHL 20 at Amazon, Best Buy, GameStop and Newegg as well as directly on Xbox or Playstation. Click here to see the latest NHL 20 deals. 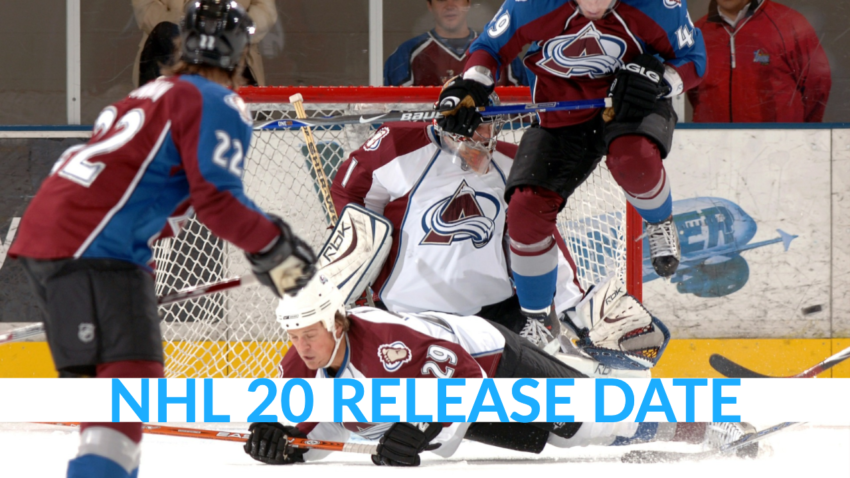 When is the NHL 20 release date?

The NHL 20 release date is September 13th, but there are actually two others that you need to know about. The NHL 20 Deluxe and Ultimate Editions include three days of early access, so you can play on September 10th.

That’s not all. If you subscribe to EA Access, you can play five days earlier than that, starting on September 5th. EA Access is $5.99 a month or $30 a year and includes a 10% discount on NHL 20.

The most expensive edition may only be available on digital. You can expect some deals with EA Access, as well as other deals to help you save.

EA offers three NHL 20 editions this year. This is the new normal for EA sports games, and it comes down to how many Hockey Ultimate Team features you want to pay for upfront. The bonus items include;

Speed and Shooting Upgrades with RPM – The new RPM-Tech delivers a new look to players and animations. This is most evident when you look at Superstar players with distinct swing styles. This also allows you to keep the skating pace while picking up the puck, taking shots and passing.

New Goaltender AI – Smart goaltenders will do a better job evaluating the threats and positioning to better defend the goal.

Upgraded Broadcasting – You’ll get a new play by play and new color commentary as well as upgraded scoreboards, overlays and motion graphics to bring you deeper into the game.

Hockey Ultimate Team Squad Battles – You can now play Squad Battles, a favorite mode from FIFA, that will let you compete in offline battles for big rewards. You will see squads created by NHL players, musicians, hockey influencers and superstar athletes from other sports.

Hockey Ultimate Team Icons – There are new playable hockey icons that you can collect, bringing the roster up to over 400 players.

Eliminator Mode – A new way to play NHL ONES or NHL THREES. You can play with up to 81 players in an elimination tournament to earn bragging rights.

NHL ONES Upgrades – You can now play ONES in local multiplayer.

CHEL Challenges – New weekly in-game events that you can play for rewards, character CP and other rewards.

The NHL 20 cover athlete is Auston Matthews of the Toronto Mapleleafs. While FIFA opts for a range of cover athletes, there is only one for NHL 20.

Matthews is a Center from San Ramon, CA and he was the 1st overall pick in the 2016 NHL Entry Draft. 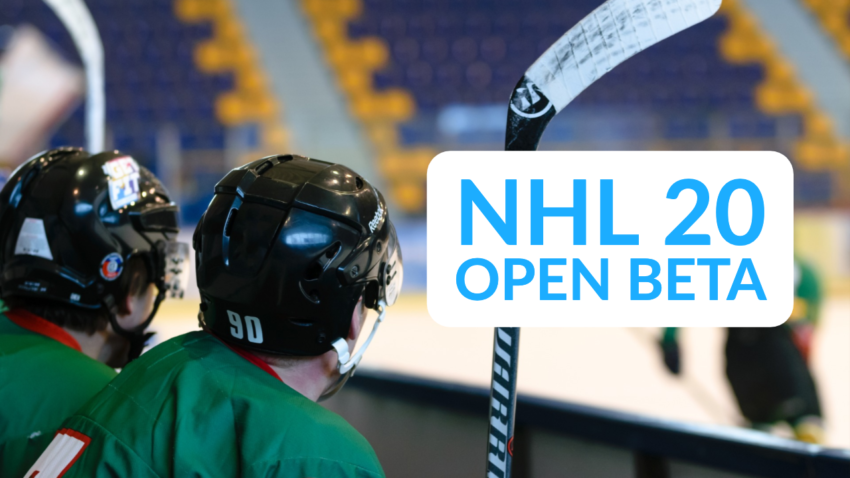 We expect an NHL 20 beta or at least a demo this year.

The NHL 20 beta wrapped up after a short period in late July. If you didn’t get a chance to try it out, you may get lucky with a NHL 20 demo later this year, but it’s not clear if that will happen.

If there is an update we will let you know when you can play and what it includes.

You can play NHL 20 on the Xbox One and PS4. Last year we only saw the NHL 19 release on these two consoles and the tradition continues.

When asked about NHL 19 coming to the PC William Ho, the Creative Director of NHL 19 told Shacknews, “We’ll see.”, but ultimately nothing ever came of that. Ho also told the publication that they are fans of the Switch, but didn’t commit.

With FIFA and Madden on PC, we were hoping to see some movement on this front, but it looks like you need to wait for NHL 21.

You can count on playing NHL 20 early on the Xbox One with EA Access. The paid EA Access membership includes up to a 10 hour trial of new EA games. These trials typically start five days before the first release date. That means you could be able to play NHL 20 as early as September 5th. EA Access is $5.99 a month, or you can get a year for $29.99 on Amazon or on your Xbox or PS4.