While the OnePlus 5T is starting to show signs of aging it’s still a great phone with plenty to like. That said, it’s not perfect. We’re still seeing complaints about OnePlus 5T problems, even after the Android Pie update. With that in mind, here are some common 5T problems and how to fix them.

It’s a worthy replacement for the OnePlus 3T or even the 5, but just know that some issues will need attention. Whether that’s problems with Android 9 Pie, bugs in the latest OxygenOS update or beta, or just things we hope the company will fix. These are the biggest complaints, and resources to address them. 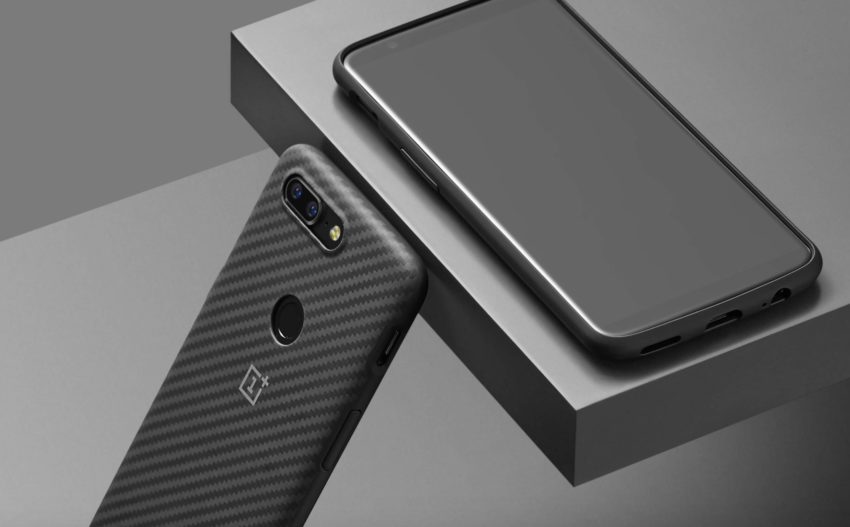 Since being released in November of 2017 several updates have arrived to fix camera issues, screen scrolling effects, and made this a great budget device. So much that people passed on the 6 and 6T and are waiting for the OnePlus 7. However, nothing is perfect. So far we’re still seeing complaints at the official OnePlus forum, and popular sites like XDA Developers. Including GPS issues, WiFi drops, camera complaints, misbehaving apps, Bluetooth fails, and poor battery life.

Android 8.1 Oreo fixed a lot, and users received even more improvements with the official OxygenOS 9.0 Android Pie update. Before we begin, OnePlus just announced the latest OxygenOS beta 26 is bricking phones, so skip that and wait for beta 27 or an official update in February or March of 2019.

Something we see with every smartphone release is complaints about WiFi. From poor connectivity, drops, to even 5GHz not working right.

Before we begin, make sure to head to settings > about phone > and check for updates and install any new software. This is especially true if you’re in the beta program. OnePlus releases multiple OxygenOS updates with quick fixes, and a few of them specifically mention WiFi. Make sure you have the latest software.

If you’re still having WiFi problems we have a few suggestions. For one, try turning it off and back on inside settings on the phone. It’s also a good idea to power down your WiFi router at home for a few minutes and turn it back on. Another option is to head to Settings > WiFi and forget your wireless network. Then search again and reconnect, put in the password, and try it again. This completely resets the connection between your phone and WiFi and hopefully fixes your problem. Again, if you’re on the OnePlus 5T Android Pie beta, expect several updates to fix small issues like WiFi drops.

We’re still seeing a few complaints about the OnePlus 5T camera. From photo quality, video recording, and the overall user experience inside the app.

For starters, make sure you’re on the latest update. The company fixed a bunch of things in December and made the camera surprisingly a lot better with the Android Pie release. Including a better HDR mode, Night Mode, and better sound while recording. You’d be amazed by how many users don’t accept software updates. Don’t skip them, and make sure you’re on the latest software. 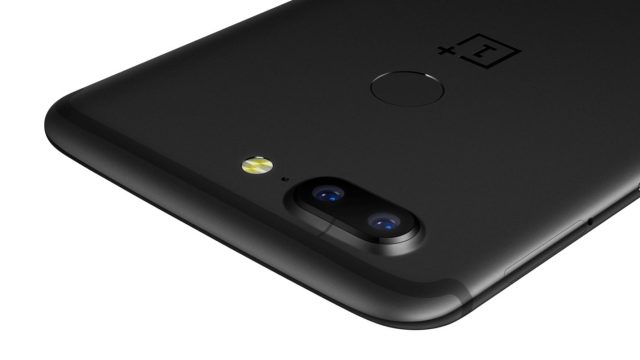 However, if you’re still having problems with the OnePlus 5T camera there are a few steps to take. For one, restart your phone. If it’s Snapchat, restart the app. If you still struggle with Snapchat try Settings > Application Manager or Apps > Snapchat > Clear Cached Data  + Force Stop. This wipes out all the settings and might improve Snapchat.

If all else fails and the latest update didn’t fix your camera try turning off HDR mode. That was a problem the company fixed in 2018, so you shouldn’t be having too many camera issues anymore. If you do, let us know what in the comments below.

The iPhone X has a neat little Face Unlock feature, but it’s nothing compared to the speed of the OnePlus 5T Face Unlock. It’s amazing how great it works when it does work. If you’re having problems, you aren’t alone.

However, if Face Unlock is still giving you trouble we have one other suggestion. Simple delete your registered face and redo the recognition process. Take it slow, and make sure you complete the scan in a room with a lot of light. This gives it the best recognition possible and will help the phone register your face in less than ideal situations.

WiFi isn’t the only one, as we hear complaints about Bluetooth with every phone too. With a vast array of devices trying to connect issues are bound to surface. One user claims to have problems with WiFi, Bluetooth, and overall 4G LTE connectivity.

The biggest complaint is Bluetooth in cars, where the phone simply won’t connect. Some suggest restarting the phone and trying again, and others suggest it took more than one restart before the phone and car Bluetooth paired up. Bluetooth is always a little tricky, so try to forget all pairings and start over with any process.

Basically, unpair everything and start over. This is especially helpful now that the phone has received several software updates. Give devices you’re trying to connect a fresh start. Also, the Pie update added months of stability and improvements from Google in Android regarding Bluetooth.

Another problem that everyone will likely face is apps that aren’t fullscreen. The OnePlus 5T has an 18:9 aspect ratio long and skinny screen. It looks great, but some apps have black bars at the top and bottom. Similar to widescreen movies a few years ago. 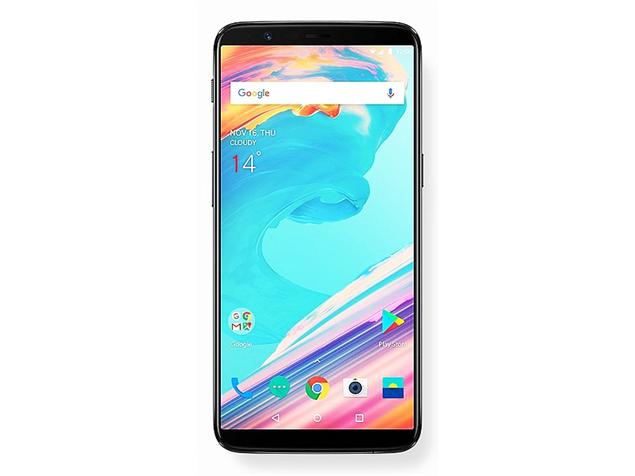 As a quick tip, YouTube supports this for any device regardless of your settings. Pinch and zoom while playing a video on YouTube, and it will stretch to use the entire OP5T screen. Enjoy.

Another common issue we see complaints about is the fingerprint scanner. Most report it’s incredibly fast, but some are having issues. These are typically the device not recognizing a finger, or getting false readings while in a pocket. 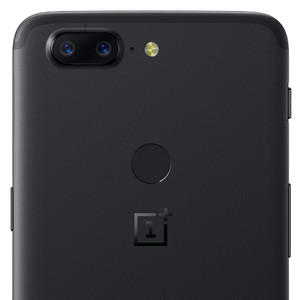 However, if you keep getting false readings in a pocket there’s a setting for that. There is an option in settings that will prevent the phone from turning on in a pocket and vibrating from the scanner trying to get a reading. This will stop the phone from pocket dialing, and fix potential battery life problems from false scans.

Our best advice for the fingerprint scanner is to delete any saved prints and start over. This is especially true for anyone using a case. That’s because a case will change the angle of the scan and may impact performance. Add fingerprints to your device after you install a case. In some cases, users register the same finger twice for an improved experience. You can try that too, or just use Face Unlock.

Another relatively common complaint is regarding audio. From the speakers, in phone calls, to while playing games and such. Honestly, we’re not sure why, because it all works fine here. Of course, everyone uses their phone differently. Our only real advice for audio problems is to ensure you’re on the latest software, or RMA the device and get a replacement from OnePlus if it’s that bad. They added some audio optimizations last year, and that’s about your only hope.

If you’re still having issues with sound after all the updates throughout 2018, our only suggestion is to wait for another update or ask OnePlus for a replacement device. Well, or get the upcoming OnePlus 7.

Oddly enough, countless users on the official forum are still having problems sending and receiving text or picture (MMS) messages with the OnePlus 5T. This is a silly problem, but a problem nonetheless.

Don’t expect an update to fix this anytime soon.

With every phone released users complain about battery life. As a result, we’ve come up with several different things you can do to improve the situation.

This could be due to a lot of things but is likely an app that isn’t working right with Android 9 Pie, or Oxygen OS. We recommend customizing location settings, turning the screen brightness down to around 40% or automatic, and closing big apps you no longer need. Plus, looking out for misbehaving apps. 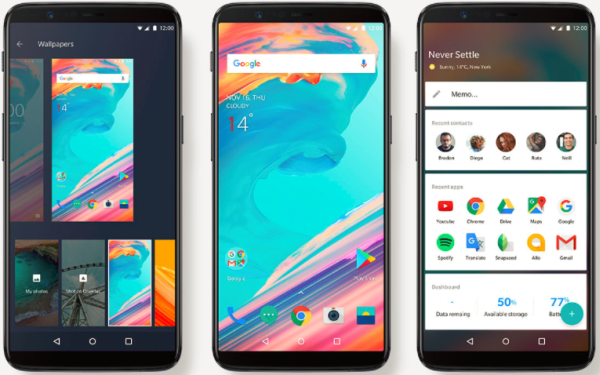 The first step is to head into settings and make sure an app isn’t draining your juice. Head to Settings > Battery and see what’s at the top of the list. Typically Android system, Android OS, or the screen is at the top. If there is something else at the top, something isn’t right. Uninstall it, disable the app, or tap on it and hit “Force Close” to kill an app that’s draining the battery.

We also recommend setting up Battery Saver modes when you’re in a pinch and need extra juice.

On December 12th, 2018, OnePlus released the Android 9 Pie beta to the general public for the OP5 and 5T, letting anyone try Google’s new software. Then, officially released the update around the globe a few weeks later. It’s no longer beta software, but you could still experience problems.

That said, if you are facing problems where the camera struggles, dropped signals, Netflix won’t play, or WiFi issues, there’s a huge thread at the forum. OnePlus has released a few quick updates, are working on betas, and the 5T might even be part of the Android Q beta in March. Either way, here are some quick fixes for OnePlus Pie problems.

Of course, some users may have other small problems here and there. It doesn’t matter what you’re dealing with, the first step is always to try a reboot. Whether that’s screen glitches or rotation, lag, app crashes, or other minor things, try rebooting your phone. Actually, most problems I get asked about daily are often solved by turning the phone off and back on again. It’s usually that simple.

Owners can easily reboot the phone by long-pressing the power button, and hit “restart”. It will quickly turn off and restart back to how it was before the problems. You shouldn’t need to do this often.

This is by far the best solution to any minor issue.

How to Factory Reset the OnePlus 5T

If you are experiencing major problems or can’t find a solution to something, try a factory data reset. This is a last resort and will erase everything, but can fix most issues. You can do this a few different ways, and here’s the easiest method. 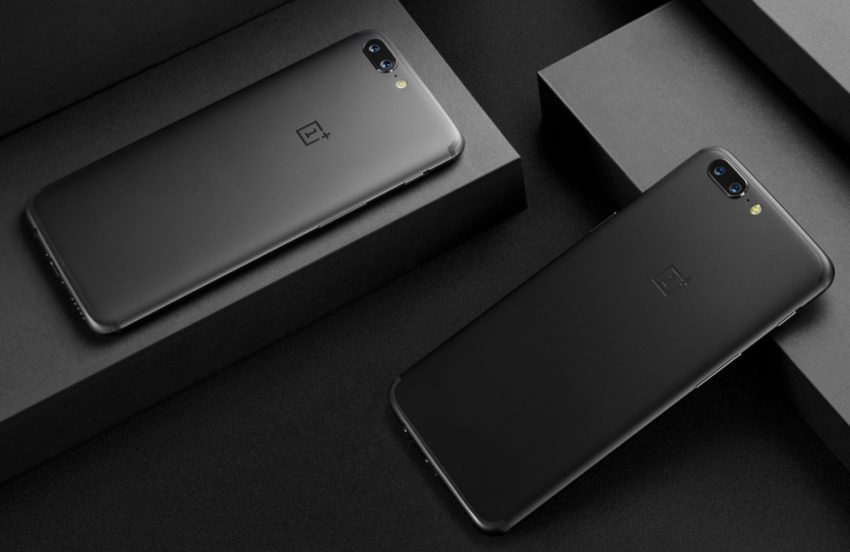 Head to Settings by pulling down the notification bar and hitting the gear-shaped icon near the top. In settings scroll down to Backup & reset and then tap Factory Data Reset. The phone will reboot a few times, erase everything, and boot up fresh and ready to go. Again, a factory data reset erases everything from your phone. Back up anything important before you proceed.

What’s Next for the OnePlus 5T?

So what’s next for you and your phone? Well, because OnePlus is a small company they’re extremely fast when it comes to software updates. The OnePlus 5T has received lots of them since being released, and we’re expecting at least one or two quick Android Pie updates or betas in February to make the phone as great as possible.

Another thing that could be next is Android Q. We’re expecting Google to debut the first developer preview in March with a big list of manufacturers that will help test the software. And while the OP6T might be the only one with access, we could see Q for every eligible OnePlus phone, like the 5T.

In the meantime, stay tuned to the official OnePlus forums for more information. Users post helpful advice all the time, and software updates get announced there too. Otherwise, we’ll continuously update this post with more info as it becomes available. If you’re having problems we didn’t mention let us know in the comment section below.