July was a busy month for Bethesda’s Fallout 4 release for PS4, Xbox One and PC. With the month wrapping up, we want to take a look at the details you should know if you’ve already ordered the game or if you’re planning to put in a pre-order ahead of the Fallout 4 release date in November.

Last month, Bethesda hosted an E3 showcase that served as the launch pad for several new titles including Doom and Dishonored 2. The star of the show though was undoubtedly Fallout 4 for PS4, Xbox One, and PC. The game is a follow-up to Fallout 3 and it’s a game that fans of the Fallout series have been wanting for several years now.

June was the source of many important Fallout 4 release details. The company confirmed the release date for November 10th, it confirmed numerous gameplay details including crafting and customization, and it outlined its coveted Fallout 4 Pip Boy Edition. Bethesda and Fallout 4 didn’t slow down in July. 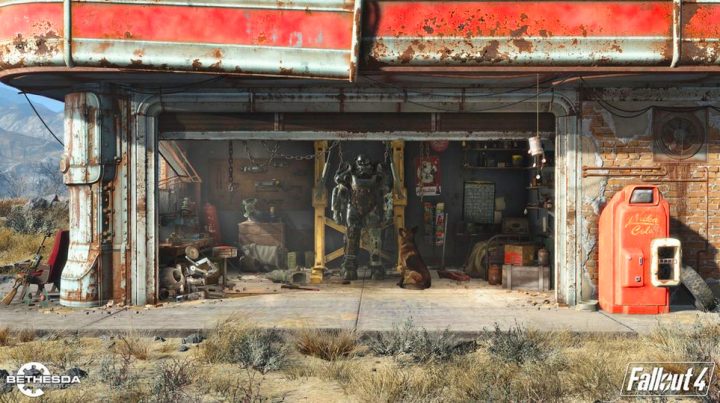 This month, we’ve seen tons of new and exciting Fallout 4 release details emerge for Xbox One, PS4 and Microsoft Windows. Some of these details built on things that we already knew while others were completely new. All of them are important.

This week alone has produced a ton of brand new information and today we want to take a look at those and we want to recap some of the key things we learned about the Fallout 4 release in July. Here’s what you should take with you as we enter the month of August.

The Fallout 4 release date won’t land for several months but we continue to see new Fallout 4 deals emerge for Xbox One, PS4 and PC.

Best Buy is home to two of the more intriguing Fallout 4 deals for PS4, Xbox One and PC though there are plenty more where those came from. 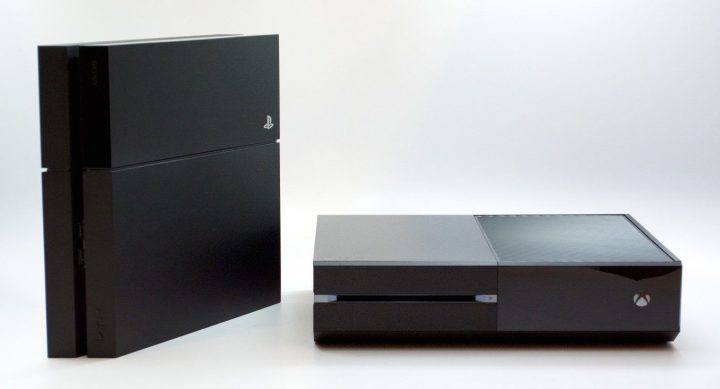 Amazon is knocking $7 off Fallout 4 for Amazon Prime members and it has also discounted the price of some Fallout 4 accessories.

We saw one killer PS4 Fallout 4 deal emerge in July and it’s a sign that we could see retailers continue to try and one up each other as we push deeper into the year, closer to the game’s release.

Some deals like Best Buy’s will be static. Others will likely pop up at random in the future. So if you’re looking to save a few bucks, you’ll want to keep an eye out in the month of August. We’re bound to see more Fallout 4 deals emerge for all three platforms.

In July, we saw a number of new and important Fallout 4 Pip Boy Edition release details emerge. Some good, some bad. We’ll start with the bad news.

The bad news is that Bethesda recently reconfirmed that it will not be making any more Fallout 4 Pip Boy Editions ahead of the game’s November 10 release. The company’s manufacturing partners are at capacity and they won’t make any more. Not now, not after the release, not ever. 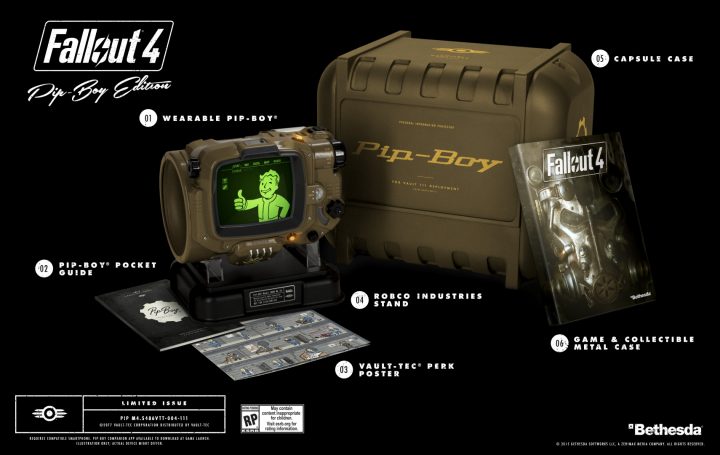 What this means is that if you didn’t get your hands on a pre-order, you have three options as we move into August. One, you can keep an eye out for more stock. Two, you can pay for one on eBay or Craigslist. They are going for $300 a pop which is more than double the game’s official price tag. Or three, you can buy a Pip Boy alternative.

We have seen Fallout 4 Pip Boy Edition stock emerge for foreign retailers though we did see one lone Pip Boy Edition go on sale at Walmart on July 9th. This probably won’t happen very often between now and November 10th.

July saw the release of several Fallout 4 bundles and a PC exclusive bundle for those interested in catching up with the Fallout series.

Bethesda will be releasing a Fallout Anthology for PC on September 29th. This bundle comes with a unique mini nuke case and every Fallout game not called Fallout 4. The case will, however, come with a space to store a copy of Fallout 4. 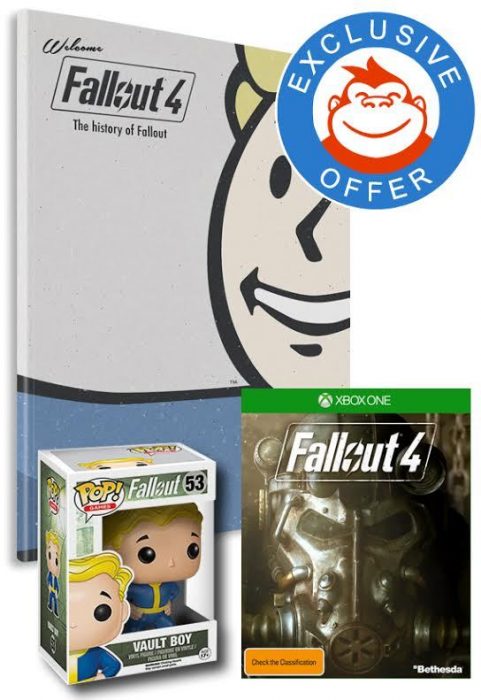 There is the Fallout 4 Mighty Bundle which comes with a figurine and coffee table book and there’s the Fallout 4 Nuke Pack. The Nuke Pack’s highlight is a lunch box. Both of these are limited to retailers in specific parts of the world.

There is another interesting Fallout 4 “bundle” that emerged earlier this week.

Lootcrate and Bethesda have teamed up to offer a unique and limited edition Fallout 4 Loot Crate that will come with a ton of special items of interest for fans of the series.

Crack open a Nuka Cola and start saving your bottle caps because Loot Crate and Bethesda are teaming up to bring you an EPIC Fallout 4 Limited Edition Crate, packed with rare and EXCLUSIVE gear and collectibles from your favorite post-nuclear video game franchise! The launch of this new, specialty crate will coincide with the release of Fallout 4! Supplies are limited, so add your email address to the vault and we’ll alert you when it’s time to order.

Details are scarce at the moment but it looks like it will be released on November 10th and that it will go on sale ahead of that day. Those who are interested will want to head to Lootcrate’s website and put in a working email address.

This doesn’t guarantee a pre-order but it does mean that Lootcrate will tell you when pre-orders will be available. No word on the cost of the crate

In June, Bethesda confirmed that Fallout 4 would support mods from the Fallout community. Furthermore, the company said that these PC mods would become available to owners of the Xbox One and the PlayStation 4. This was, and is, a huge development for console owners.

While we’ve seen Fallout 4 mods emerge ahead of the game’s release date, it’s clear that the platform is still very much a work in progress. 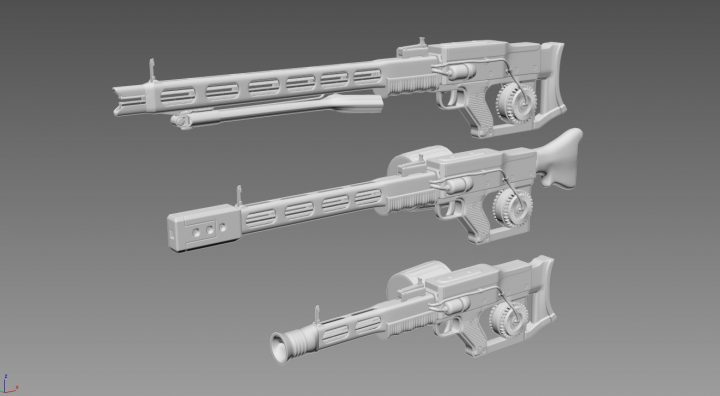 At E3, Bethesda’s Todd Howard revealed that Fallout 4 mods would come via a Fallout 4 Creation Kit that will be released for the PC next year. The company did not say exactly when, only that it would come to PC in early 2016.

According to a Bethesda executive, Fallout 4’s mod tools don’t even exist yet. The company is reportedly focused on finishing the game before it starts working on the mods.

The idea is that [the tools] will work on all platforms, but the truth is the system doesn’t exist. It’s still being built and worked on and it’s going to take awhile. It’s going to take clearly into next year because we can’t even start it…

If you’re not at all familiar with Fallout mods or how they might work with Fallout 4, take   look at this piece from Kotaku which runs down many of the important details.

The Fallout 4 release is obviously much bigger than the game itself. And throughout the month of July, we’ve seen a number of new Fallout 4 accessories and collectibles emerge that should be of interest to average gamers and Fallout enthusiasts alike.

Amazon, GameSpot and Best Buy are all selling two versions of Prima Games’ official Fallout 4 Guide Book. One of them is a collectors edition that will apparently have a limited print run. The $40 collectors edition comes with a long list of features including:

Bethesda is also selling Fallout 4 related merchandise including unique lithographs. Those of you interested in buying more than just the game should keep an eye on Bethesda’s store for more Fallout 4 accessories as we move into August. We’re bound to see more go on sale next month.

And finally, thanks to Bethesda and the company’s demo at QuakeCon in Texas, we’ve learned a whole lot more about the game itself. These details include:

These new details include:

Those are the most important things we learned in July and we’re expecting to hear a lot more come August.