We continue our look at Fallout 4 DLC with a dive into what you should know about cheats, deals, easter eggs, Far Harbor problems, and a Far Harbor update that’s now available for PlayStation 4 in North America.

Earlier this year, Bethesda finally went into detail about its upcoming Fallout 4 DLC, downloadable content that will add new adventures, quests, items, and more to a game that’s already filled with a mind-boggling number of them.

The first Fallout 4 DLC, Automatron, arrived for Xbox One, PS4, and PC in the United States and countries around the world in March.

We’ve also taken a look at Wasteland Workshop, Contraptions Workshop and Vault-Tec Workshop and today we want to take a closer look at the Fallout 4 Far Harbor DLC for PS4, Xbox One, and Windows PC. 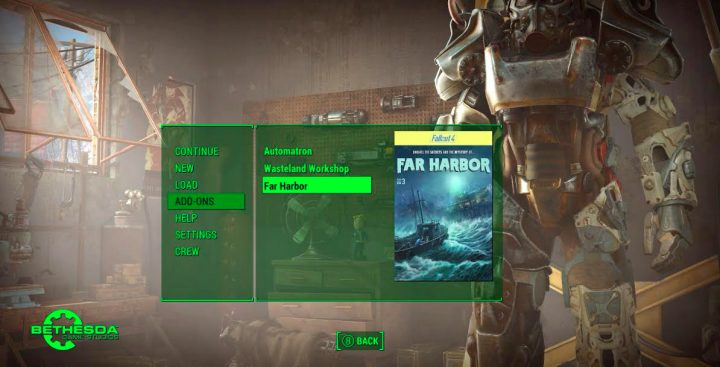 This roundup focuses on the most important things to know about the Fallout 4 Far Harbor DLC post-release.

Keep these details in mind if you’re looking into Bethesda’s $50 Fallout 4 Season Pass or the standalone version of Far Harbor, or, if you’ve already jumped in with the new content.