The highly anticipated Galaxy Note 8 release date is almost here. After months of seeing leaks and rumors, the company confirmed the phone’s launch on August 23rd. And while that’s exciting, this new Galaxy Note 9 render could make you forget all about the Galaxy Note 8.

Following the Galaxy Note 7 recall, millions of users are patiently waiting for the Galaxy Note 8 to arrive. It’s shaping up as one of Samsung’s best smartphones yet. Featuring a big Infinity display, dual cameras, and a sleek design.

However, it’s the potential Galaxy Note 9 concept we have today that has us excited. That’s because there are no surprises left for Samsung with the Galaxy Note 8. Leaks revealed everything ahead of time, while other features like a fingerprint scanner inside the screen didn’t work out.

For now, we’ll have to wait until next year and the Galaxy S9 or Note 9 to see some of those features. A prime example is these images below. 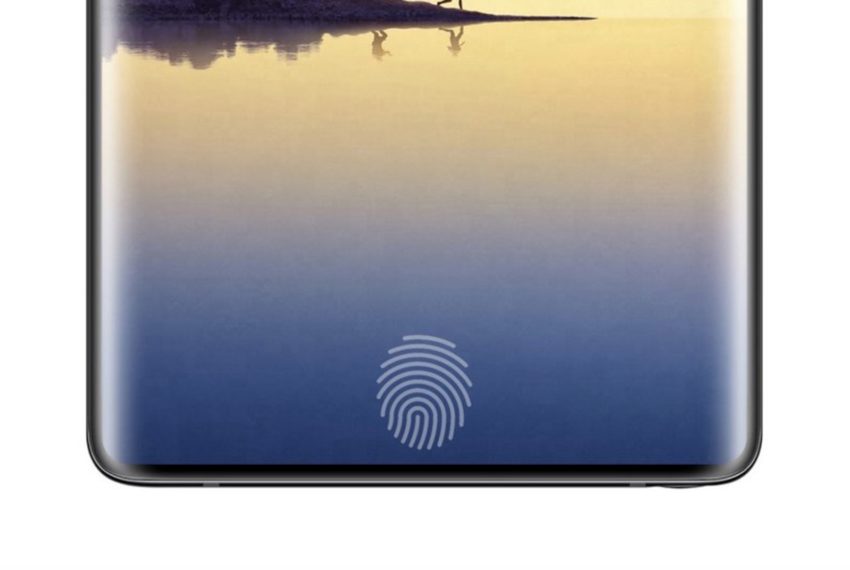 Graphic designer and popular phone leaker Benjamin Geskin posted the photo above to Twitter. Sharing his vision for the Galaxy Note 9. He’s had reliable information ahead of release dates for countless smartphones in 2017, so maybe this is a sign of things to come in 2018.

Surely any Samsung or Apple fan has seen a leak or two from Benjamin, and now we’re getting an early glimpse into the potential design of Samsung’s next Note. The one after the Galaxy Note 8 being announced in a few weeks.

Because we know everything about the Galaxy Note 8 already, there’s nothing too exciting when new leaks surface. That’s what makes this leak so great. It’s something new, unique, and slightly different while delivering a similar design and experience we’ve come to expect from Samsung.

Most concepts are very far-fetched. Like projectors displaying the phone and keyboard on a wall, or other crazy things that aren’t expected to arrive in a smartphone for years on end. Everything about this Galaxy Note 9 concept could happen and probably will. It’s a  representation of what Samsung could release in the coming years. 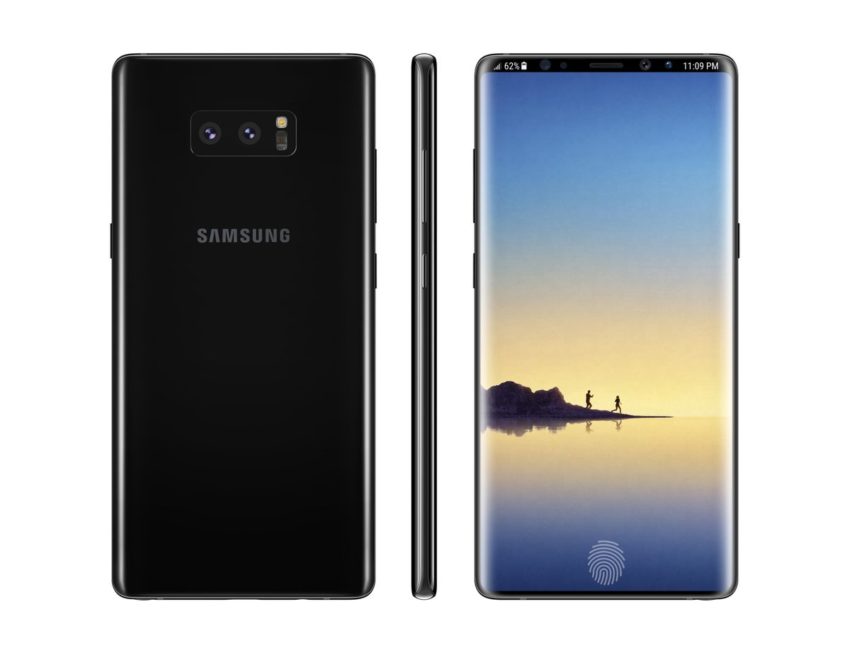 This fan-made concept of the Galaxy Note 9 isn’t really that far-fetched. We have a 6.4-inch 4K display, one slightly bigger than what’s coming in the Galaxy Note 8 on August 23rd. Samsung consistently offers bigger screens, and by making the bezels even smaller, a 6.4-inch display is very plausible.

Samsung has worked on 4k mobile displays for a long time, and next year it could finally happen. If it does, the Note 9 release is the perfect time to debut such a feature.

We also see dual rear cameras, which is all but confirmed for this year’s Note 8. Although it’s possible by late 2018 Samsung could be looking to add a third camera or some sort of augmented reality or virtual reality sensors as well. There’s one thing missing from the back, and that’s the fingerprint scanner. Every rumor this year said Samsung would place the fingerprint scanner inside the display, resting underneath the glass. This technology is almost ready, and Qualcomm recently announced it will ship in phones come next year. So far this photo is pretty accurate.

There’s a dedicated Bixby AI button, the S-Pen stylus outline on the bottom, and that big screen taking center stage. The only problem we see is the status bar, which is above the screen. Android needs the entire space for its array of notifications. Well, unless Samsung can make some software changes to allow the screen to truly stretch all the way to the top of the phone. We’re expecting something similar in the iPhone 8 come September. Furthermore, this Note 9 concept stretches to the bottom also.

It’s worth noting that phones with these features exist today, or will exist within the next 4-6 months. Meaning there’s no crazy wild dreams or limitations here for Samsung. It’s all a matter of making it work, and potential buyers waiting until 2018 to get their hands on it. Does this stunning Galaxy Note 9 concept make you forget about the Galaxy Note 8? Let us know in the comment section below.