Grab Your Free Spider-Man PS4 Theme Before It's Gone

The Spider-Man PS4 release date is less than a day away, so you will need to act fast if you want to score a free Spider-Man PS4 theme. This is an epic web-slinging theme for the PS4 and PS4 Pro. You don’t need to digitally pre-order or jump through any hoops to get it, you just need to claim the reward before the promo ends.

This is a static theme for the PS4 that includes a Spider-Man image from Marko Djurdjevic. This is an illustration of Spider-Man swinging into fight Rhino and Scorpion, it’s not an in-game image. You’ll also get a bunch of epic Spider-Man themed system icons. It’s part of an all-out marketing effort by Sony to increase sales of the new Spider-Man PS4 game. 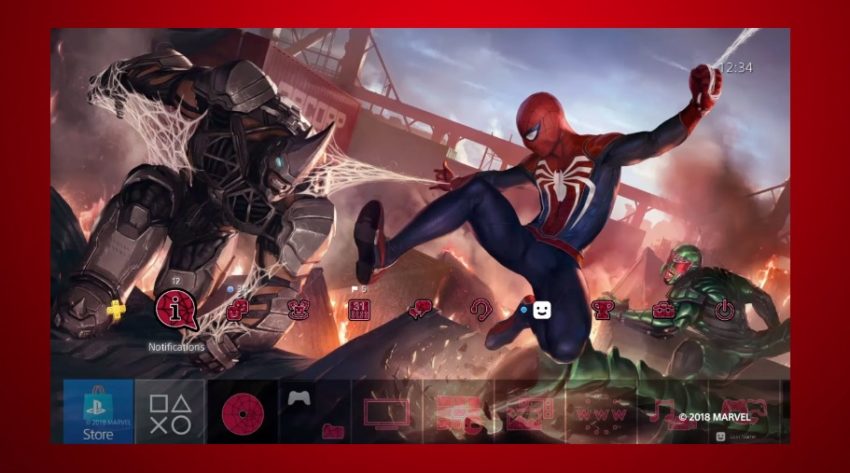 To claim your free Spider-Man PS4 theme, go to the countdown page for the release, log-in to your PS4 account, scroll down and click on the Claim Reward box. This will open up a new window with a code that you can enter on your PS4 or the PlayStation Store to get a free theme. After you download the theme you can go to Settings and Themes to enable it.

We have more information on which PS4 Spider-Man edition to buy for the PS4, including the special Spider-Man PS4 Pro bundle that is bright red with a Spider-Man logo on it and that includes the game and Spider-Man DLC that will arrive later.