Learn how to block Game of Thrones Season 8 spoilers on Facebook and Twitter so no one can ruin the massive plot twists coming in the last season. This is perfect for viewers who want to wait and binge-watch several episodes or for those who can’t watch when the episodes air on Sunday night.

This guide will help you mute words about Game of Thrones on Twitter and block them from your Facebook news feed so that you can watch at your own pace. This isn’t foolproof, and you may need to update it as Season 8 progresses, but it’s a good start and an easy way to avoid accidental spoilers and trolls looking to ruin the surprises.

In two minutes or less, you can block Game of Thrones Season 8 spoilers on Facebook and Twitter. This will not block the posts in the Facebook app for iPhone or Android. Facebook doesn’t offer that much control in the apps, so you will need to be more vigilant when using them.

How to Block Game of Thrones Season 8 Spoilers on Facebook 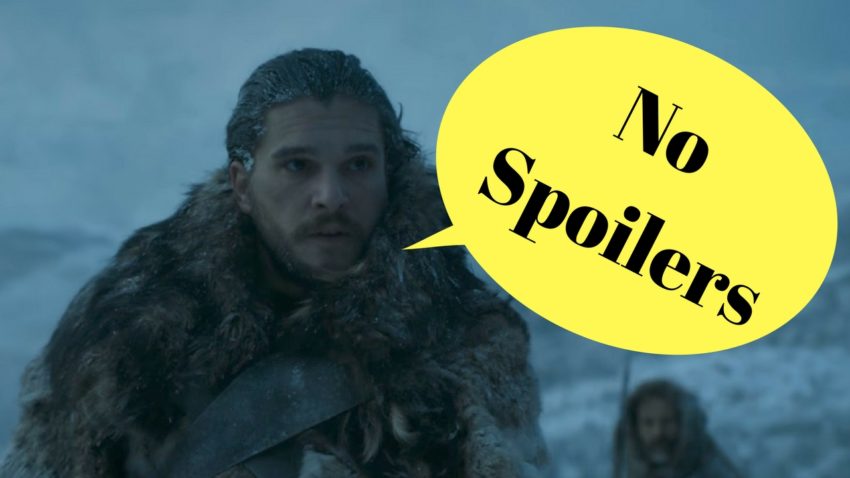 Stop Game of Thrones spoilers before you see anything.

You’ll need to install the free Social Fixer app for your web browser. This only works on your computer. The instructions are similar on Mac and PC. Download the right version of Social Fixer for your browser below.

This will walk you through installing the plugin, which should only take a few seconds. You will need to agree and likely click several times depending on your browser.

You can either hide Game of Thrones posts on Facebook or filter them out into a separate tab. If you want to make sure you don’t see spoilers, you may want to go with the hide option.

We chose the keywords that will likely appear in headlines and in posts about the episodes. We included the first three episode names as those will likely be key to what people are posting about as well.

How to Block Game of Thrones Season 8 Spoilers on Twitter

It’s even easier to block Game of Thrones Season 7 spoilers on Twitter. The social media service includes an option to mute specific words on the web and it should carry over to the Twitter app. You can also block them in many third party Twitter apps using the settings.

Once you set this up on Twitter and on Facebook you should be relatively safe from Game of Thrones Spoilers for the duration of season 7. Watch out for random messages on Reddit, Xbox Live and PSN. Many trolls will send spoilers to large groups on those platforms.