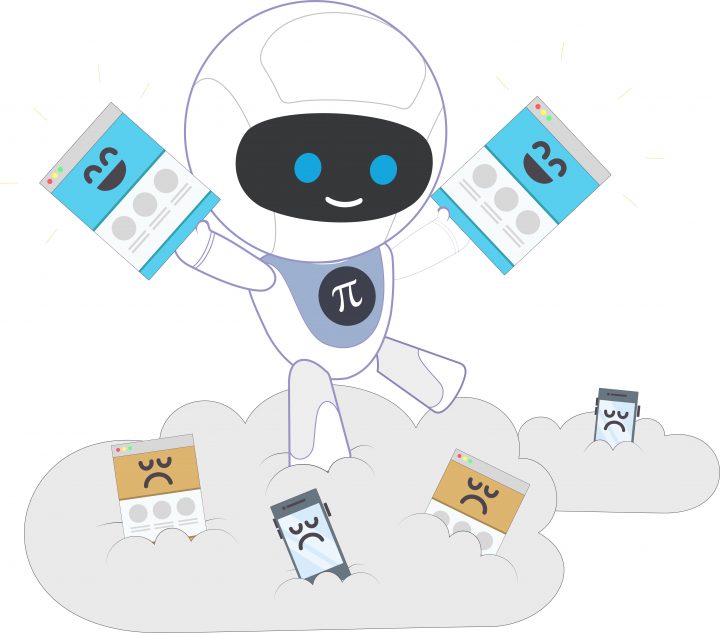 After logging in Pi suggested Tweets about the iOS 10.3 release date, the Apple Store being down for new iPads and motivation from Gary V. This matches up well with the content I tweet about and the Tweets I read. The app uses AI and deep learning to tailor these suggestions to you, and in theory the audience you’ve already built.

Forget looking at a generic list of trending hashtags and phrases on Twitter and trying to come up with something witty to Tweet about things your followers don’t care about. With Post Intelligence you’ll see relevant suggestions that you can then Tweet and schedule using the other part of the Post Intelligence app.

When you start to compose a Tweet, Pi analyzes it to tell you how well it will do. As you type your message, add media and links the app shows a Prediction Score that will help you know if you’re about to Tweet a dud or have a potential home run on your hands. 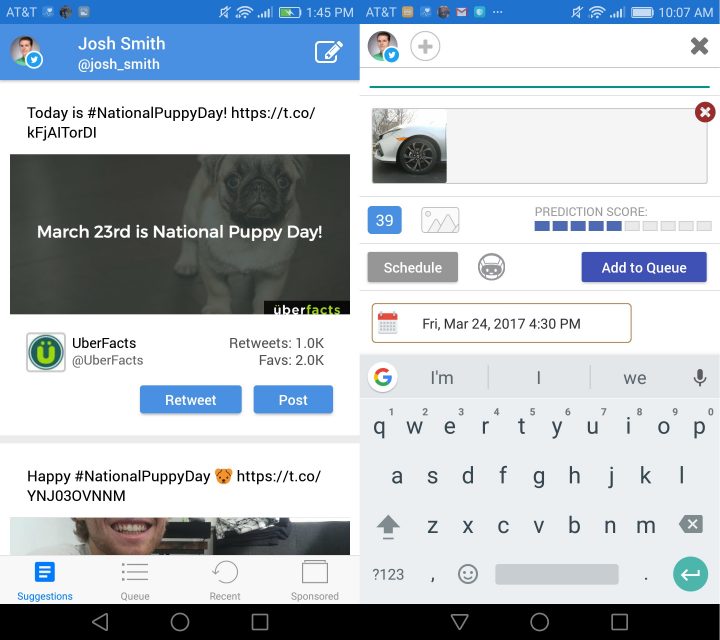 The tech behind the Post Intelligence app analyzes real-time data from Twitter and content from the links in social media posts as well as other indicators to understand what will resonate when you Tweet on Twitter. This is not about simply Tweeting the most popular thing that people are talking about. It’s a free super-smart Twitter app that can help make you better at Twitter.