In this quick guide we’ll show you how to clear the cache on your Galaxy Note 8 so you can fix any potential problems. Whether you want to clear an app’s cache or the system cache for your phone, here’s how. These steps can also help you free up space or give your phone a fresh start after the recent update to Android 8.0 Oreo.

Unlike a factory data reset, wiping the cache partition does not delete any personal data on the Note 8. Instead, this process clears temporary files from the phone’s storage and memory. First, we’ll quickly show you how to clear both in our video below. Otherwise, keep reading for the step-by-step instructions with screenshots to help you along the way.

This video is from the Galaxy S8, but the exact same steps apply for the Galaxy Note 8.

Before we start, you’re likely wondering what the “cache” even is. Well, when you open or use apps they store files, data, or information for use later. That way the phone or app is faster the next time you use it. As an example, when you load Facebook it caches a lot of the app, including auto-play videos or your feed, that way everything is faster while you scroll through the content. Games load data to the cache, and almost every app caches at least some information.

Sometimes this info saved in the cache takes up tons of space, or can even cause apps to misbehave. This same process happens during software updates, only on a larger scale. That’s why clearing the system cache is an important step in most guides on how to solve problems with your phone. It clears out residual leftovers from apps or updates and gives your phone a fresh start. So, here’s how to do it.

How to Clear the System Cache on Galaxy Note 8 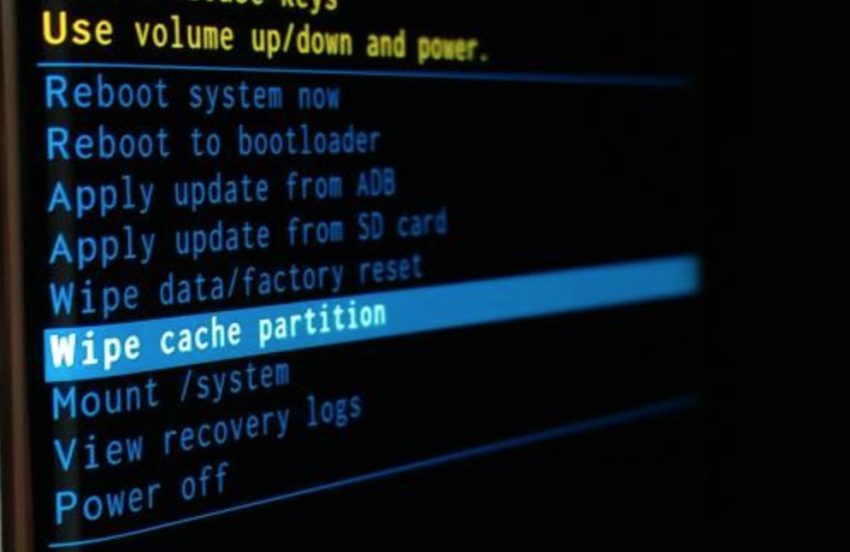 After waiting about a minute, you’ll see something similar to our image above. This is the Android recovery menu on the Galaxy Note 8. Now, do this:

As long as the phone is off, and you hold all three buttons at the same time, the entire time until you see the blue screen, you’ll be fine. Be very careful in this menu though, and make sure you don’t accidentally wipe data/factory data reset. As this will erase your entire phone, and everything on it. Only clear the “cache partition” and it only.

How to Clear App Cache on Galaxy Note 8

Another common step is to clear the cache for apps on your phone. This will fix a misbehaving app, or free up space when something like Instagram or Facebook are starting to use up too much space after months of use. Each app temporarily stores information. And slowly, that cache starts to add up and you might run out of space on your phone. Here’s how to clear the cache on each app themselves. 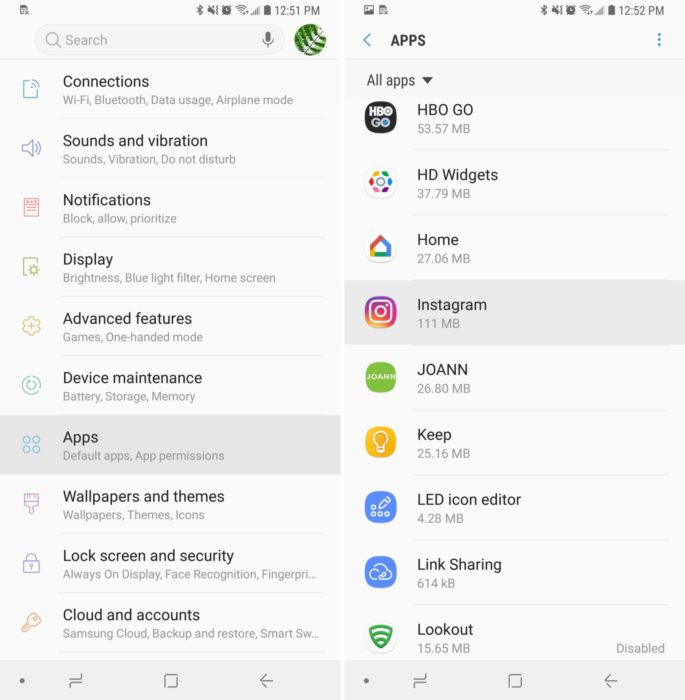 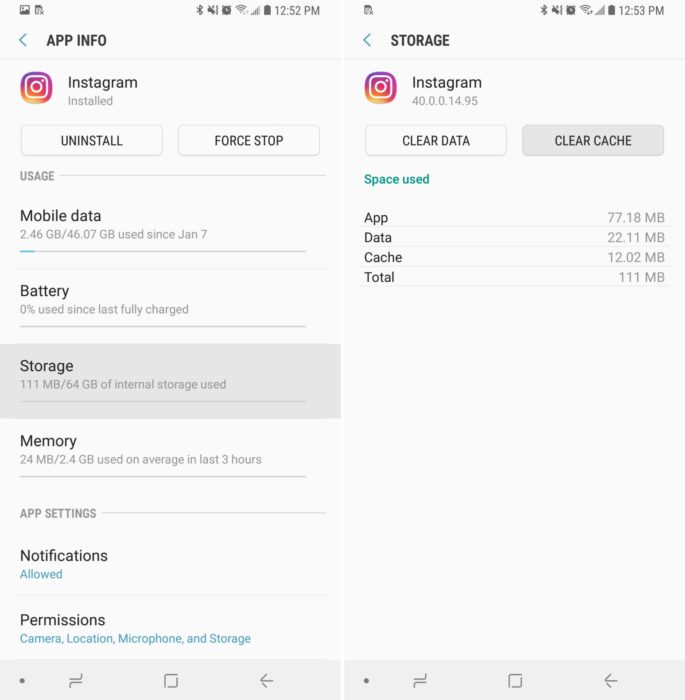 Tap on clear cache and you’re all set. Don’t click clear data, or it’ll erase content from your apps. That includes app login info, settings, and preferences. And while that won’t cause any problems, it’s frustrating to redo everything. That’s why you should only clear the cache in this settings menu.

Once you clear the cache for apps like Facebook or Instagram, you’ll get a lot of space back on your phone. That’s because they temporarily hold a lot of information, including videos. A lot of apps and games have tons of data too. Clear the cache on any app that’s not working right, and give it another try.

When Should You Clear the Cache?

So when should you clear an app’s cache or your Note 8 cache? Well, usually never. And while it can help after a major update like the Galaxy Android 8.0 Oreo update, you still shouldn’t need to. That said, if an app starts to misbehave or “feel” slow and laggy, this is a good place to start. Or, uninstall and reinstall the app.

Otherwise, use these steps to help you with our list of common Galaxy Note 8 problems, or to fix Galaxy Note 8 battery life problems. Drop a comment below with any questions or concerns.