This guide will explain how to easily install Google’s just released update to Android 7.1.2 Nougat for all Nexus and Pixel devices. After debuting Nougat in August of 2016 and an update in December, Google’s ready for the next step. Here’s how to get Android 7.1.2 Nougat on your Nexus or Pixel today.

Most users are currently enjoying Android 7.1.1 Nougat, which was released in December. However, ahead of detailing Android O in May the company has now released 7.1.2 full of bug fixes, improved performance and new features.

Following a short beta period for testing the latest Nougat release is now available for all. Simply wait for the update or download the Android 7.1.2 Nougat System Factory Image from Google. It contains all the files needed to install the latest software on the Pixel, Pixel XL, Nexus 5x, Nexus 6P, Pixel C and Nexus Player. Sadly the older Nexus 5 or Nexus 6 will not get this release. Either way, lets get started. 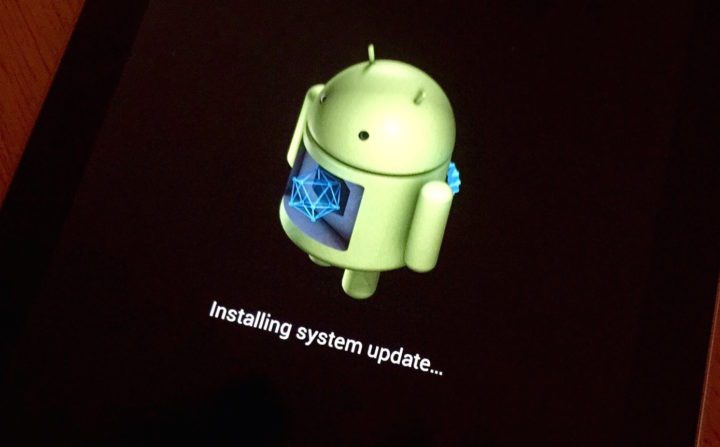 First things first, the Android Beta program is without a doubt the easiest way to go about things. It’s dead simple, doesn’t erase any information, and is all done by Google. Start by heading to Android.com/beta and enroll your eligible device. However, now that 7.1.2 is officially available the beta program is no longer needed. Just wait for the over-the-air update notification. Although some who don’t want to wait can join the beta and get it immediately, then wait for the OTA update after that. Although that’s two big updates instead of just waiting for one.

Google formally announced the full rollout of Android 7.1.2 Nougat on April 3rd. Stating that starting that day, and over the course of the next few weeks, all users should see it arrive. So our instructions below are for those that don’t want to wait, and would like to try it now. Additionally, if you’re device is having problems, 7.1.2 fixes most of them.

Android 7.0 Nougat was a major release for Google’s smartphones and tablets. It adds a slew of features which are highlighted in the vs and what’s new post linked to at the top of the page. Considering this is just a maintenance release and small update, there isn’t much that’s new. Here’s what we know right now:

“Android 7.1.2 is an incremental maintenance release focused on refinements, so it includes a number of bugfixes and optimizations, along with a small number of enhancements for carriers and users. ” — Google

Along with fixing some problems, optimizing performance and other things, it added many of the fingerprint gestures to the older Nexus 5X or 6P. Google also improved fingerprint recognition or swipe performance, Bluetooth, and added a new sub-menu with battery usage information in settings. The Pixel C received a lot of new stuff too. From the Pixel Launcher, new home-screen design, a completely revamped recent apps multi-tasking window and more. Now, lets install it.

This guide will show you how to install the latest release of Android 7.1.2 Nougat right now, instead of waiting. This is something you can do from Windows, Mac, Linux or ChromeOS. There are multiple ways this can be done, and lots of things that can go wrong, but below are the easiest steps without spending hours setting up all of Google’s developer software. First you’ll need ADB, some files, factory images and then we’ll be ready.

Before you can install Android 7.1.2 to the Nexus 5x, Pixel XL or others you will need to install ADB and Fastboot to your computer. This is a program that runs on your PC/Mac to connect to your Android device through a USB cable and flash Android software to a device.

Installing ADB and Fastboot is one of the most annoying parts of installing Android factory images, but several tools make it incredibly easy.

Those using a Windows computer can download the 15 second adb installer to streamline the process and get up and running in a few minutes.

After this is installed you should be ready to flash the Android 7.1.2 Nougat files to any supported device.

Nexus Tools makes it easy to install ADB on a Mac, Linux or even ChromeOS. Simply open Terminal on the computer and past in the code from xda. Open terminal by going to search, and just type Terminal to open it. Then copy/paste that code to get started.

This will install ADB and Fastboot on Mac, Linux and Chrome OS without the need to do anything else. It’s extremely easy, and avoids all the ADB package mess that typically takes much much longer to complete.

After the script finishes type ADB or Fastboot to start running either process. This is where you’ll need to be to flash the new Android 7.1.2 system images provided by Google to your device. Remember to head into settings > developer options and enable USB Debugging first.

The first thing you need to do is download the Android 7.1.2 Nougat System Image for your device. Now that it’s out of beta they are in the regular location. You’ll have to agree to the terms to proceed. Click the links below to download the files for each device. Additionally, Google provides OTA update files so a full device erase isn’t required.

So far Google has released the image for all supported devices, and for Pixel units outside the US too. It’s available for the Pixel, Pixel XL, Nexus 5X, Nexus 6P, Pixel C and Nexus Player. Remember, 7.1.2 will not come to the Nexus 5, 6 or Nexus 9.

Next you will need to unzip these files to a folder you can access. We unzipped it to our Mac desktop. After you have the Android 7.1.2 Nougat system image unzipped you will need to find it. Then type cmd into the address bar on Windows, or open terminal and direct it to this new folder on Mac, Linux or Chrome OS. Reminder, if you’re on a MAC you need to make sure terminal is running inside the folder you just unzipped.

If your Nexus/Pixel is not bootloader unlocked you should do that first. We could not install the Android 7.1.2 System image and update with the device locked. This will wipe your device and erase all user data, settings, pictures, etc. Repeat, this will erase everything! If you don’t want to do this, wait for the over-the-air notification which should arrive within the next week or so.

Nexus 6P users will need to use “fastboot devices” and then “fastboot flashing unlock” to unlock the bootloader. Then proceed.

Now open the folder containing the unzipped Android 7.1.2 System Image file you just downloaded. Type cmd in the address bar. Type the multiple commands posted below and hit enter. Or copy and paste to avoid mistakes. On a Mac you can open Terminal in the folder by enabling terminal shortcuts in settings. This is key for Mac users. Head to System Preferences and select Keyboard > Shortcuts > Services. Find “New Terminal at Folder” in the settings and click the box. Now when you’re in Finder, just right-click a folder and you’re shown the option to open Terminal. Or just do it from the desktop where you unzipped the Factory image as shown below.

Once in terminal simply copy and paste the commands below to install Android 7.1.2 to your Nexus or Pixel phone.

This will push all of the files and update your device to the latest official release of Android 7.1.2 Nougat. The files will start sending and installing and Nexus devices may reboot. Take a look at the new updating animation, and wait for the process to complete. The logo screen may stay for a long time. Don’t unplug the device. This may last 10 minutes or longer. When Android prompts you to complete setup you can unplug the Nexus. It took less than two minutes for us.

It’s worth noting that some users may experience a “missing system.img” error and the installation will be aborted. This is because the way you’re trying to flash the update. Instructions on how to get around this can be found right here. Essentially users will need to unzip the update.zip folder and move all the images to the original folder we mentioned above, then manually flash them one by one. Instead of using the flash-all command mentioned above. Only do this if you run into issues with missing images. It takes a few more steps, but works all the same. The latest Google developer tools broke ADB too, so some may run into other issues. If so, use our method instead of Google’s official tools.

When the process finishes you can enter your information or Gmail account and start using Android 7.1.2 right now on your Nexus devices. For those who’d like to live on the edge, this same process works for installing the Android O beta. Although it’s not very stable and we wouldn’t recommend it for daily use.

So what’s next? Well, that’s Android 8.0 “O” which many have already started calling Oreo. When it will arrive is anyones guess. That being said, the beta was announced in March, and more details will be shown off at the annual Google I/O event in May.

Android O brings some significant changes to improve battery life, revamp notifications even further, refine the settings menu and other small changes.  We’re expecting Android O to be released sometime in August or September after four different beta versions are released to the public.

In closing, we’d recommend waiting for and accepting the update to Android 7.1.2 Nougat right now. So owners can enjoy the best experience possible today. Then use Android O later this year after it’s more stable. Good luck and enjoy.