Samsung typically keeps its Galaxy Beta Program exclusive to Galaxy S models, but that’s changed this year with the release of a Galaxy Note 9 Pie beta.

The company has opened up the beta program to the flagship Note and the beta gives Galaxy Note 9 users in select regions with select models (signups are currently limited) a chance to try Android Pie and the One UI ahead of its official release.

Signing up for the Galaxy Note 9 Android Pie beta only takes a few moments and it will put you in line to try Samsung’s new features and UI before the official version is pushed to the Galaxy S9, Galaxy S9+, and Galaxy Note 9 in January, 2019.

If you own a compatible device and want to join the Android Pie beta, here’s what you need to do.

If you want to give the Android Pie update and the One UI a spin on your Galaxy Note 9, you need to download the Samsung Members app, known as Samsung+ in North America. You can find the app via the Galaxy Apps store or via the Google Play Store.

If you already have the Samsung Members or Samsung+ app, you’ll need to download the latest version in order to get support for the beta.

Once you download the appropriate app, launch it, and you might see a banner that says “One UI with Android 9.0 on Galaxy Note9”. Tap that and submit your Galaxy Beta Program application form. If the beta isn’t live in your region for your Galaxy Note 9 model, you won’t see any of these options yet.

If you have a Samsung Account and meet all of Samsung’s participation criteria, you’re all set. If you don’t have a Samsung account, you need to create one via Samsung’s website to proceed. 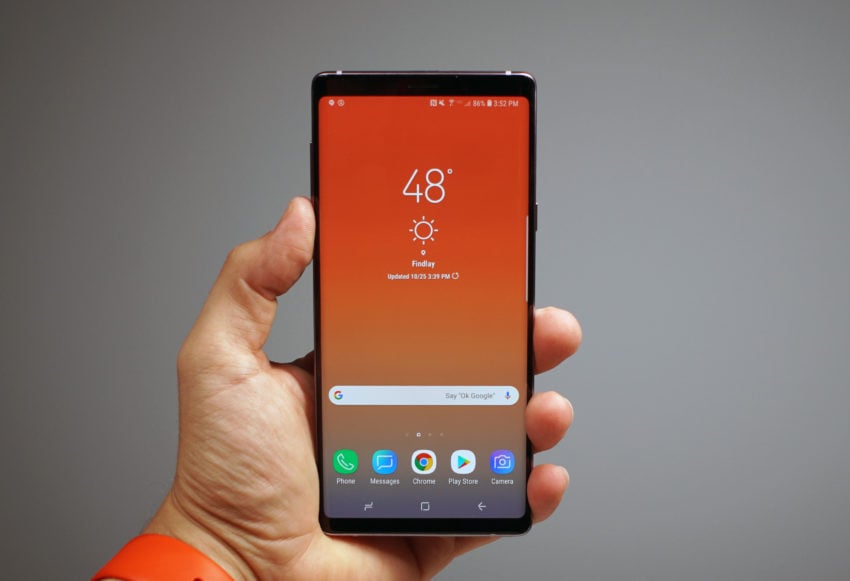 Once the Galaxy Note 9 beta is live in your region head into your device’s Settings. Once you’re in there go to Software update > download updates. If your Galaxy Note 9 Android Pie beta update is available, you can pull the update to your phone.

The Samsung Galaxy Note 9 Android Pie beta is available in India, Germany, and the United States and we could see it extend to other countries before the end of the year. Potential markets include the United Kingdom, South Korea, China, France, Poland, and Spain.

Once you get the Android Pie beta on board your Galaxy Note 9 you should report bugs and performance issues back to Samsung so that its engineers can improve the software ahead of the official release in January. That can be done via the Samsung Members app or Samsung+.

For more on the Galaxy Note 9 Android Pie beta, please check out our full guide.