3D Touch is on by default and you can start using it right out of the box, without any setup. Apple offers options to change the sensitivity or turn off 3D Touch, but there is not a lot of customization you can do just yet.

How to Use 3D Touch 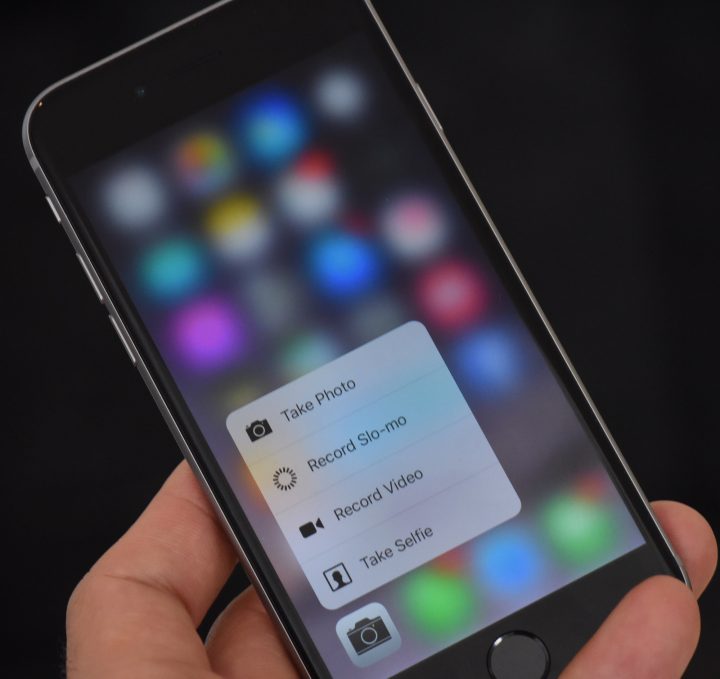 How to use 3D Touch, how to turn 3D Touch off and how to change 3D Touch sensitivity on the iPhone 6s and iPhone 6s Plus.

To get started using 3D Touch, just push harder on the Messages icon on your home screen. As you push you will feel a small vibration as you activate and the screen will pop open to show you your recent messages.

That’s the first step to using 3D touch. You can use this on many Apple apps, third-party apps and inside Apple Apps. You can even use 3D Touch on the keyboard to activate a text select  tool.

Now let’s look at the Peek and Pop options of 3D Touch. Instead of a single action, you can now perform one action and then another based on the amount of pressure you apply to the screen.

Open up a message with a photo, or a link in it. Push on the link lightly until it pops up to fill part of the screen. From here you can slide up to share, copy or perform another action.

You can also push in just a little more and it will open the link in Safari. You can use this deeper press to go into your Calendar app or into Apple maps, it all depends what you are pressing on.

If you push on the left edge of your iPhone screen you can then slide over to go back one app or slowly slide over to open the App Switcher.

How to Long Press on iPhone 6s

When you upgrade from an older iPhone it can be hard to long press on the iPhone 6s with 3D Touch.

Many users find that they were pushing harder on the iPhone screen instead of actually using a long press. With 3D Touch on the iPhone 6s, you need to train yourself to tap and keep your finger on an icon without pushing harder. This will take some training, but once you figure it out you’ll be able to consistently long press instead of activating 3D Touch when you want to re-arrange your home screen.

How to Change 3D Touch Settings

The iPhone 6s and iPhone 6s Plus let you turn off 3D Touch and change the sensitivity. You cannot adjust other options like which apps open with a Peek and a Pop, but if you have trouble using this feature you should start here. 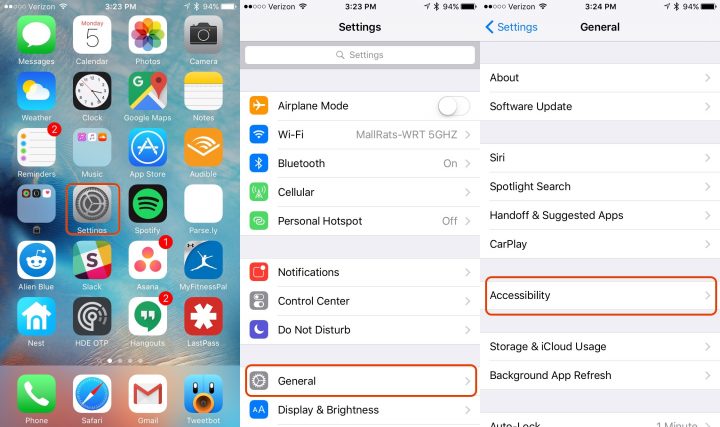 Here you can tap on Off to turn 3D Touch Off if you do not want to use it. You can also change the sensitivity so that it works better with how you use your iPhone. 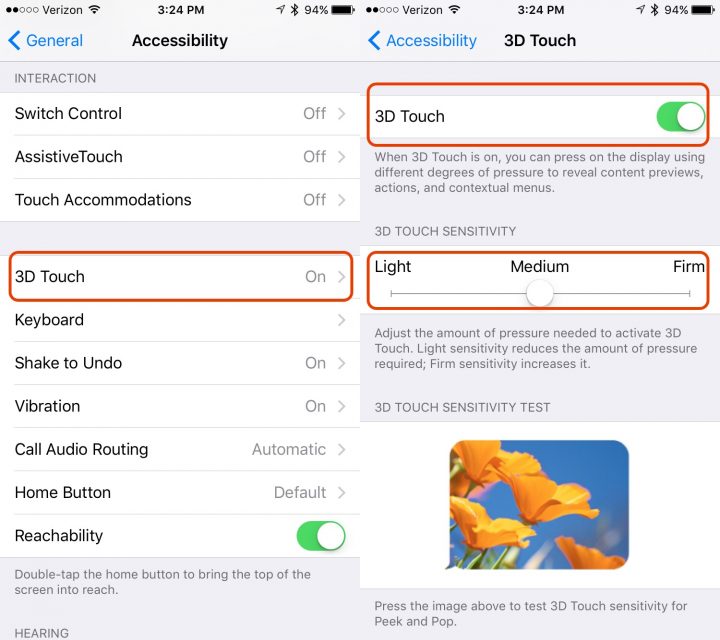 Move the slider to Light or Firm and then you can practice to see if the new 3D Touch sensitivity is right for your touch. You can go back to Medium if neither option is easier to use.

Many Apple apps support 3D Touch on the iPhone 6s and iPhone 6s from the home screen and within the app. Other apps like Twitter, Instagram, Dropbox and more use 3D Touch. You can test this by pressing on different areas of the screen. If an app doesn’t use 3D Touch on the home screen it will give a quick vibrate and if you are in an app it will simply act like a long press if there is no 3D Touch support.

Check out these things you can do with your iPhone 6s using the slides below to get familiar with the new features.