One of the biggest complaints about the iPhone 6 and iPhone 6 Plus last September focused on how easy the iPhones were to bend. The iPhone 6s release is coming fast and the latest iPhone 6s rumors and leaks show a small, but very important change that will make the new iPhones stronger.

After unwanted attention on Bendgate, and few users taking us up on our inventive solution to protect your iPhone 6 a new report outlines a major change to the iPhone 6s and iPhone 6s Plus design. 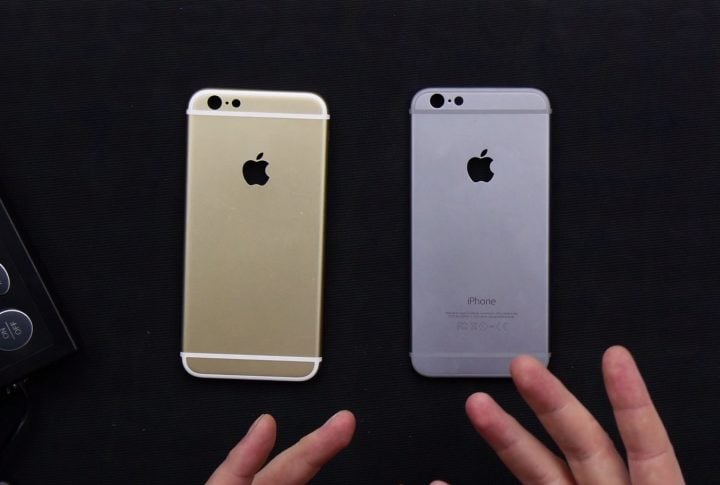 What’s that you say? You thought Apple did not change the design of the iPhone with an ‘s’ release. That’s true from an overall look standpoint, but we do traditionally see small changes inside shell and with components.

The iPhone 6 aluminum is series 6000 — a very common aluminum used in all types of applications and as it turns out fairly easy to bend at a weak point. An analysis of the an alleged iPhone 6s back plate suggests Apple plans to use the new Series 7000 Aluminum most commonly used in aerospace applications.

Watch the video below to see a iPhone 6s bend test using what is very likely the back plate of the iPhone 6s. Unbox Therapy received this part from notorious Apple leaker Sonny Dickson, which suggests this is legit.

The larger iPhone 6 Plus was more susceptible to bending last year and while this video shows the iPhone 6s, it is very likely that the iPhone 6s Plus will use the same stronger aluminum that will make bending the iPhone 6s or iPhone 6s plus with your bare hands or while in a pocket very difficult.

We may also see a new Apple TV 4 at this event that could eventually include a streaming TV service. Apple already announced iOS 9 in June, but this event is a prime location to share more new features and the iOS 9 release date.

Multiple reports indicate the usual swift push to pre-orders and release. The iPhone 6s pre-orders should start by September 11th and the iPhone 6s release date will likely follow on September 18th according to leaks.

In addition to a new stronger aluminum reports indicate the iPhone 6s specs will include a faster processor, better cameras on the front and back and a new Force Touch feature like the Apple Watch and the MacBook touchpad.