Virtual reality headsets can make creating and designing any product easy. Lenovo, one of the world’s biggest PC makers and a huge purveyor of virtual reality technology, is looking to let businesses uses VR technology in the workplace easily. The new Lenovo ThinkStation P320 is a Windows PC built for the demands of engineers and developers that need software like VR4CAD.

Lenovo revealed the ThinkStation P320 during DevelopLive 3D, a tradeshow dedicated to new ways to automate and enhance the workplace, which is exactly what the company believes the ThinkStation P320 will do. Samsung Gear VR, HTC Vive and Oculus Rift VR headsets are helping the technology gain traction in gaming. Lenovo has taken the guesswork out of getting started with VR in a business setting. The ThinkStation P320 is ProVR certified, meaning it can run the tools that virtual reality development requires. A Flex Module system lets companies add the ports that their engineers need to work efficiently. The ThinkStation P320’s GreenGuard certification underscores Lenovo’s commitment to balancing the power that working with VR requires and environmentally cautious power consumption. 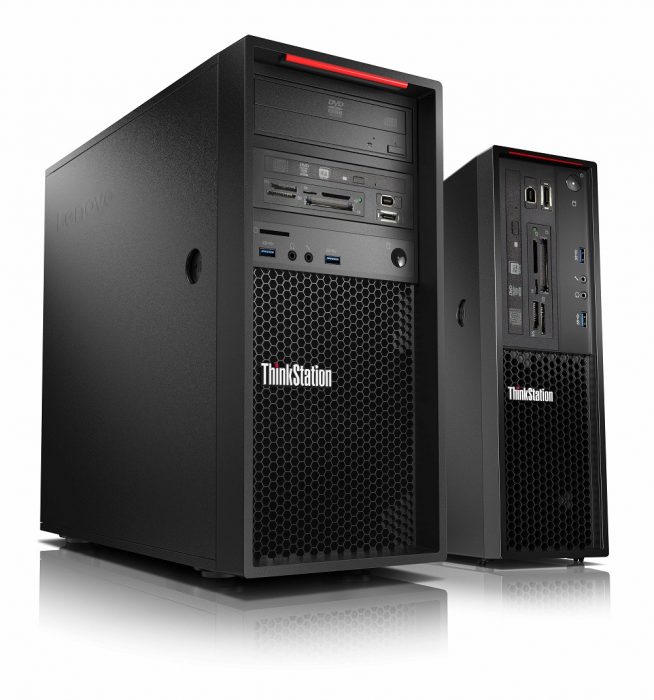 The Lenovo ThinkStation P320 in both its forms.

The desktop computer comes in two configurations. One maximizes space savings and the other that is the same size as a full tower desktop PC. The two computers have everything that businesses need to get the most out of their 3D software. Processors include up to a 7th Generation Intel Core i7 processor. Up to 64 GB of RAM can be stuffed inside. Buyers have the option of maxing the machine out with a 400W power supply and 1TB solid state drive too. Flex Modules for the PC include media card readers, eSata ports and USB Type-C Thunderbolt technology. Windows 7 Pro, Windows 10 Pro and Ubuntu are all supported operating systems, Lenovo says.

The Lenovo ThinkStation P320 will go on sale this coming April. The company says that its kept affordability in mind, but pricing hasn’t been announced yet.