LG recently announced the new LG G7 ThinQ with high-end specs to take on the Samsung and Apple competition. With the Galaxy S9+ readily available and a new G7 coming soon, here’s how the two compare. We’ll go over everything you need to know about both so you can decide which one to buy.

If you’re hunting for your next smartphone LG’s G7 should be near the top of your list. This phone has a few things most phones don’t. Some of those include a dedicated Google Assistant button, a wide-angle camera lens, and a built-in Quad DAC for improved audio.

That’s on top of high-end specs that match the Galaxy S9, and a big 6.1-inch Quad-HD display with almost no bezels. It’s like a blend between the iPhone X and the Galaxy S9+. Only with LG’s fine-tuning, AI smarts and other fancy features.

Read: 10 Cool Things the Galaxy S9 Can Do

And while there are several excellent Android phones available now or coming soon, the LG G7 arrives on June 1st. Making it and the Galaxy S9+ two of the best phones on the market right now. 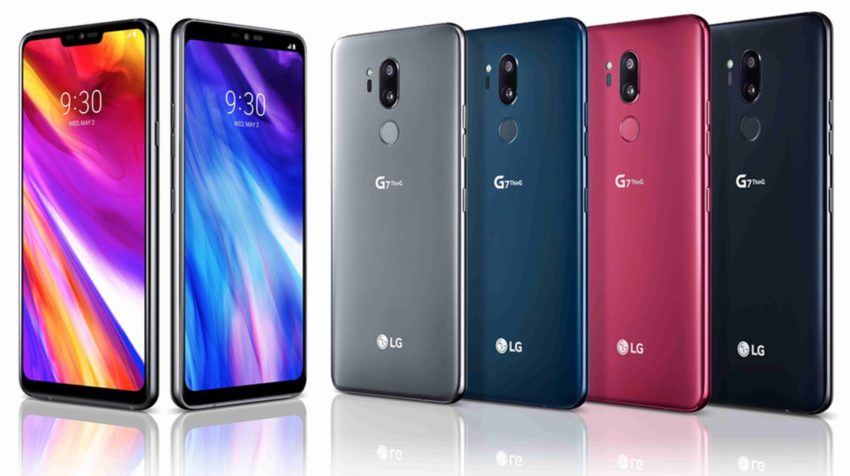 When it comes to buying a new phone these days two of the most important factors are the screen size and the camera. Luckily for you, both the Galaxy S9+ and the LG G7 have big screens and three cameras. And that’s part of the reason we only recommend the Galaxy S9+ and not the smaller Galaxy S9. Samsung’s bigger phone has two cameras on the back.

That said, the way these two phones handle the edge-to-edge screen, dual cameras, and AI software is completely different. So different that some of the changes might be a deal-breaker or a deal-maker for some.

So, when it comes to making a decision for your next smartphone in 2018 these are two phones that should be near the top of your list. And while Motorola, HTC, and even OnePlus will offer great phones later this year, the Galaxy S9+ and G7 are two of the best options. With that in mind, our slideshow below goes over a few reasons why you should, and shouldn’t, choose one or the other.