The LG V30 release date is quickly approaching and we already have a good idea of what to expect thanks to a brand new leaked photo. And while we’ve heard and seen plenty about it already, this latest leak reveals a sleek phone that looks to take on Samsung’s Galaxy Note 8.

If you needed any more confirmation on what the LG V30 looks like, its features, or the big screen, this is it. As the August 31st launch event nears information continues to surface. The latest of which is a brand new photo from famed leakster Evan Blass showing it off from nearly every angle.

We already knew the LG V30 will come with a large 6-inch OLED display, as the company announced the details earlier this month. However, we didn’t have a clear picture of the design, or how small the bezels would be around the screen. This is the new and improved LG V30. 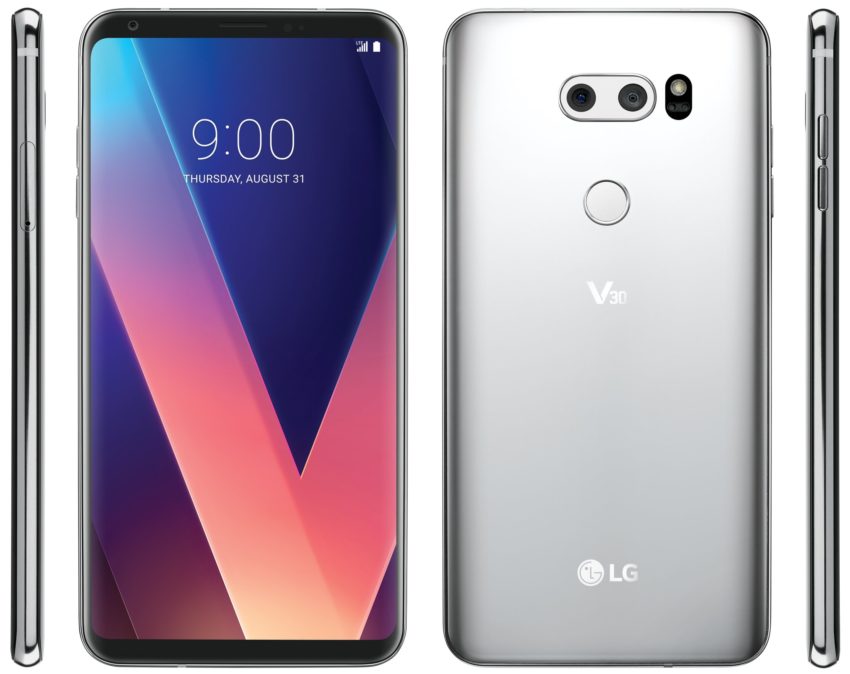 This image clearly shows a completely redesigned smartphone. It looks nothing like the older LG V10 or last years LG V20. Instead, the company ditched the second screen completely and increased the size to 6-inches.

LG confirmed this will be its first P-OLED display in a flagship smartphone. The P stands for plastic, which should make it more durable than most smartphone displays. However, LG will still add a strong Gorilla Glass 5 on the top of the screen for added durability.

You’ll also notice the screen has rounded corners like we saw with the LG G6 earlier this year. Additionally, LG states this phone will have a curved glass edge similar to the Galaxy S8 and Galaxy S7 Edge. We can see it slightly in the leaked image, and reports suggest LG won’t curve the screen as much as Samsung’s recent devices.

For those wondering, the Galaxy S8 has a big 5.8-inch curved display. The upcoming Galaxy Note 8 is rumored to have an even bigger 6.3-inch Quad-HD screen. That puts LG right in the middle at 6-inches, a perfect middle ground for potential buyers. 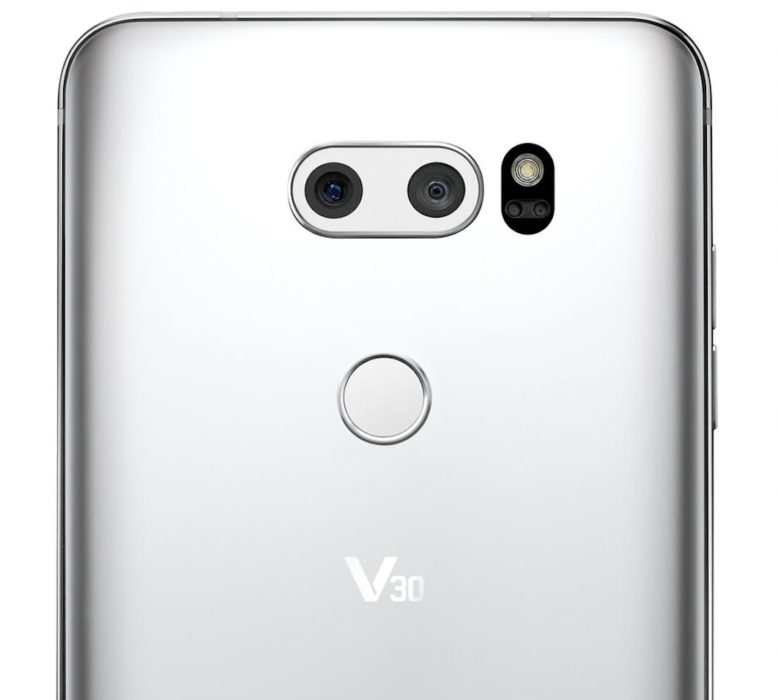 We can also see the phone features two cameras on the back, something LG has offered for years. That said, the LG V30 will be the first smartphone with a f/1.6 aperture camera. Allowing for faster photos that take in more light. This should result in an improved photography experience and crisp, clear photos. Additionally, the second rear camera is also 13 megapixels but has an f/2.4 aperture wide-angle lens. Rumors believe the Note 8’s secondary camera will feature a 2x optical zoom. Potential buyers need to decide which camera feature they prefer.

Other specs include a powerful Snapdragon 835 processor with 4 or 6GB of RAM, 64GB of storage, and a microSD slot for expansion. Leaks also suggest the LG V30 will offer an IP68 dust and water-resistant rating, wireless charging, and potentially debut LG’s mobile payment system to take on Samsung Pay.

From everything we’ve seen and heard so far, this looks like LG’s best smartphone to date. We expect both the Galaxy Note 8 and LG V30 to get announced in August, then arrive a few weeks later. If this photo is accurate, the Galaxy Note 8 could be in for some tough competition.