Madden took a backseat to FIFA 16 at E3 2015, but we finally get a better look at the important new Madden 16 features that will change the gameplay this year and offer a reason to upgrade for many gamers.

EA finally took the covers off of what will set Madden 16 apart from Madden 15 that is now free with an EA Access subscription, and gamers can enjoy a major upgrade to offense and defense when it comes to passing, catching and defending against the pass.

While the Madden 16 gameplay trailer from E3 2015 focuses on Odell Beckahm Jr., the Madden 16 cover athlete, the new Madden is about more than just pulling off insane catches. 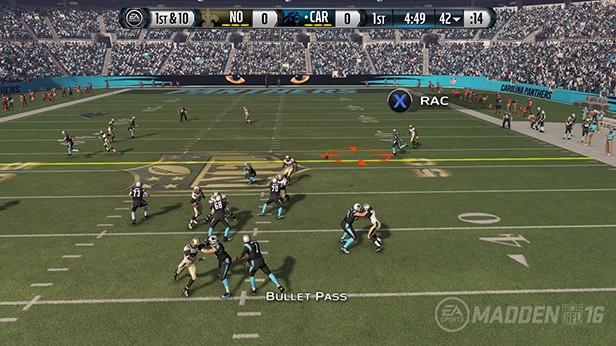 What you need to know about Madden 16 gameplay, features and the new Draft Champions mode.

EA wants to take the training mode from Madden 15 and bring it into the actual game so that you know how to play better without spending hours in training. Part of this new training will show you different options to choose and buttons to press while you play regular Madden 16 games. Ideally, these tips will make you a better player in the game anytime you play.

Here’s what you need to know about the new Madden 16 features, gameplay and other details announced at E3 2015.