What’s new in Madden 16? Here is out look at Madden 16 vs Madden 15 after playing through the new Madden on Xbox One.

Every year EA delivers a new Madden game, and there is always a question of whether there are enough improvements to upgrade and buy the latest version. After playing just a few games it is clear that there are some important and impactful changes from Madden 15 to Madden 16.

We have a full Madden 16 review in the works with a look at these new Madden 16 features and modes that you cannot use or play in Madden 15, but while there is still a chance to get in on an insane Madden 16 deal and score some of the Madden 16 pre-order bonuses we want to take a closer look — a deep dive if you will — at the 10 key differences between Madden 16 and Madden 15. 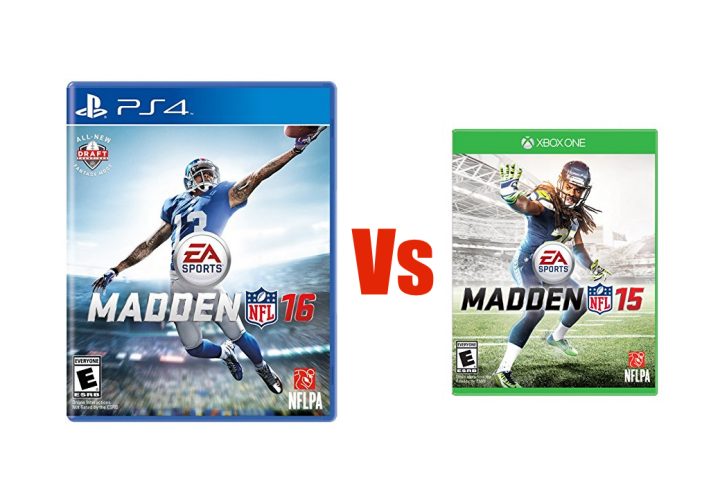 The most important Madden 16 vs Madden 15 differences.

The Madden 16 release date is coming on August 25th, but there is an early Madden 16 EA Access release date now on Xbox One. The full release comes to Xbox One, PS4, PS3 and Xbox 360. There is a standard version for $59.99 and a Deluxe edition for $69.99 with a ton of Madden Ultimate Team Pro Packs.

Madden 15 is free to play for EA Access members on Xbox One and it is also easy to find used at a decent price. After playing with the new modes and features it is clear that EA delivers on the promise of an upgrade worth playing. If you are a fan of realistic football and you want more control over the outcome of each play, Madden 16 is a major change from Madden 15.