Apple’s new 9.7-inch 2017 iPad doesn’t come with a lot of surprises except for one, the $329 price tag Apple gave the 32GB model. It now competes with other budget tablets including the company’s own iPad mini 4, their former low-price option. Potential buyers may want to know if this new 2017 iPad offers enough reasons to upgrade from their present iPad or switch from another company’s tablet. We’ll let readers know in our review of the new low-cost iPad. 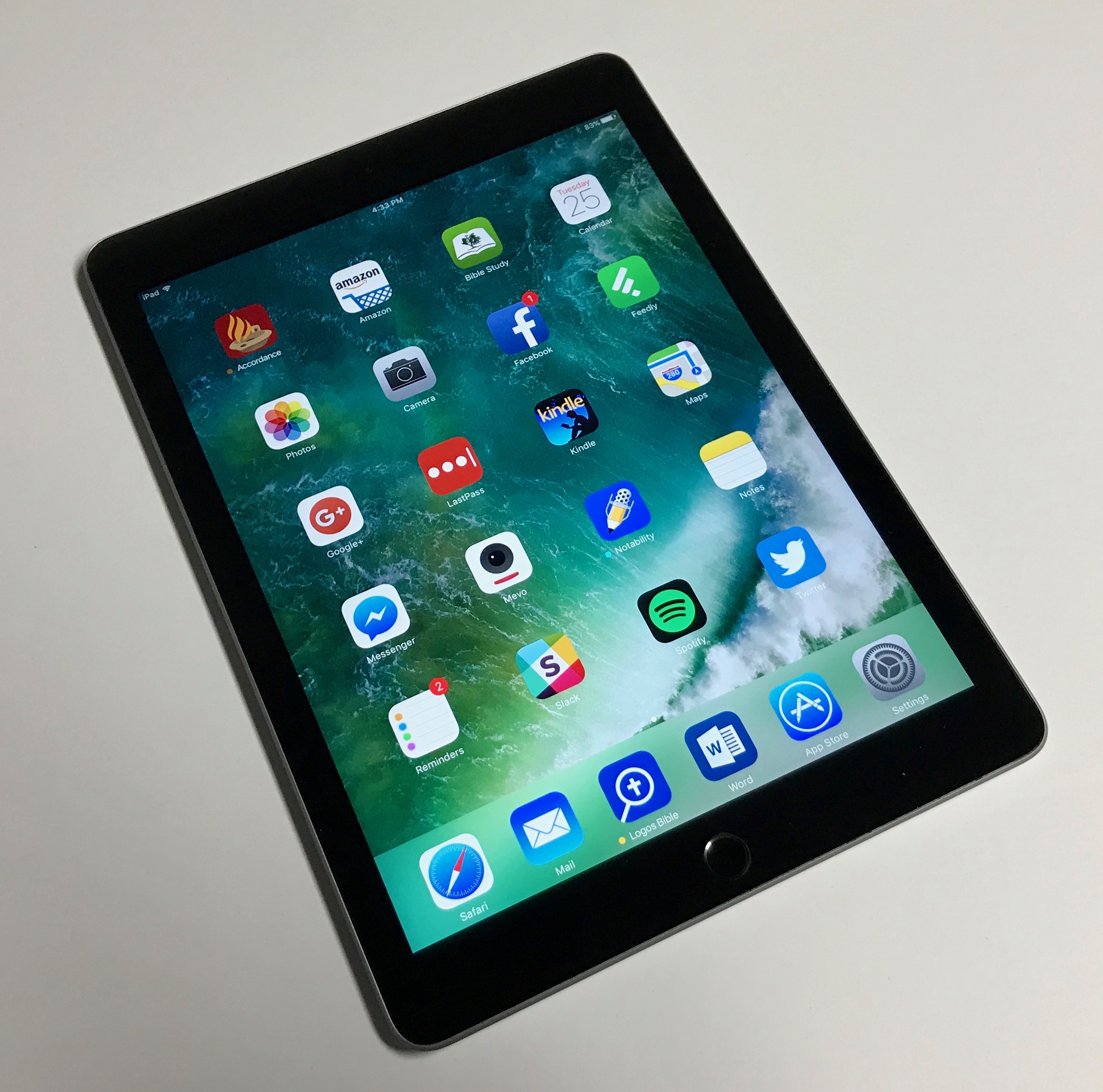 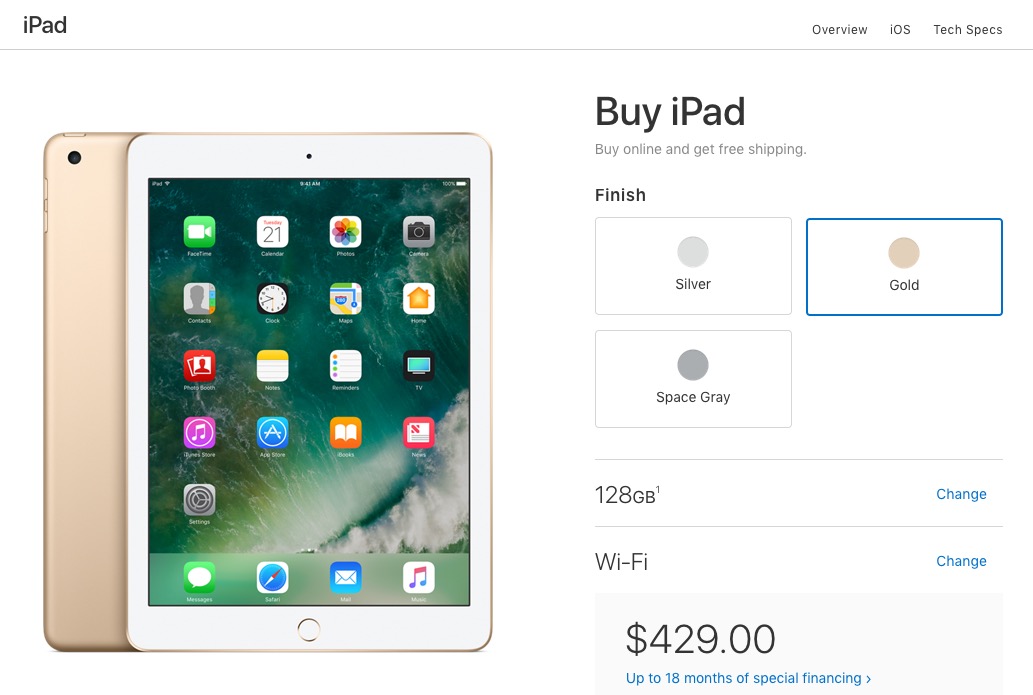 The hardware design of the new 9.7-inch 2017 iPad looks almost exactly like the rest of the iPads Apple sells or sold earlier. It’s got the same rounded corners, brushed aluminum edges that bring the front glass display together with the aluminum back and the same rounded edges. 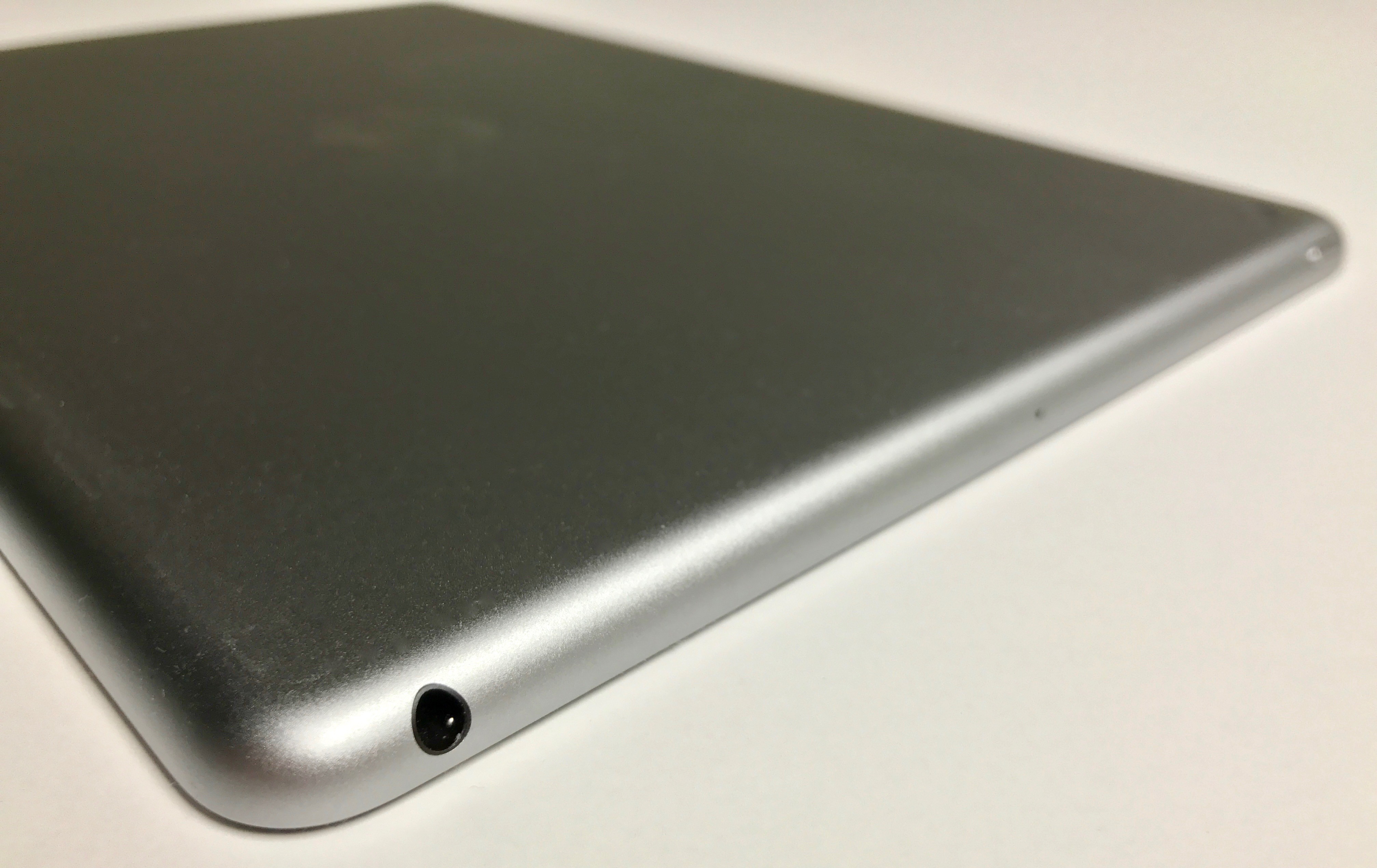 Apple didn’t remove the 3.5mm stereo headphone/mic combo port like they did on the iPhone 7 and 7 Plus. It’s still there on the top edge on the left.

The left edge doesn’t show us much, but Apple placed their magnets there to connect to the Apple Smart Cover and other covers. 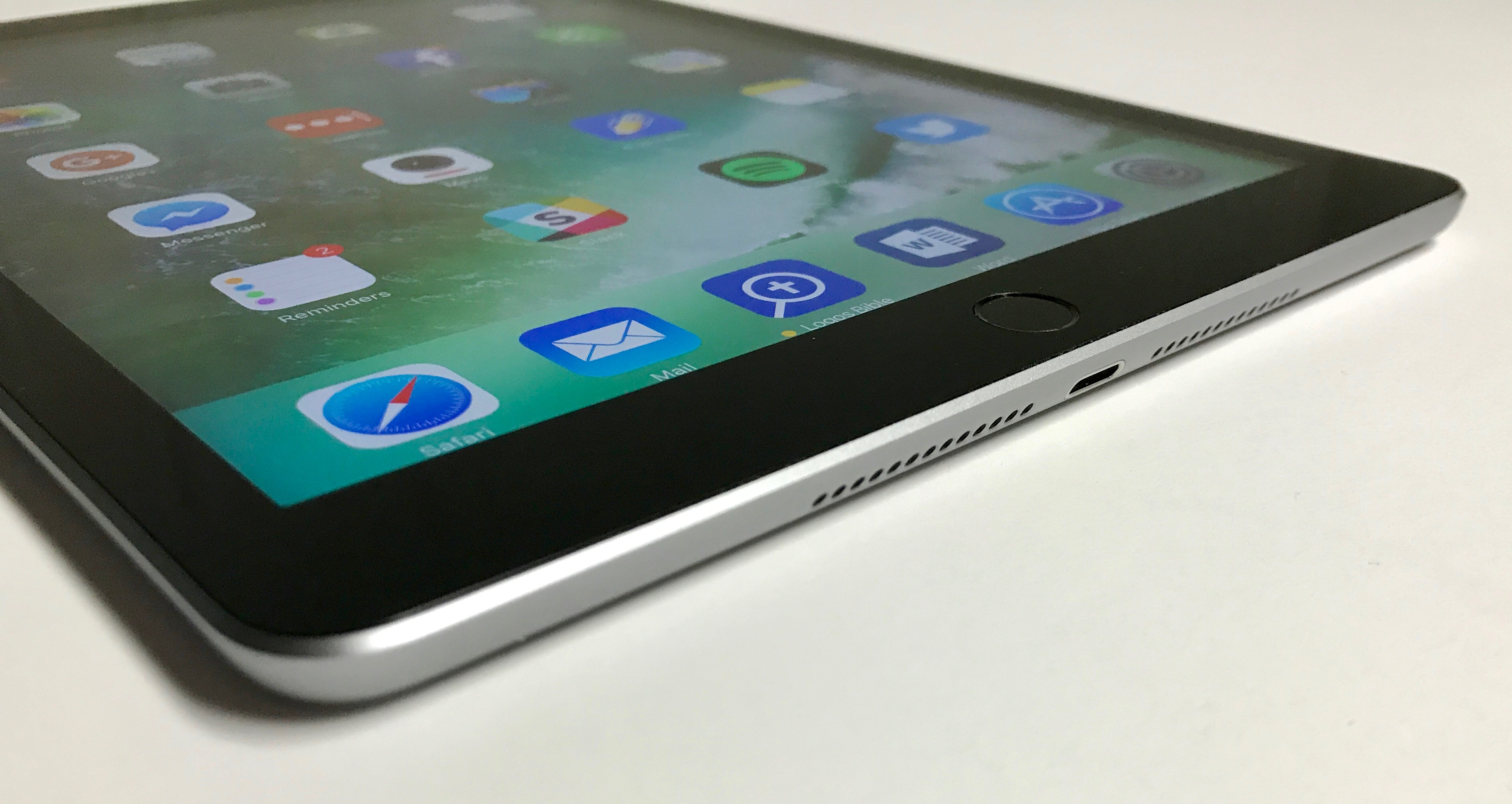 The bottom edge of the new 2017 iPad has the speakers and a Lightning port between them.

Why doesn’t Apple change their iPad design more drastically from model to model? First, why mess with something that works? People like the thin slab of glass and metal design because it works well, Apple makes them to last and it helps users view content and attach accessories in a useful way. 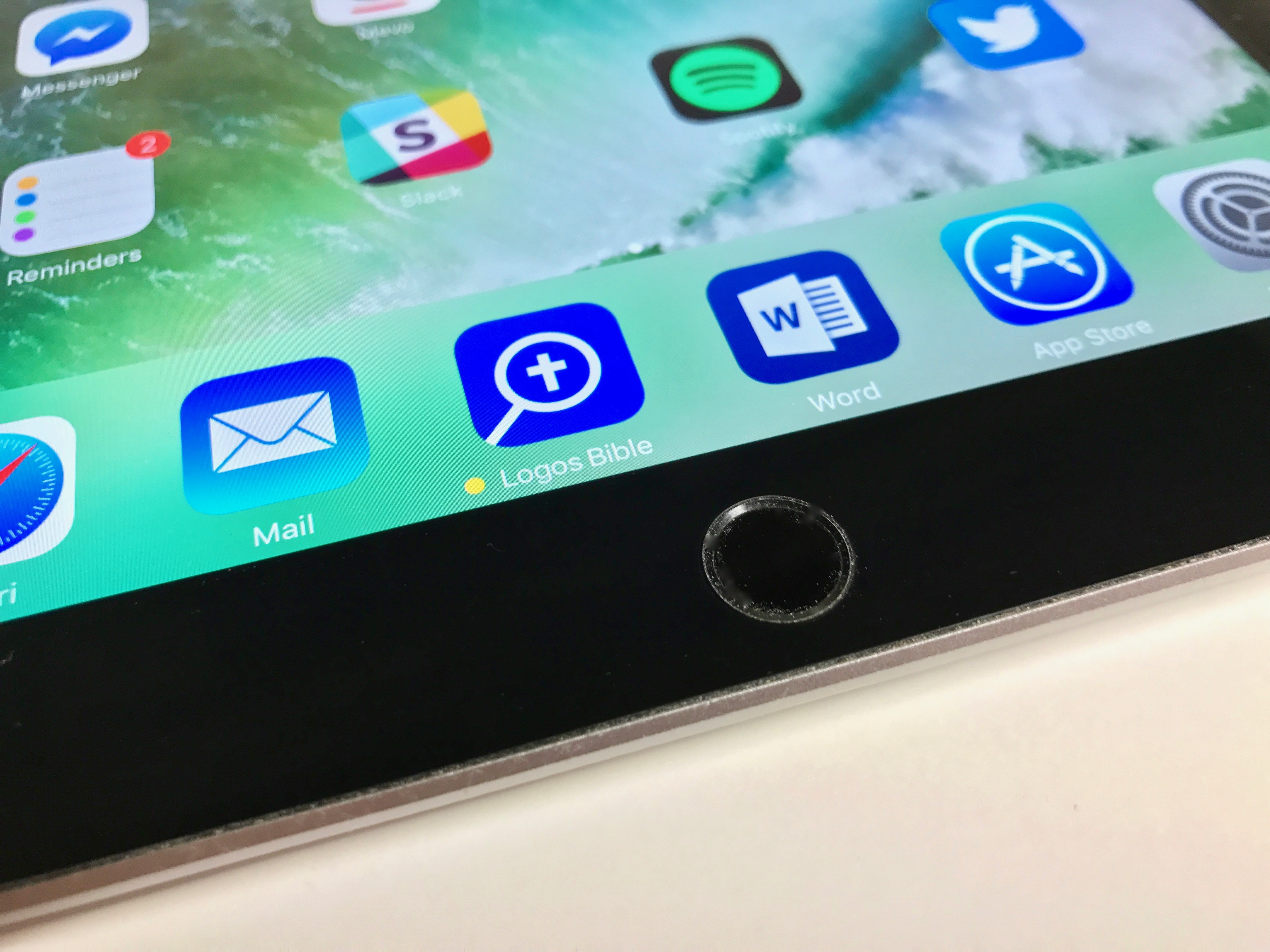 The new 2017 iPad comes it at only $329 and it’s budget price shows somewhat. Pressing the home button to unlock takes a second or two longer than my iPad Pro or iPhone 7 Plus. Apps usually launch instantly, but after a little use, the iPad does launch them noticeably slower. However, it’s not enough that the average user will mind. In fact, if I wasn’t looking for a speed difference while launching apps and unlocking my iPad next to my other iOS devices, then I might not have noticed. 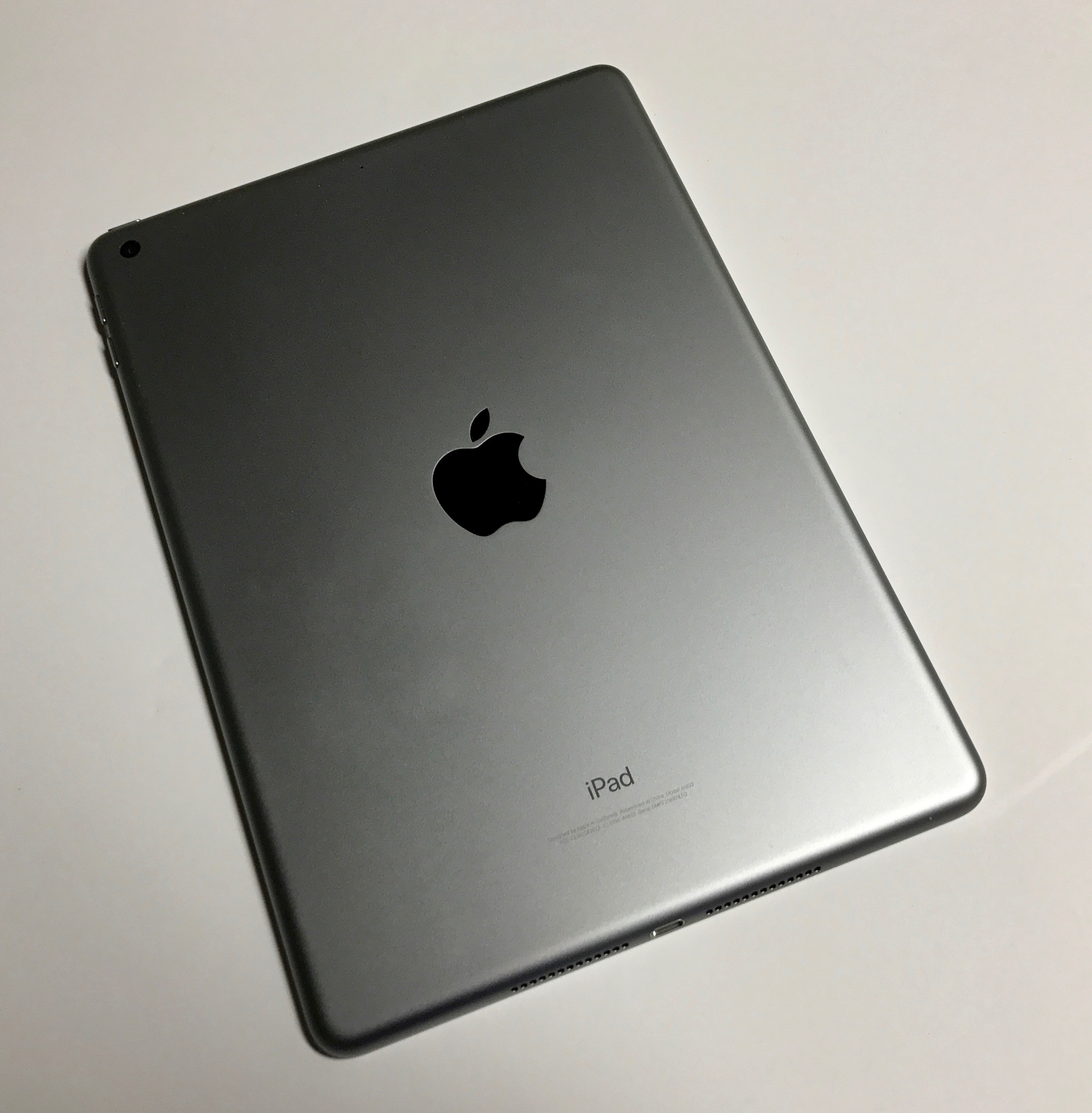 The graphics chip and CPU built into the new 2017 iPad run slower than the iPad Pro and iPhone 7 and iPhone 7 Plus. The A10 Fusion chip in the iPhone 7 bests the 2017 iPad’s A9 as does the M10 over the M9 for graphics processing. In real world, that means the new iPad’s not the top choice for gaming and design, but it will still play casual games and in my experience works well for most common tasks.

The battery of the new 2017 iPad compares favorably to the other iPads. Apple promises 9-10 hours depending on what you’re doing. That’s pretty accurate in real-world experience.

Despite the low price, the new iPad isn’t a slouch in terms of power and battery life. Most users will enjoy using it, but the power user might want the iPad Pro instead. 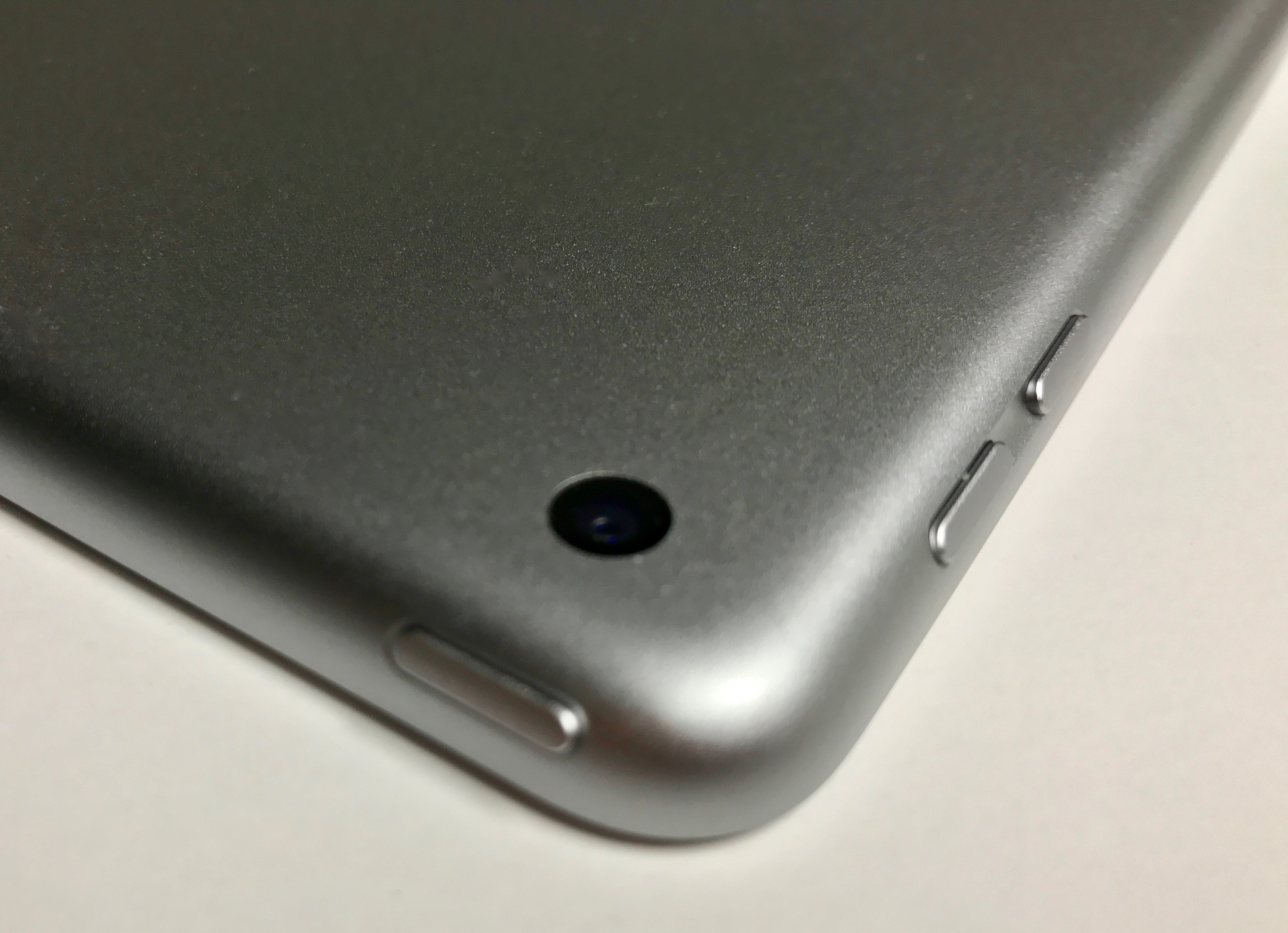 Apple put an 8MP camera on the back of the new 2017 iPad and it enjoys many of the same features seen in iPhone cameras. You can use it to take Live Photos, panorama photos, HDR images, burst mode, timer mode photos and videos. It shoots 1080P video at 30fps, 120fps Slo-mo video and time-lapse video with image stabilization. 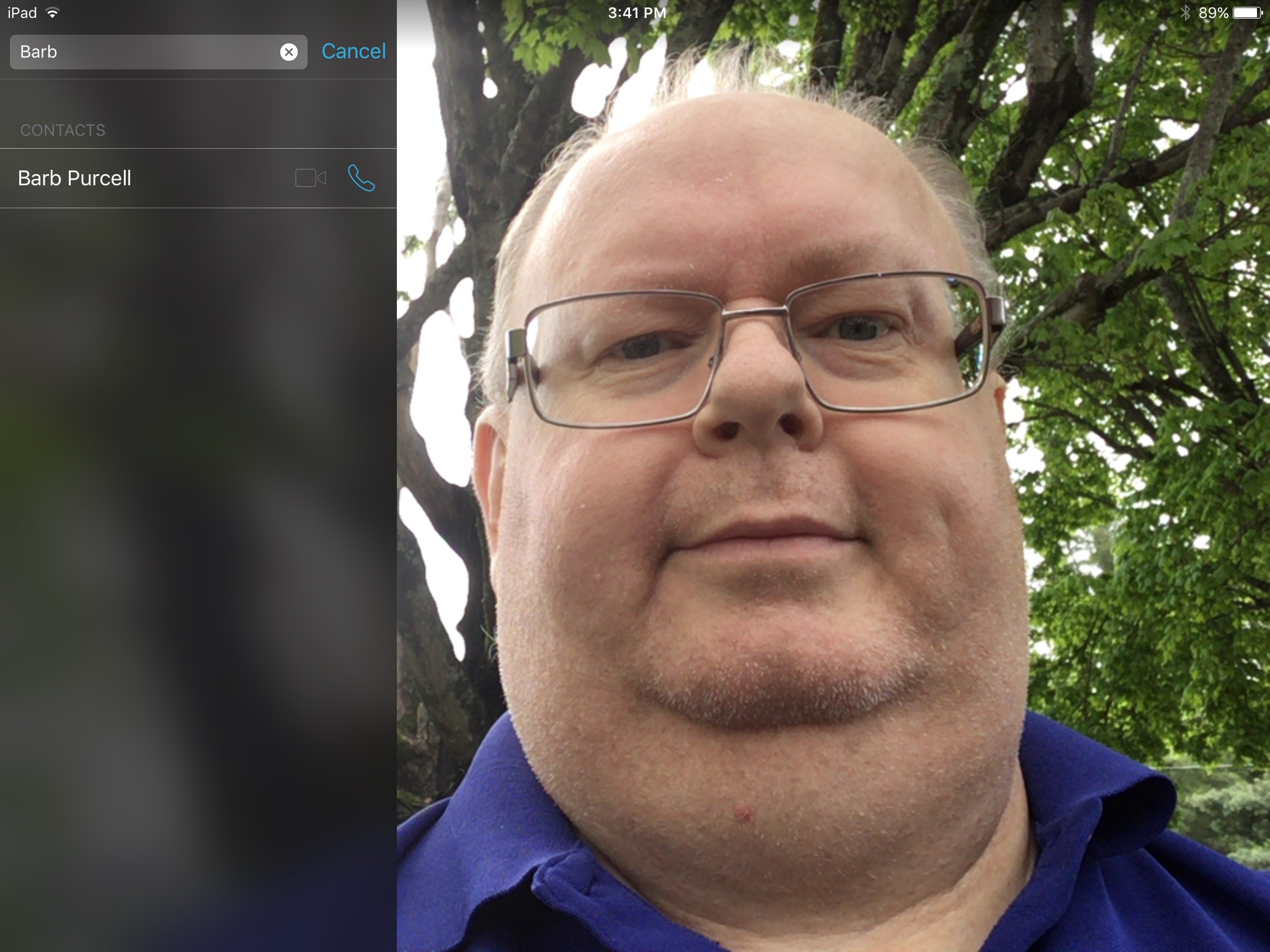 The FaceTime Camera on the new 2017 iPad takes decent shots and excels at FaceTime video chat.

On the front, there’s a 1.2MP FaceTime HD camera that’s capable of Life Photos, 720P video and burst mode as well. Strangely, the front facing camera has a better aperture of f/2.2 compared to f/2.4 for the back camera. Aperture gives the user better low-light photos and narrower depth of field which blurs out the background.

Live Photos are fun. I created the above animated GIF of a Live Photo using the iOS app LivePix ($1.99).

The camera doesn’t give users the Portrait mode we enjoy in the iPhone 7 camera. In spite of that, the camera app on the iPad works a lot like the iPhone camera app. You can switch from the front to back easily.

Notice that at full zoom it was hard to get a sharp picture of the squirrel in the parking lot.

Notice this shot is sharper than the other one using digital zoom.

On the left, you’ll see the digital zoom control. Digital zoom isn’t recommended since it blows up the size of the pixels instead of moving the lens like a traditional DSLR or Point-and-shoot photo camera zoom lens. You’ll get softer focus like the photo in the gallery above. The gallery above has two images, one with zoom and one using normal zoom without digital zoom. 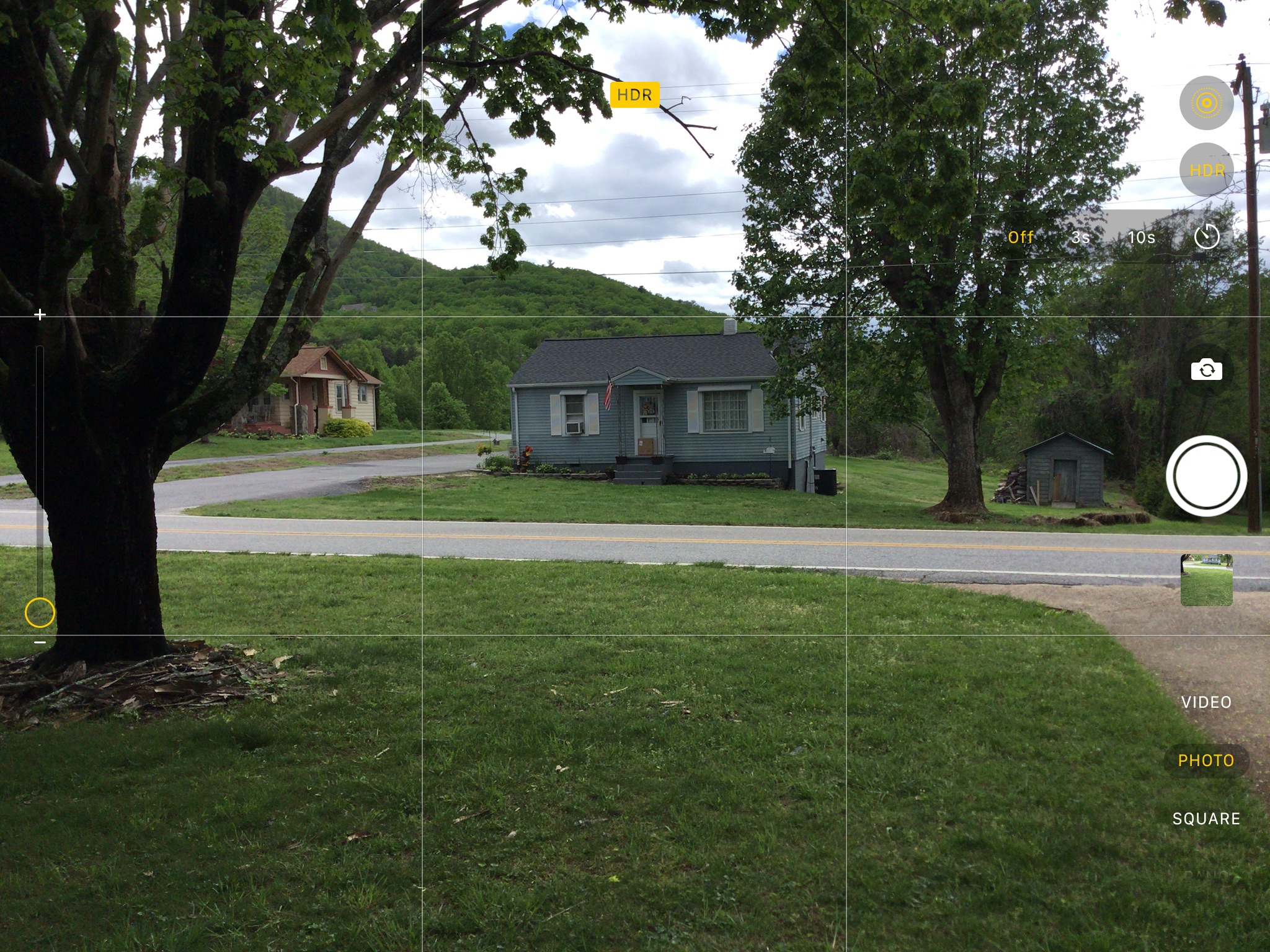 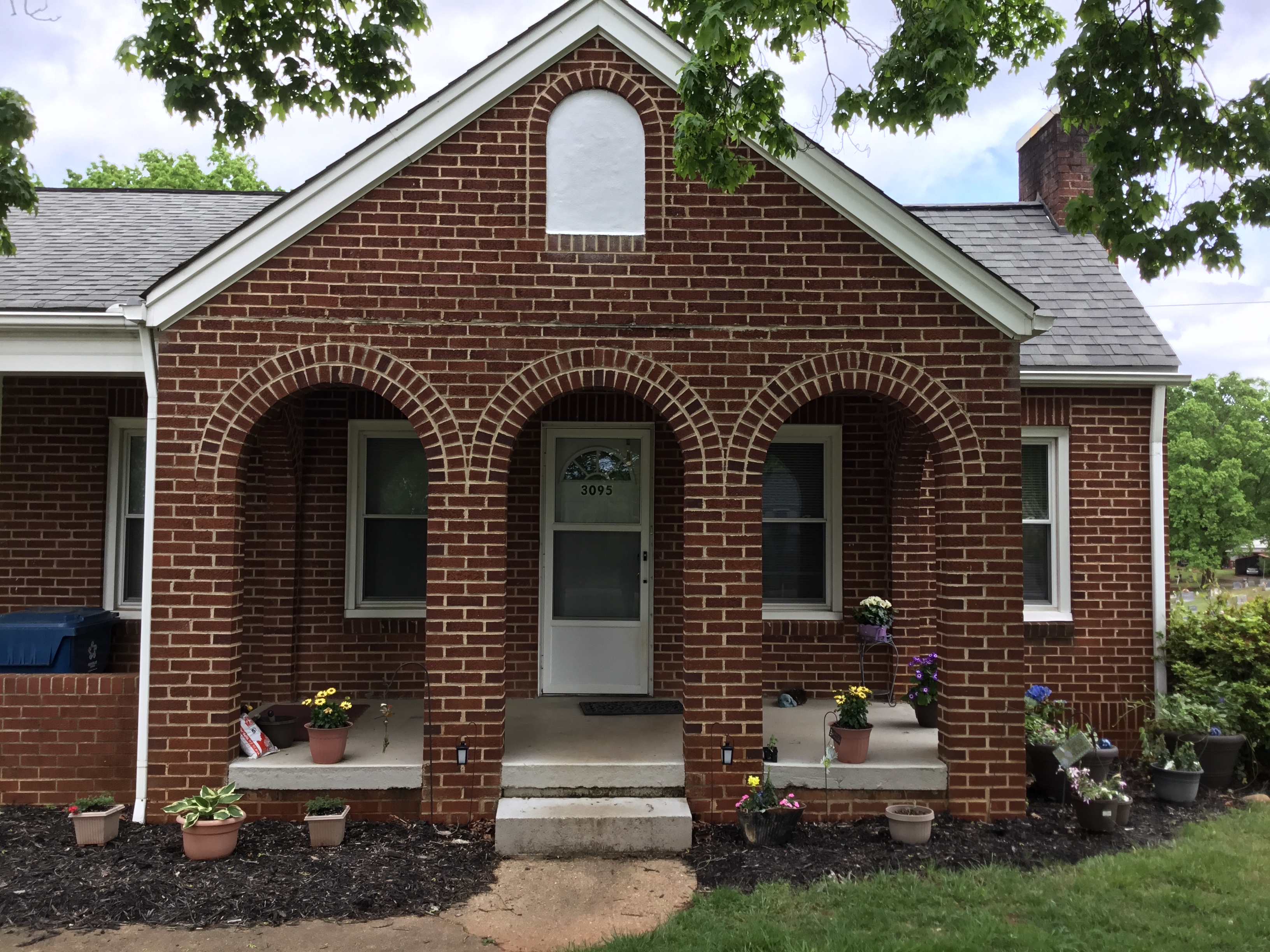 This HDR version of the photo shows color in the sky.

Below the shutter button, there’s another button that opens the Photo gallery. View your photos and edit them. Next, you get the camera mode options starting with Time-lapse, Slo-mo, Video, Photo, Square (takes a square photo instead of a wide or tall shot) and Pano (stitches together multiple shots to make a very wide-angle shot. 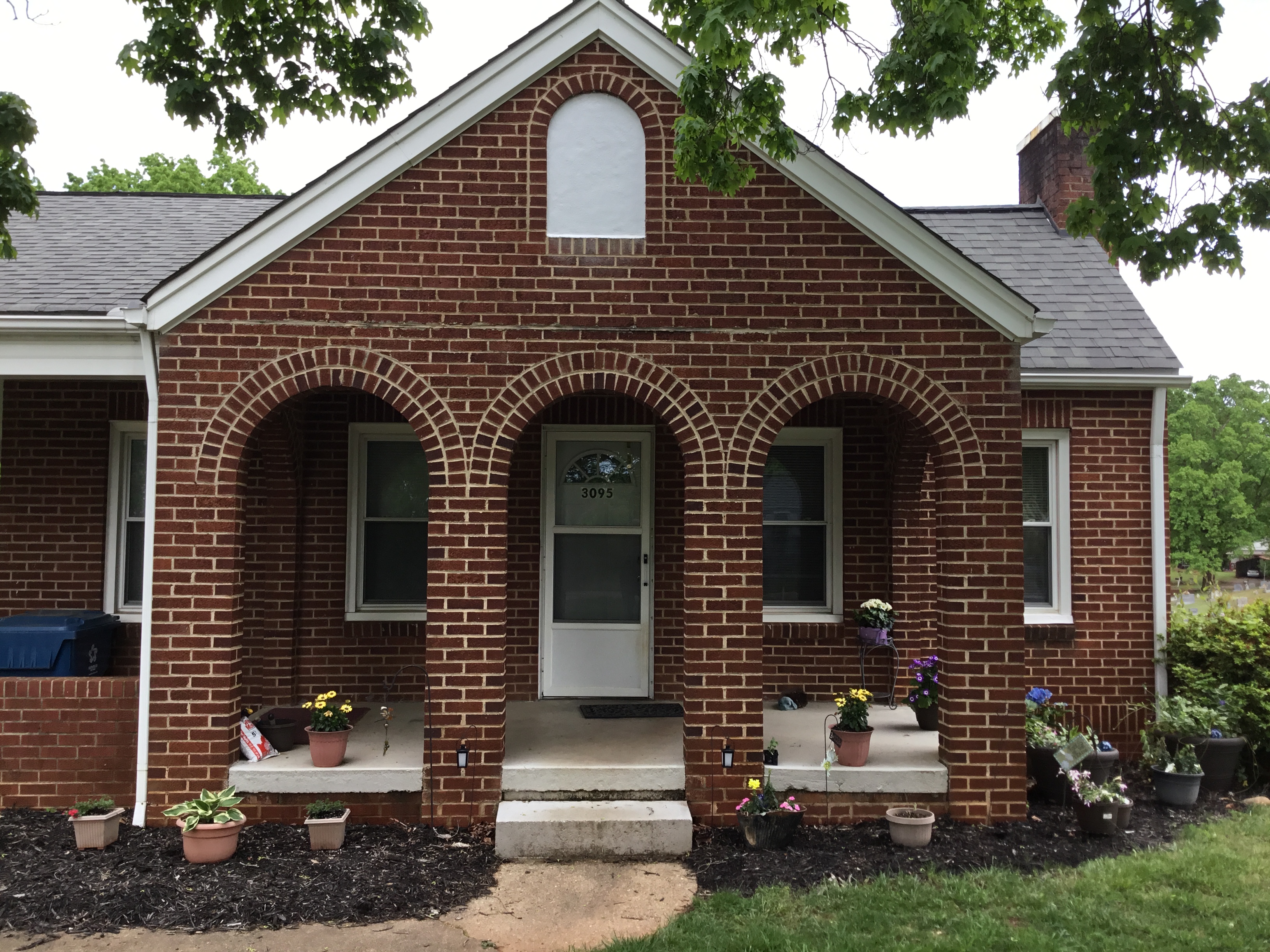 This normal shot without HDR shows how the sky gets blown out without the HDR setting turned on.

The HDR setting does a great job of adding color where it would normally show none. The two sample shots above of my house show one with plenty of color in the blue sky while the non-HDR shot shows just white because it’s blown out because the sky is too bright.

A sample panorama shot taken on the new 2017 iPad.

Notice how the above sample of the Pano shot didn’t get the exposure right on the last section of the scene at the right side of the shot. Below you’ll see what the Camera app looks like while taking a Pano shot. 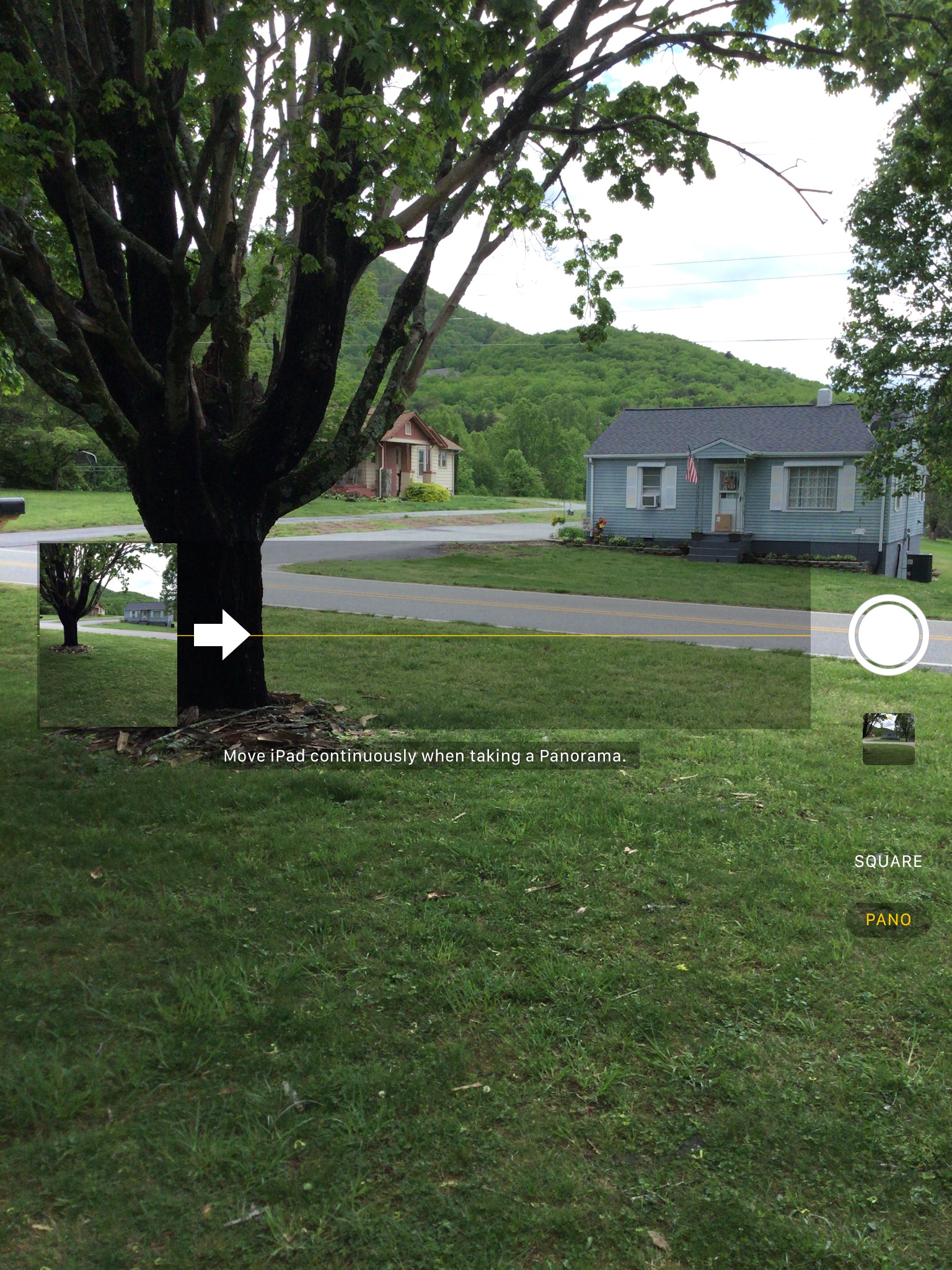 A screenshot of the Pano setting in the new 2017 iPad Camera app.

A few years ago people would die for a camera this good on their phone or tablet. Today, it’s clearly a step down from the great cameras we get on phones like the iPhone. The new Samsung Galaxy S8 and LG G6 come with incredible cameras, too.

The iPad camera is great for snap shots and scanning things like documents, photos, the white board in a class or meeting room and receipts. You can take nice photos in regular light. Find a few samples below.

Here’s a sample shot taken in the normal mode. Compare it to the Square shot of the same subject. 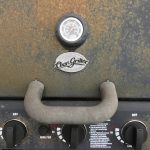 Here’s a sample Square shot. Compare that to the normal shot just like this. 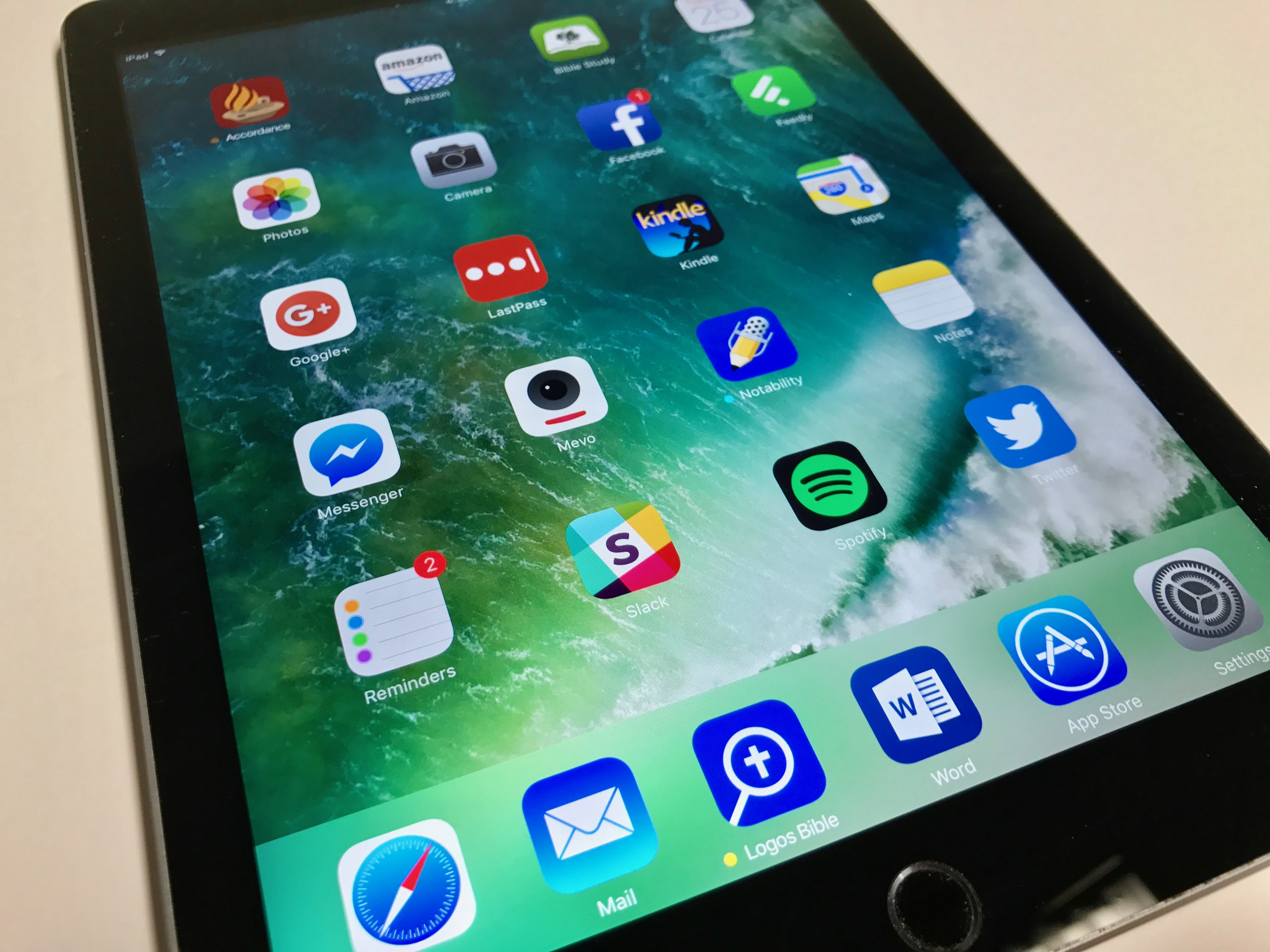 Apple put their beautiful 9.7-inch Retina display in the new iPad with a resolution of 2048 x 1536, or 264 pixels per inch. It’s a color accurate display that also looks great while reading text, editing photos and watching movies or TV shows. We get a bright display with good color.

Apple skimped on sound in the new 2017 iPad. The stereo speakers flank the Lightning connector along the bottom edge of the iPad. They’re muddled and weak. You can use them to listen to audio books, podcasts and other spoken word content. They’re fine for a quick YouTube or Facebook video, but you’ll want a pair of earbuds or the Apple AirPods if you plan to listen to music or watch movies and want great sound. 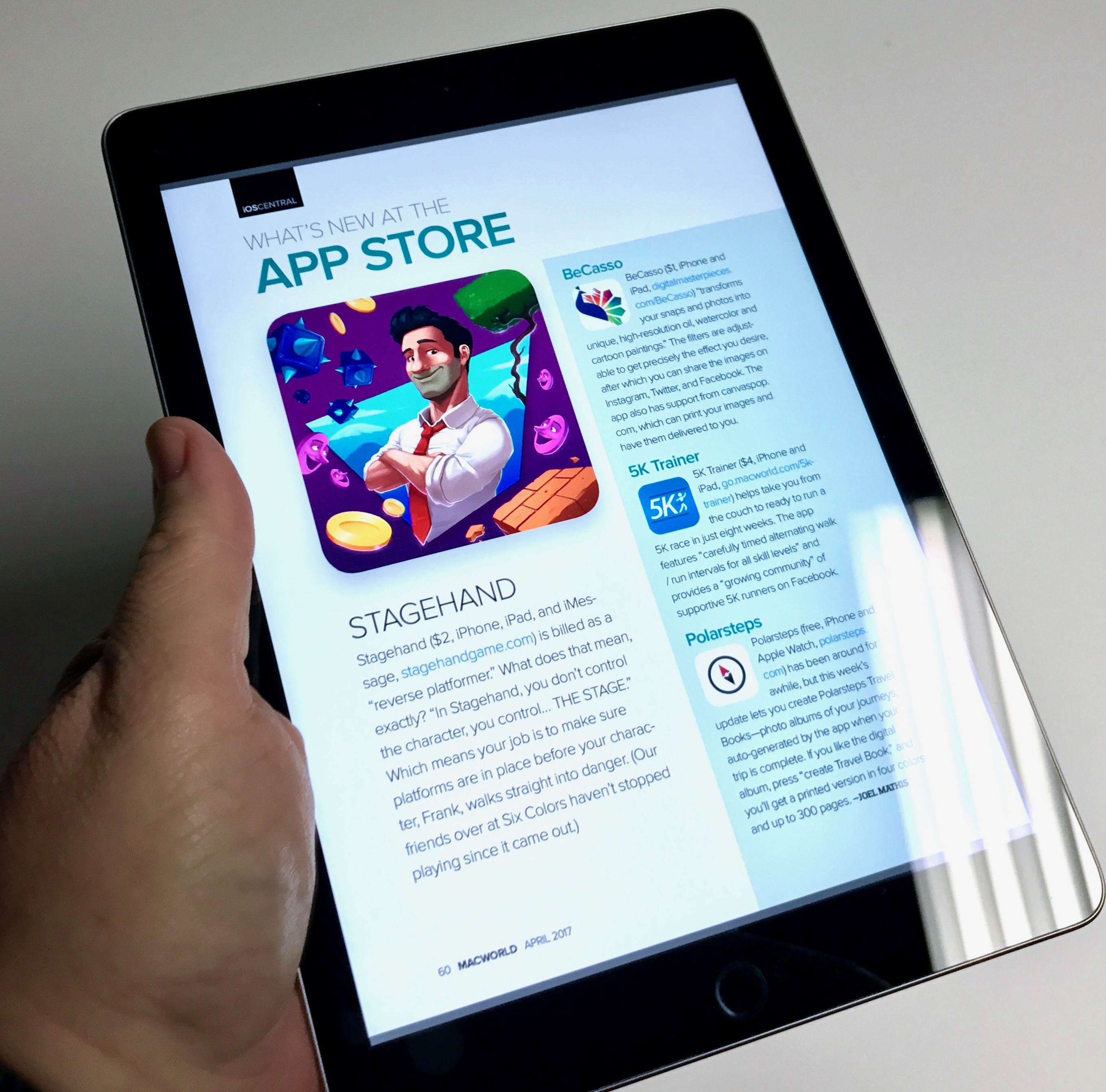 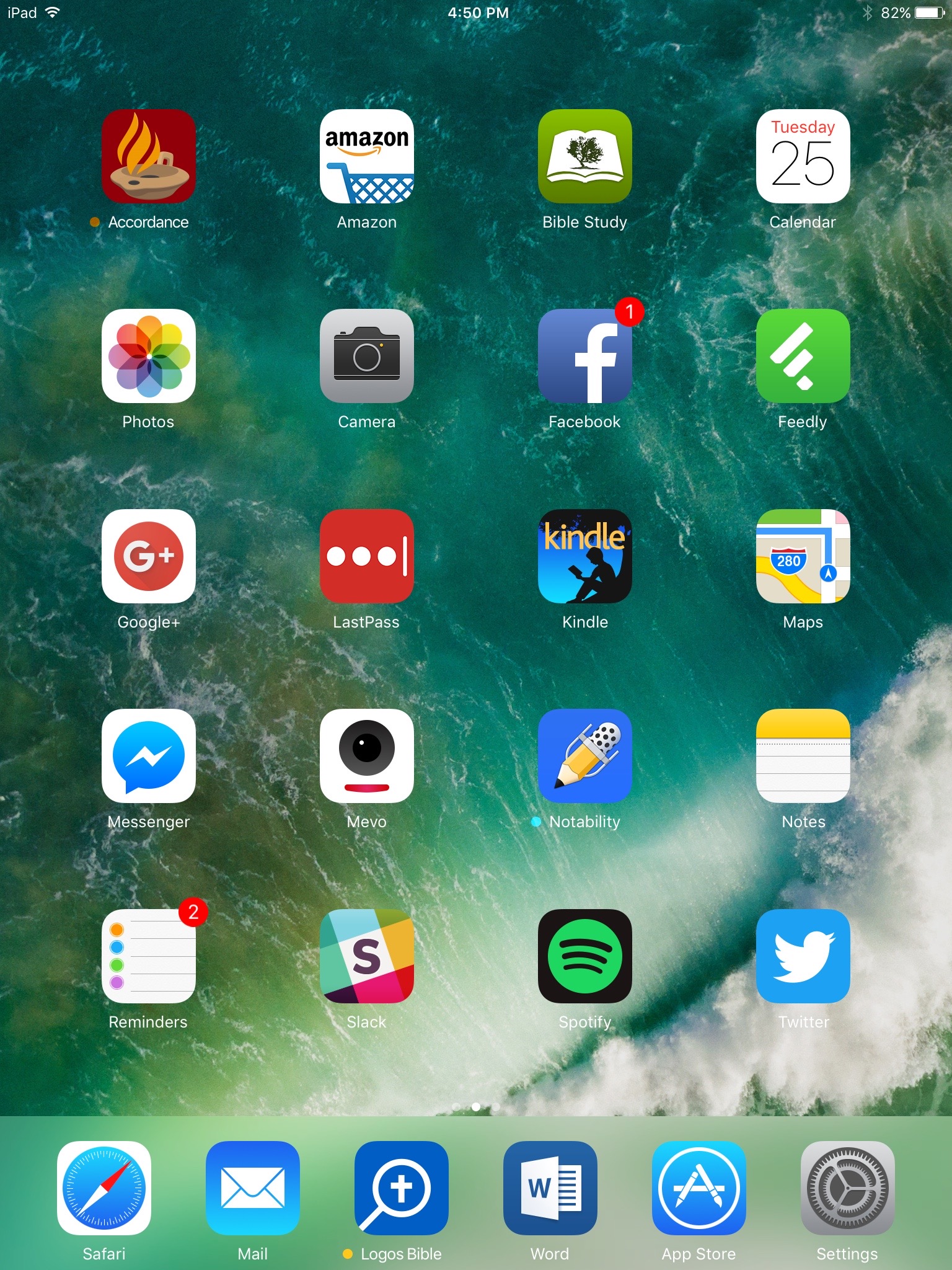 The latest version of iOS looks just like the earlier versions. In other words, the design of the operating system desperately needs an update. iOS 10 feels old and out of date. The grid of icons matches the smaller screen iPhone, which makes no sense. Why not narrow the distance between icon rows and columns so users can fit more icons on the screen instead of the 5 x 4 grid in landscape mode? Even the iPhone 7 Plus fits six icons across in landscape mode, but that’s because it has a wider aspect ratio.

Also, static icons are boring. Why not let users place live widgets on the home screen? The force touch available on the iPhone helps, but we don’t get that on the iPad. We still have to pull down from the top of the screen to show the notification area and use widgets in iOS. There’s also the Control Center, which the user drags up from the bottom to show. The only customization we get comes from adding app widgets to the notification area and some settings for when the user can use the Control Center. 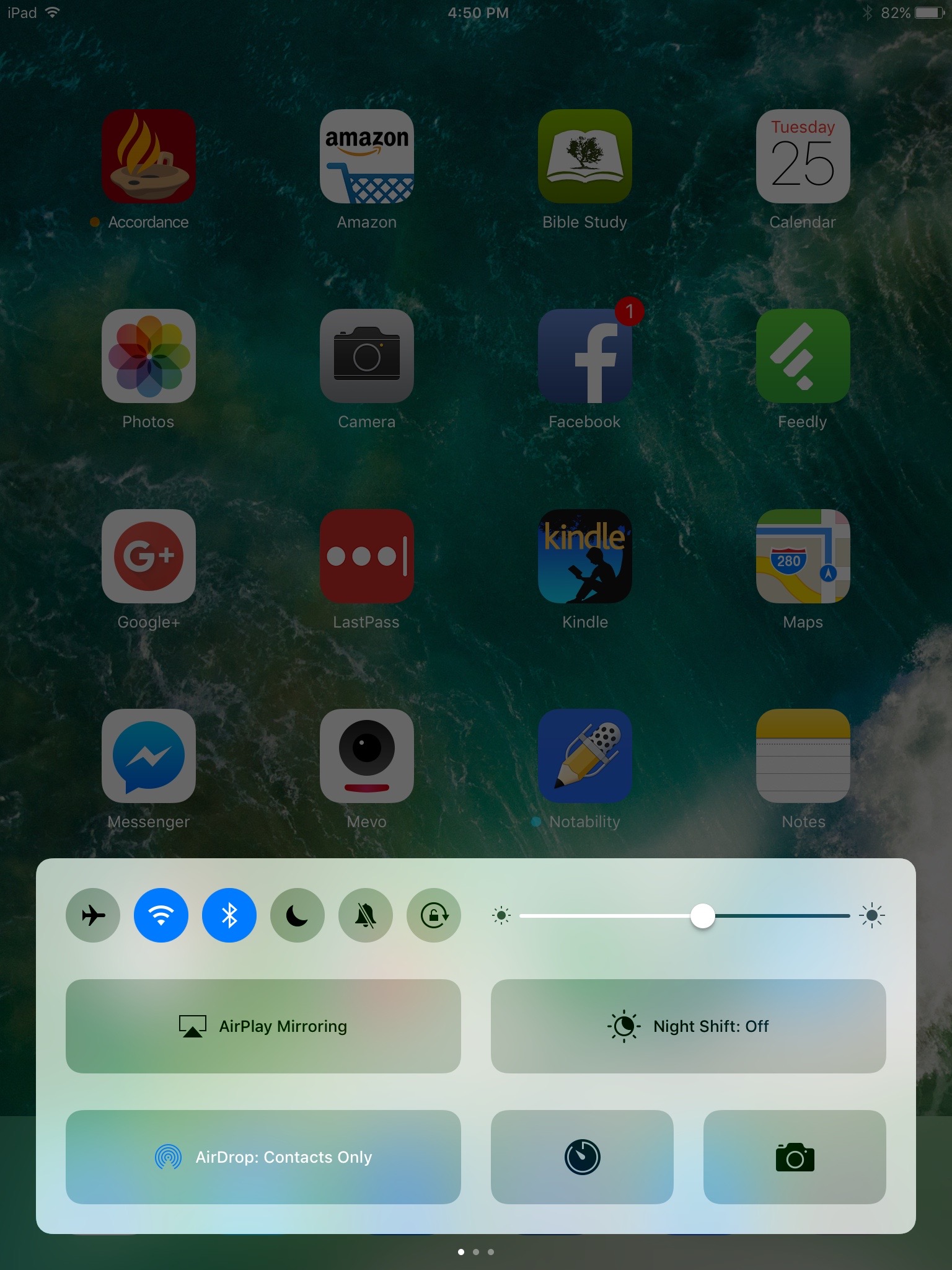 In case people think I’m only complaining because iOS doesn’t act more like Android, realize that I’m a iPad user since 1.0. I’ve owned many Android tablets, but none of them satisfied me like the iPad.

The new 2017 iPad didn’t get a big overhaul because it seems Apple set a brand new goal: to lower the price so that this iPad would appeal to schools. Google dominates the education market with their affordable and simple Chromebooks mostly due to price and simplicity. When you consider the price reduction, the new 2017 iPad makes for a great tablet for schools and others.

Even though the $329 2017 iPad comes with a couple of compromises, it’s still the best budget tablet in the 10-inch range. The iPad Pro wins the prize for high-end tablets, but none of the other comparably-priced tablets come close to it for the following reasons. First, it has the best hardware design and quality. It’s a beautiful tablet with a great screen, performance and nice battery life.

Second, iOS 10 is still a simple and easy to learn operating system. Sure, Apple needs to add some features that we enjoy on Android and even Windows Phone like active tiles or icons on the home screen and better customization. However, Apple kept iOS the same for all these years because it’s simple to use. People can pick up an iPad and become productive without a lot of education or training.

Finally, the screen look great. Samsung’s Galaxy Tab S3 delivers better color, but not better text display. It’s not worse than the iPad, but it’s not better. The iPad starts at a lower price than the S3, too.

If you’re looking for a new tablet, then you should give the iPad a lot of consideration. Don’t replace your iPad Air with one. If you have an iPad older than that, you will want to look into upgrading. It doesn’t work with the Apple Pencil or Smart Cover, both designed only for the iPad Pro. However, you can find a wealth of great accessories to use with the 2017 iPad thanks to iPad line’s popularity.