Directive Games revealed The Machines as part of a demonstration of Apple’s ARKit technology during Apple’s September 12th event. Short for Augmented Reality Kit, the software layer built into iOS 11 and coming to iPhones and iPads, allows developers to program their games with sensors in mind. Games can use the device’s camera to let players see characters and worlds overlaid on real world objects, for example. 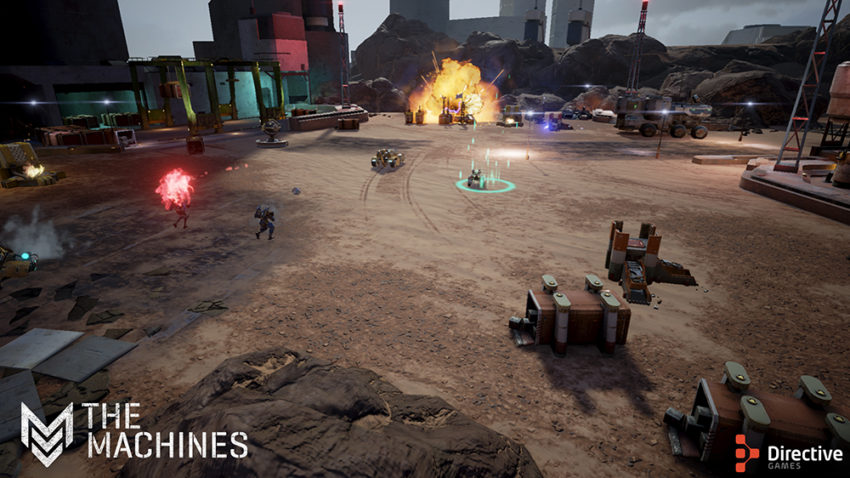 The Machines is an ARKit game built for iOS 11.

The Machines takes augmented reality a step further than we’ve seen from other games. Demonstrators overlaid the game’s battlefield on an empty table and the game added the environment on screen. As the player moved forward, the game world on the screen moved closer. When the player changed moved the phone around the table, they saw rock formations and the game’s battleground from a direction they hadn’t before. Navigating a battle looked effortless and natural.

The Machines is a real-time strategy game. Players position their units and defend their bases from an onslaught of rival enemies. Being able to see around rock formations and get a different perspective of what’s happening on the battlefield is what makes the game so amazing.

For comparison, Pokémon GO uses a phone’s GPS signal to track the player’s location and its camera to let them pretend as if they’re catching a Pokémon right in front of them. Aside from those things, the game does very little with a smartphone’s sensors. The Machines is far more realistic than Niantic’s game, and Pokémon GO kick-started AR gaming when it debuted in 2016.

Directive Games confirmed The Machines will launch in the iTunes App Store sometime in September during Apple’s event. If that happens, it will be among the first ARKit games in the App Store when iOS 11 launches on September 19th. The company didn’t reveal how much the game will cost iPhone users, but did note that The Machines will not come to Android devices.