Lenovo revealed a slew of new ThinkPad Laptops today. Their reveal comes just ahead of the Consumer Electronics Show. Each of these new business laptops launches this January with up to 40 percent more power thanks to their new processors. They all use a USB Type-C port for charging too, so, in theory, users can travel with fewer cables. A new ThinkPad Ultra Docking Station that also launches this January makes using each of these laptops with an external monitor and accessories very convenient.

The crown jewel of the 2018 ThinkPad line is the new ThinkPad X280. Thanks to the latest processors and internals, it’s more powerful than ever while still offering a solid day’s battery life. 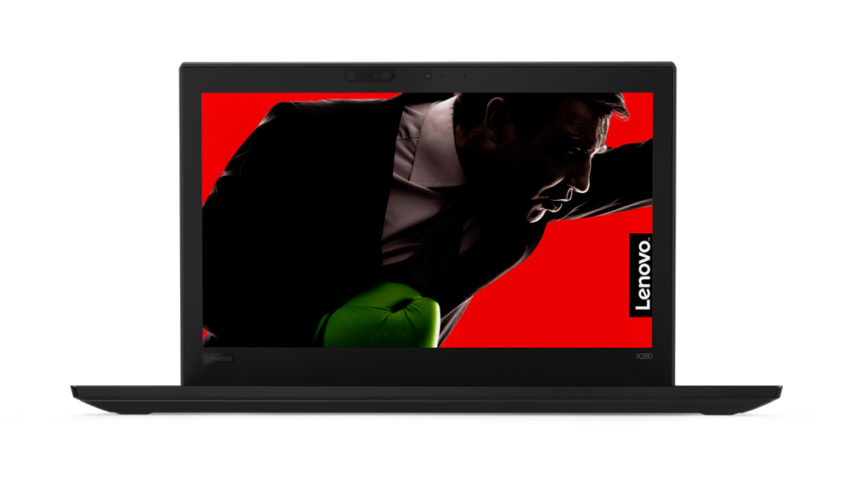 ThinkPad X280 supports up to an 8th generation Intel Core i7 processor, 16GB of RAM and a 1TB SSD. Buyers can interact with Windows 10 Pro using the device’s trackpad or a 12.5-inch FHD 1080p touchscreen display. The machine weighs just 2.56 pounds, but still passes the military durability checks that Lenovo puts all ThinkPad notebooks through.

It’s the extras that are important in this refresh. ThinkPad X280 lasts 13 hours on a single charge, but RapidCharge technology gets users back to 80% battery capacity in 60 minutes. There is a single HDMI port for connecting to external displays and a headset jack for connecting to speakers. The laptop has a camera that lets users sign into their account without a password. Anyone that prefers its built-in fingerprint reader can block this camera’s sight with a new mechanical door that Lenovo calls the ThinkShutter.

Read: Windows Hello: How to Log Into Windows with Your Face

Lenovo added a touchscreen to the X280, but for a more tablet-like experience, the new ThinkPad X380 Yoga is a better buy. It will cost as little as $1,459 later this month. 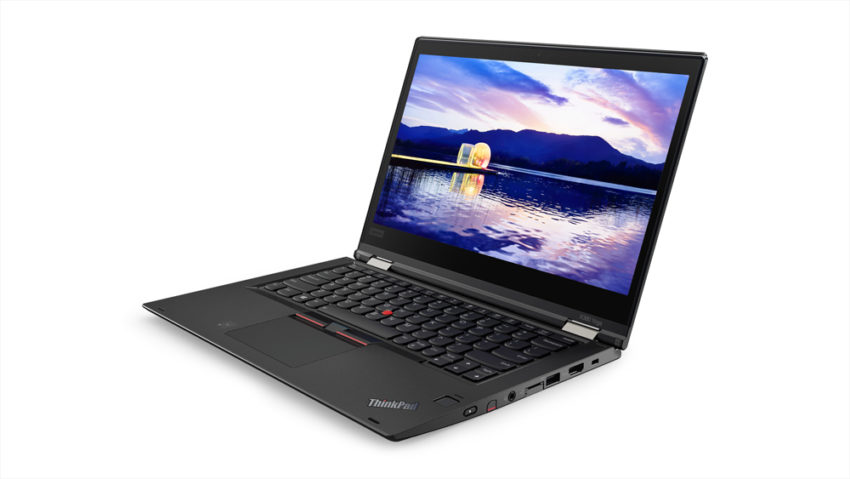 If you buy the ThinkPad X380 Yoga you don’t sacrifice performance. It supports up to an 8th generation Intel Core i7 vPro processor, 16GB of RAM and a 1TB SSD. It also has the same integrated RapidCharge technology that the X280 has, but lasts 13.6-hours on a single charge, according to Lenovo. That’s impressive when you consider its 13.3-inch FHD display is bigger than the X280’s display.

That larger display and the special hinge that lets buyers fold the display back are why it’s a better tablet replacement. Support for Lenovo’s Active Pen stylus also helps, though the laptop weighs 3.08 pounds because of these hardware upgrades.

The ThinkPad X380 Yoga has two USB 3.0 ports, a Thunderbolt 3 port for speedy file transfers, an HDMI port, a headphone jack and a media card reader. Buyers can sign into this laptop with a fingerprint reader and block the Windows Hello camera.

There are three new ThinkPad T models coming in January. Each has more horsepower than the ultraportable ThinkPad X models thanks to dedicated NVIDIA GeForce graphics and more RAM. They keep the Windows Hello camera and the mechanical shutter that the ultraportable models have, but don’t have the new RapidCharge technology. 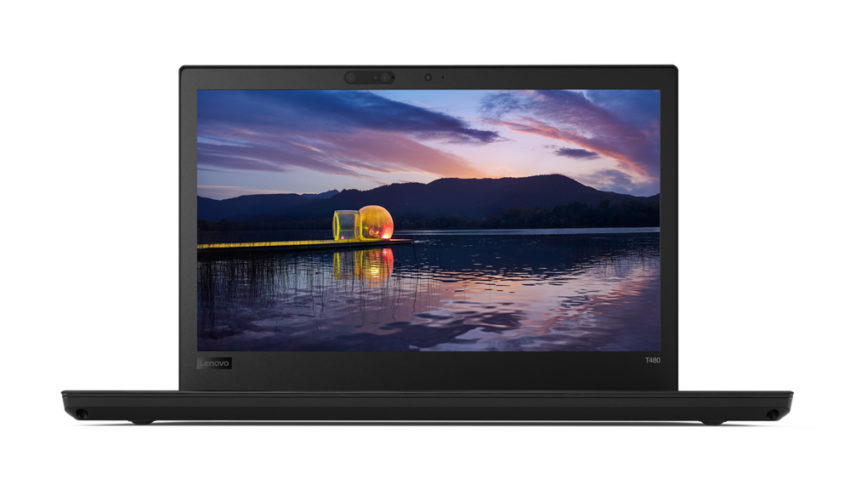 The ThinkPad T480 doesn’t have RapidCharge because it boasts Lenovo’s PowerBridge technology. With PowerBridge, users can swap batteries without shutting down. Together, an internal and removable battery let the ThinkPad T480 last up to 14.5-hours.

The ThinkPad T480’s 3.49-pound body packs a lot of technology. It has three 14-inch display options, with the best being the IPS display with touch. It can handle up to an 8th generation Intel Core i7 processor and 32GB of RAM. Up to a 1TB solid-state drive backs up a 1TB mechanical hard drive for extra storage. This laptop has a Thunderbolt 3 port, USB Type-C port, 2 USB, 3.0 ports, a media card reader, an Ethernet port and LTE connectivity so that you can browse the internet or check in at the office from anywhere your smartphone has reception. An NVIDIA GeForce MX150 graphics card with 2GB of dedicated RAM boosts performance further.

Lenovo’s ThinkPad T480s is a slightly updated version of the ThinkPad T480. This ThinkPad is perfect for someone who really needs as much performance as they can stuff into their laptop bag. It has up to a 1TB SSD for storage, 24GB of RAM and a 14-inch IPS touch display for $1,269.99. This model supports integrated PTE-A wireless broadband instead of LTE-A. This ThinkPad starts at $1,269.

Finally, there’s the rather large ThinkPad T580 to choose from. Its larger size allows for a 15-inch 4K display and 27-hours of total battery life. It’s pretty heavy because of that, weighing 4.3 pounds. Buyers can add up to a 2TB hard drive, 1 TB SSD, 32GB of RAM and an 8th generation Intel Core i7 processor. It will cost as little as $1079 when it goes on sale. A ThinkShutter adds privacy when users aren’t on a conference call. 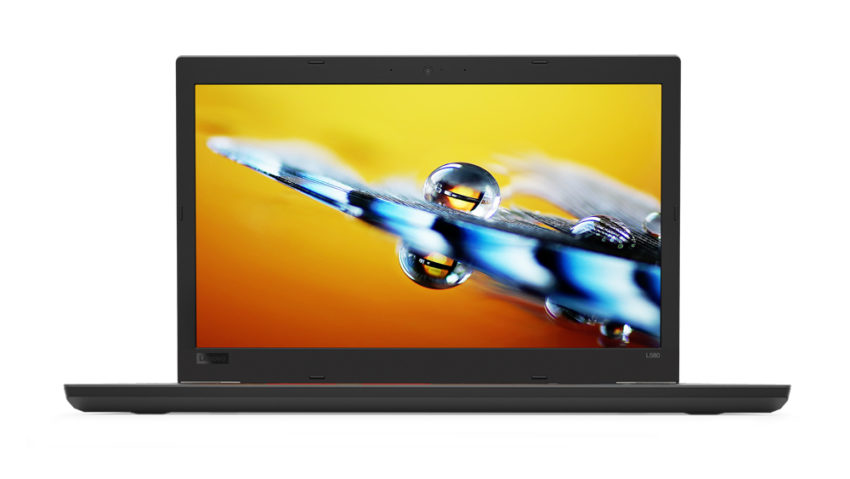 Finally, for those that want the latest Intel processors, but don’t have a large budget, there are the new ThinkPad L notebooks that Lenovo revealed ahead of CES 2018. These models have the RapidCharge technology and Windows Hello cameras that other new ThinkPad notebooks offer.

Starting at $609, the ThinkPad L380 offers the new Intel Core i7 processor, up to 32GB of RAM and up to a 512GB SSD. This model has a USB Type-C docking port, an HDMI port, 2 USB Type-C ports, 2 USB 3.0 ports and optional NFC. Its 13.3-inch FHD display has an anti-glare coating to keep reflection to a minimum as office workers toil away on it. The ThinkPad L380 Yoga, an upgraded version of the base model, replaces this display with a touchscreen and a special hinge for $1049. It also has an extra USB Type-C port. 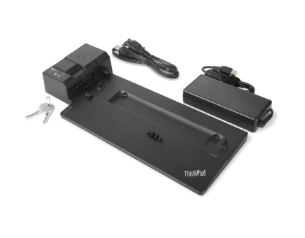