In early June Apple released an iOS 11 beta for developers. The pre-release version of iOS 11 is exciting but it’s also extremely buggy.

Apple’s promised a public iOS 11 beta before the end of June and we expect the public beta to be a little more stable than the current version.

The company hasn’t confirmed a specific release date but June 26th and June 27th are two dates to circle on the calendar. Apple typically releases new iOS software on Monday mornings though we could see the company match the same 22 day gap it put between iOS 10 beta builds last year.

Thanks to Apple’s Beta Software Program, anyone can try iOS software early, for free. Given what’s on board the iOS 11 beta, we expect the public iOS 11 beta to draw a bunch of first-time beta testers.

If you’re thinking about trying iOS 11 early, you should start preparing right now. This is particularly important if the iOS 11 beta will be your first trip into the world of early iOS software.

Before the public iOS 11 beta arrives you’ll want to get familiar with Apple’s rules and regulations. 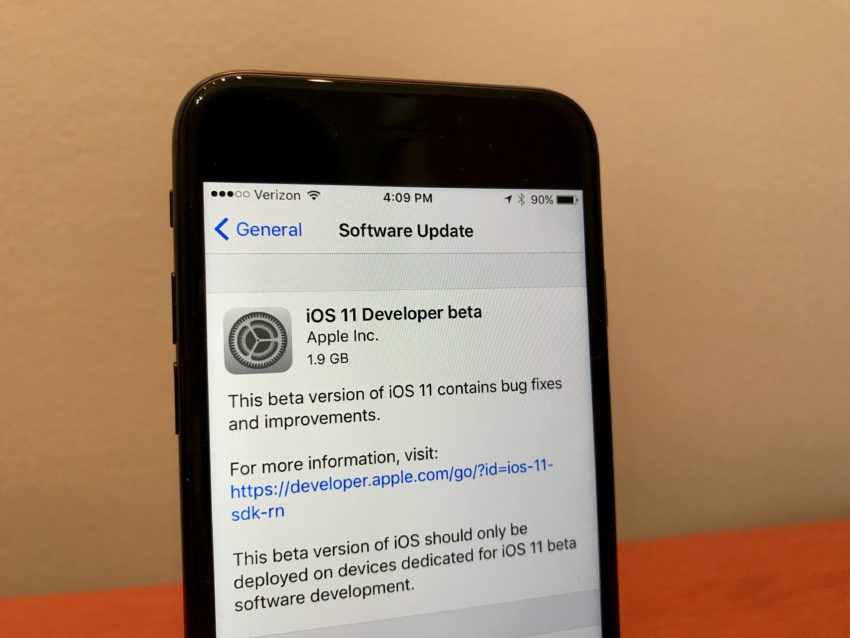 Your iOS 11 download screen will show the public iOS 11 beta instead of the developer.

If you decide you’d rather register for the developer version of the iOS 11 beta, you’ll want to take a look at Apple’s beta website for developers.

How to Signup for the iOS 11 Beta

If you’re determined to try the iOS 11 update ahead of its release date you should get the signup process out-of-the-way.

If you want to go the developer route, you can pay your $99 entry fee right now and get started.

If you don’t want to pay for access to iOS 11, you can use a valid Apple ID and signup via Apple’s Beta Software Program right now.

Getting the signup out of the way will ensure that you’re ready to go once Apple releases the iOS 11 beta to the general public for testing.

If you don’t know where to start, take a look at our guide.

If this is your first rodeo you’ll want to get familiar with the installation process before the public iOS 11 beta arrives for your device.

We’ve put together a walkthrough that will take you step-by-step through the iOS beta download and installation process. If you feel uncomfortable with the process, it might be a good idea to hold off.

Testing iOS software months ahead of release might sound like a dream but it can quickly turn into a nightmare.

The main purpose of the iOS 11 beta will be to stress test unfinished software for bugs ahead of its public release date. And if you can’t handle dealing with major problems (battery drain, apps not working, etc), you’ll want to avoid the iOS 11 beta.

The first versions of the iOS 11 beta is extremely buggy. Testers are running into all sorts of issues. While we expect the beta 2 and the public beta to be a little more stable, problems will emerge.

To prepare, take a look at our list of fixes for common iOS 11 beta problems. There, we outline potential fixes for battery drain, app issues, installation problems, AirPod problems, and more.

We’ve also put together a guide to iOS 11 beta problems that will take you through the issues and provide you with some useful resources should you decide to go ahead with the beta.

Get Familiar with the Downgrade Process

If you get tired of testing iOS 11 beta you can always downgrade to the most up-to-date version of iOS 10.

Our downgrade guide will walk you through the most important things you need to know ahead of the iOS 11 beta release.

If you don’t feel comfortable with these steps, you might want to avoid the iOS 11 beta.

Find Another Device If You Need To

If you only own one iOS device, and you really want to test iOS 11, we recommend finding another “test device” before Apple releases the public beta. 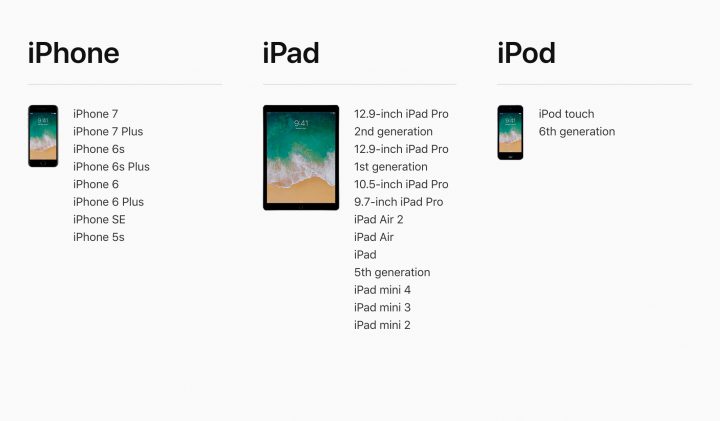 In its FAQ for the public Beta Software Program, Apple makes two recommendations:

Installing early software like iOS 11 beta on your primary device has the potential to drive you mad and it could also interfere with your job or schoolwork.

If you really want to test iOS 11 you’ll want to dig up, borrow, or buy an old iOS device. That way, if you run into a performance problem or an issue with one of your apps or services, your productivity won’t take a hit.

Start Backing Up Your Data

If you don’t regularly back up the data stored on your iPhone, iPad or iPod touch, now would be a good time to start.

Installing a piece of beta software on your device can be unpredictable so you’ll want to make sure all of your important data s safe up before you make the move.

Backing up your device’s data is extremely important and you’ll want to do it on a regular basis throughout the year.

We expect the public iOS 11 beta to be a pretty sizable update. It’ll probably be 1GB though it could be much larger if Apple includes new features and fixes in the second beta.

If you’re running out of space on your device’s hard drive, and you plan to test iOS 11, now would be a good time to do some spring cleaning.

Head into your Settings > General > Storage & iCloud Usage and start deleting apps and other files you no longer need or use. If you need additional assistance, take a look at our guide to freeing up space on an iPhone or iPad.

Freeing up a few GB of space will ensure that your device is ready for the iOS 11 beta download.

You should also get familiar with the limitations that often come with early iOS software. Here are a few items to keep in mind as we push toward the release.

If you have to downgrade from iOS 11 beta you won’t be able to downgrade to older versions of iOS. Apple isn’t signing off on old iOS 10 updates, iOS 9 or iOS 8. Once you download the beta, you’re stuck with newer versions iOS 10. 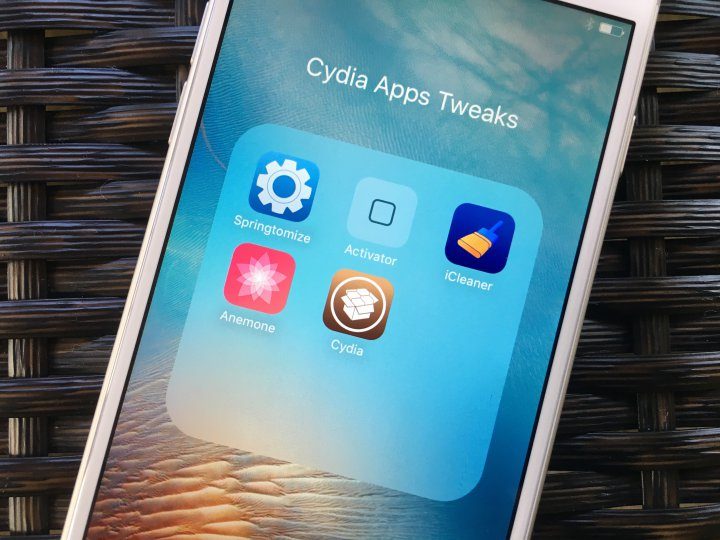 If you want to test watchOS 4 beta for Apple Watch, you’ll need to download the iOS 11 beta to a device. Remember, you can’t downgrade the Apple Watch from watchOS 4 beta so you’ll want to be absolutely sure about it before you dive in.