DICE continues to update Battlefield 1 as we push toward the Battlefield 2018 launch and the latest update, known as the Weapons Crate update, comes with bug fixes, new weapons, and some changes to the Scout class.

Monthly Battlefield 1 updates will soon come to an end, but DICE is treating Xbox One, PlayStation 4, and Windows PC owners to new content and new updates as we get closer to the Battlefield 2018 reveal at EA Play 2018 in early June.

The developer is rolling out a brand new update today after some multiplayer server downtime this morning. The May 2018 update is full of changes and, per usual, it’s a mandatory update for all Battlefield 1 players. If you want to play Battlefield 1 today you’ll have to download this update.

While the update isn’t as big as some of DICE’s previous releases, it’ll require a substantial chunk of hard drive space on your console or PC.

In this guide we’ll take you through the update’s size, the changes on board, and what you can expect from DICE and Battlefield 1 in the weeks ahead.

The next time you fire up Battlefield 1 you’ll be faced with a sizable download.

If you’re running out of space on your console’s hard drive you might need to dig into your storage and delete files in order to free up space for the update.

The May 2018 update took about five minutes to download on the Xbox One.

Like all Battlefield 1 updates, this release comes with bug fixes for lingering problems plaguing the game on all three platforms. DICE’s also made some tweaks to the HUD, undergrowth, and vehicles. 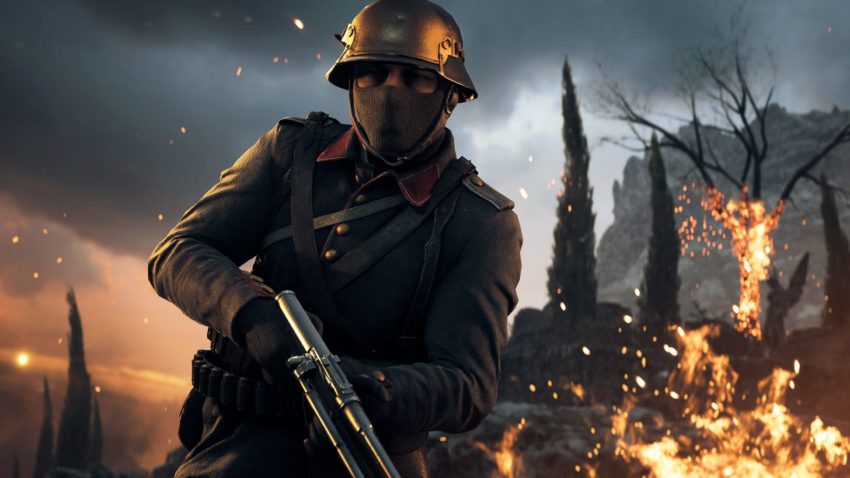 Bug fixes and tweaks on board the Weapons Crate update include:

The update also delivers some additional tweaks to the game’s progression including 10 more ranks you can earn while you play. Here are those changes in full:

The update also focuses on the game’s Scout class with some notable changes to sniper rifles and the “sweet spot” that causes 100% damage to enemies. According to DICE, this patch game now communicates when a Scout soldier is in the sweet spot for both the shooter and  opponents.

Here’s how that works:

The depth of field changes for scopes are set to off by default which means you’ll need to go into your options to turn them on. To do this, head into the game’s Video Options and select “Sniper Scope DOF” and toggle it to on.

Battlefield 1 development is starting to slow down but DICE’s promised a substantial patch in June.

The new Shock Operations mode support 40 players and sees attackers and defenders battling over sectors across one map instead of multiple maps. This makes it an ideal choice for those that don’t have time to commit to a full Operation.

Shock Operations will be available on five of the game’s maps including Giant’s Shadow, Prise de Tahure, Lupkow Pass, Zeebrugge, and River Somme.

Most of these maps come from the game’s DLC expansions, but DICE says base game owners will be able to access them while playing Shock Operations.