It’s finally official. Android 10 is here and it replaced the Android Q beta Google spent six months testing. In this guide we’ll go over everything we know about Android 10, what’s new, and what changed so owners know exactly what to expect. Plus, we’ll detail a few new features that are still missing.

With a renewed focus on privacy, security, and screen-time awareness, Android 10 is faster, better and smarter than ever before. There are plenty of new features, too, which you’ll really enjoy. 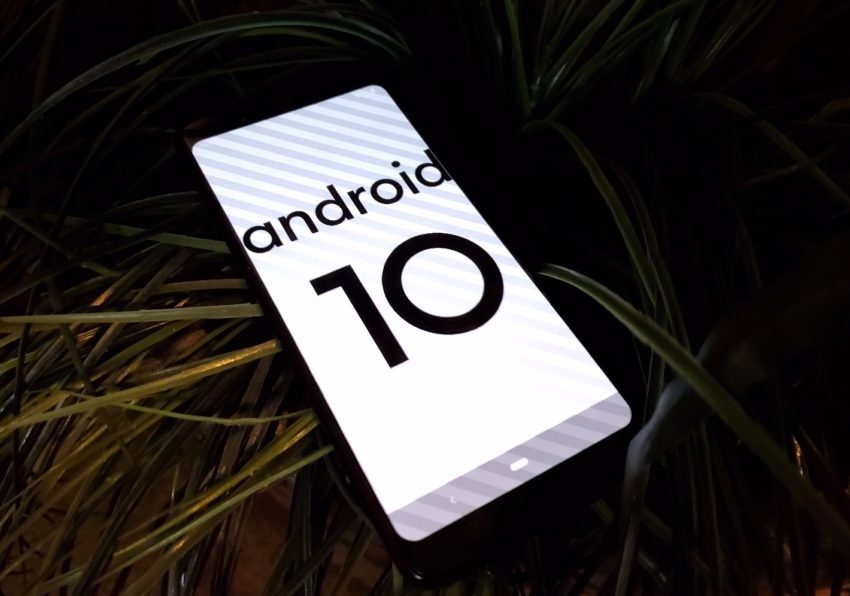 Google finally released Android 10 on September 3rd, which is a little later than some previous releases. It came after a long 6-month beta period where the company released six versions of Android Q for testing, and so manufacturers and developers could prepare for it.

And they have, too, because Essential already released Android 10 for the Essential PH-1, and we’re already seeing official Android 10 beta tests from OnePlus and even Samsung.

Read: When Will My Phone Get Android 10?

For those that don’t know, Android P debuted in March of 2018 and was later released as Android 9 Pie in August. And a similar beta program kicked off in 2016 and 2017 for Android 7.0 Nougat and Android 8.0 Oreo.

For the first time ever, this version will simply be known as Android 10. Google decided to ditch the dessert theme for the name, which they’ve done since the original Android 1.5 Cupcake release several years ago. This is for several reasons, including the fact that the name of a dessert in the US, like Pie, isn’t a dessert in other areas of the world, or a food item at all.

Internally, each new Android release will still have a fun name by the developers, and likely get integrated into hidden software easter eggs, but the naming will follow a traditional number path moving forward.

If you’re a developer you’ll want to go to the Android 10 Developer page. Google also released an overview page showing all the nitty-gritty details. Then, don’t forget to submit feedback to help improve the software moving forward.

So here’s the thing. While Google shared more information during the first and second betas, more at Google I/O during the third beta, and wrapped everything up in August, a few things are still missing. That said, this is still a big release in terms of behind the scenes tweaks that sets the stage for Android as a whole moving forward. Not just for Pixel smartphones. 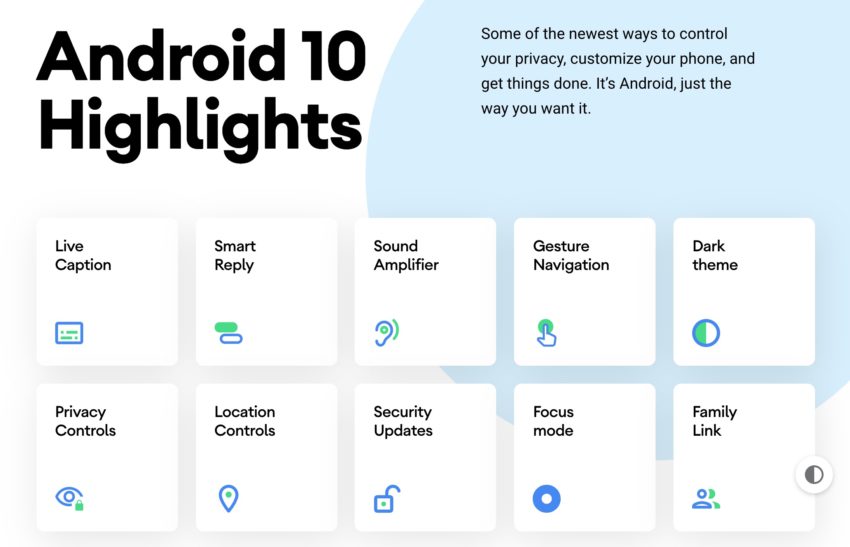 There are some obvious changes like improved security and privacy controls, support for folding phones, Dark Theme, and a few other things, so here’s a more detailed list. 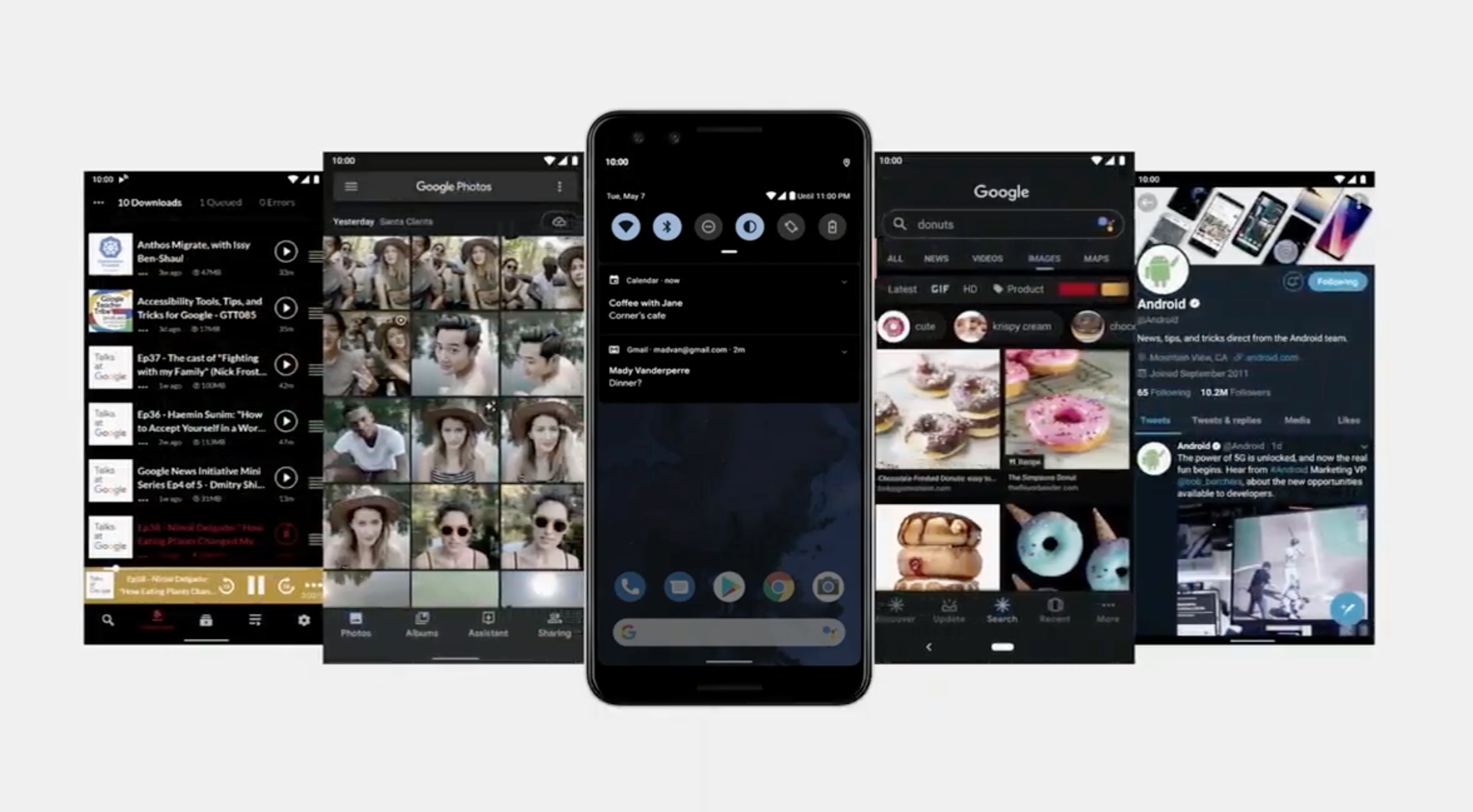 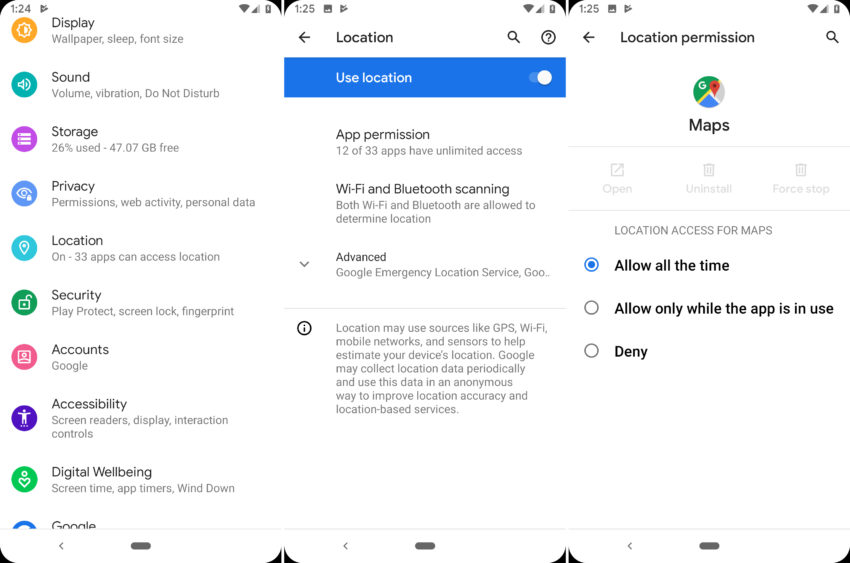 As you can see, in Android 10 users can see exactly what devices have access to their location. Furthermore, you can control WiFi and Bluetooth location scanning, grant or revoke permission to each app one at a time, or even only grant access to your location while the app is in use. It’s no longer a system where you grant access once and you’re done. You have more control than ever before. 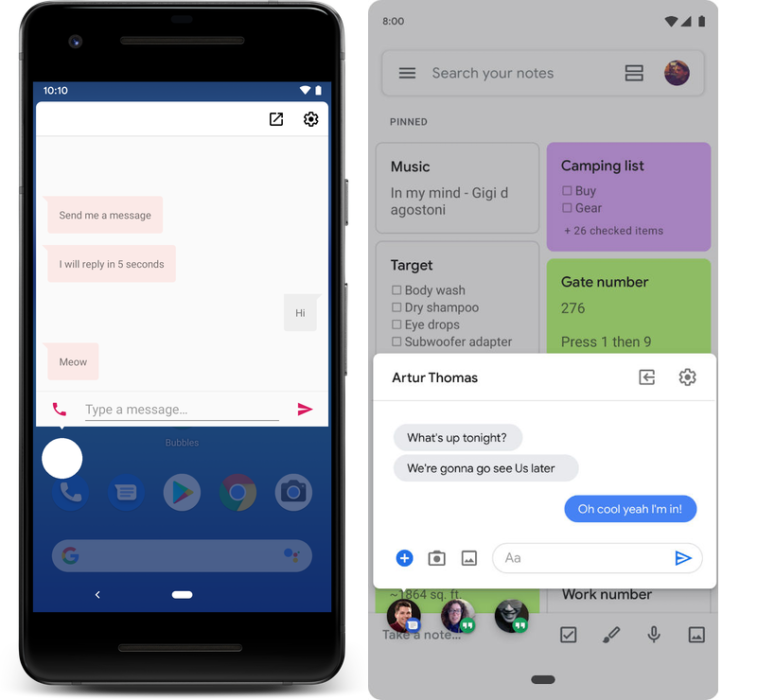 It’s no secret that “big tech” like Google, Facebook and Apple have been under a ton of scrutiny lately for how much information it collects about its users. Then, in turn, how that information gets used for ads and such. A big part of that focuses on location data, device tracking, or user tracking. As a result, Android 10 has some strict privacy and location controls unlike any version of Android we’ve ever seen. 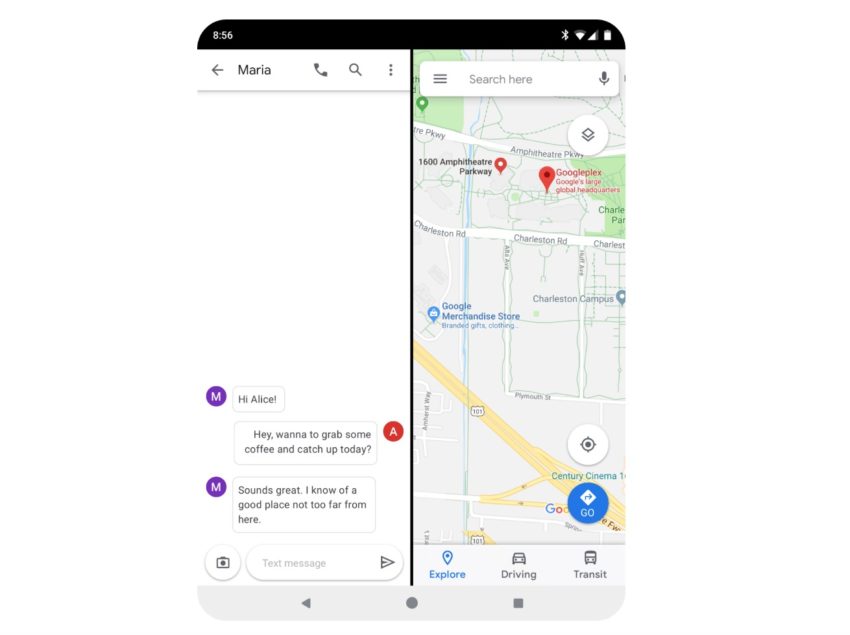 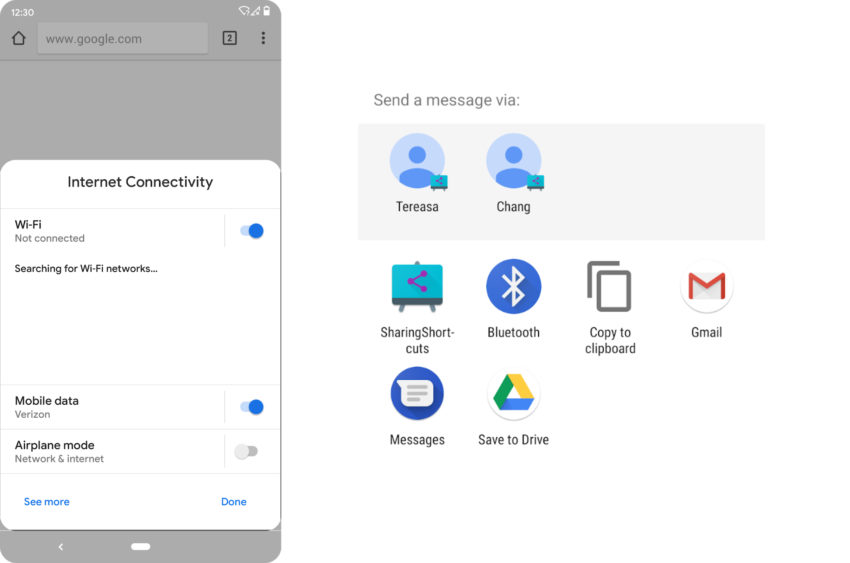 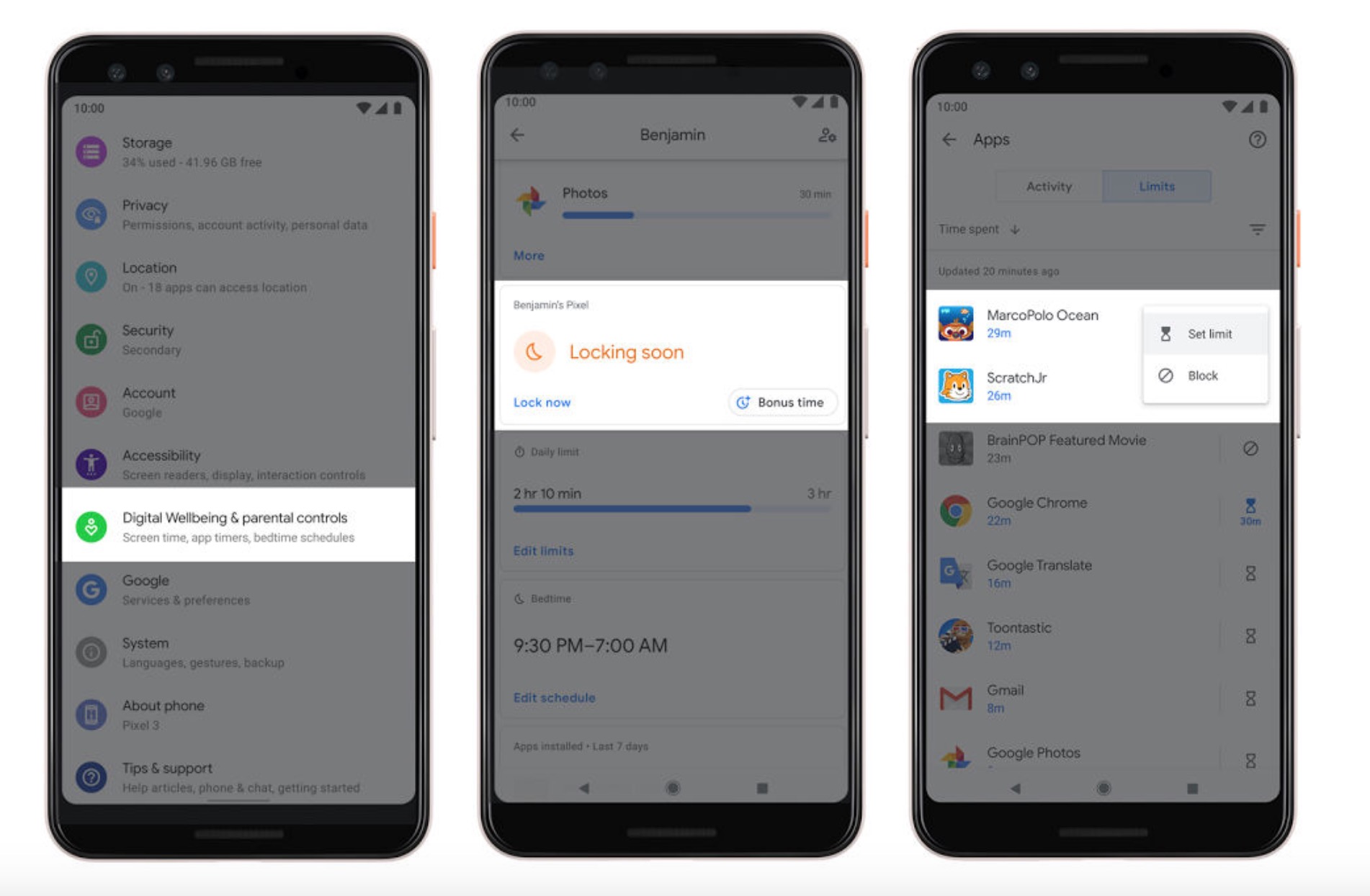 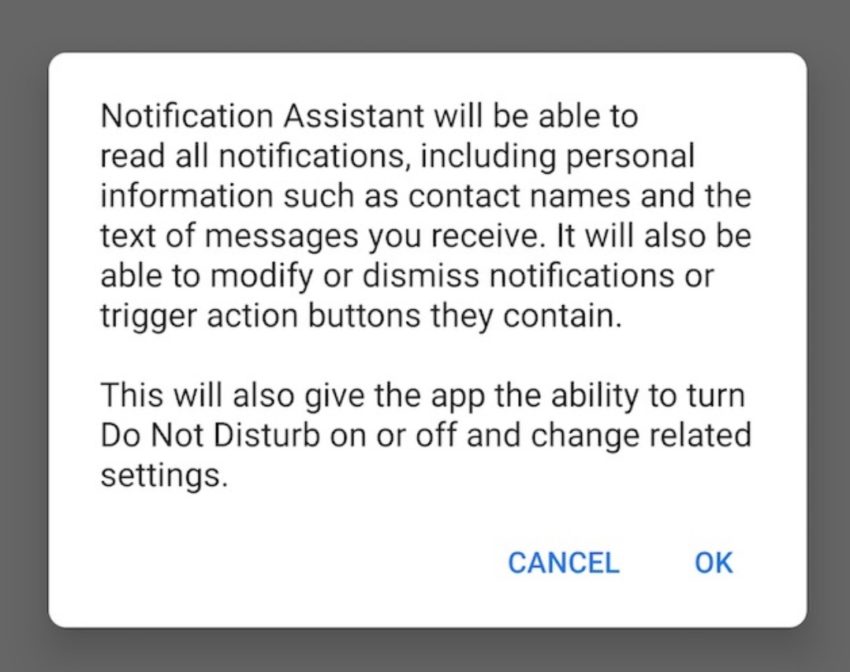 Then, we added a few more noteworthy things to the list above. This isn’t everything, but it’s the majority of the important user-facing stuff. As you can see, Android 10 makes a big effort to improve performance, battery life, security, privacy, location data and more, along with obviously making the software experience better for everyone. Not mentioned here are improved camera features and controls, software improvements, better gaming support, and new codecs to keep Android future-proof. Then, expect more information as we continue to dig through the 10th version of Android. 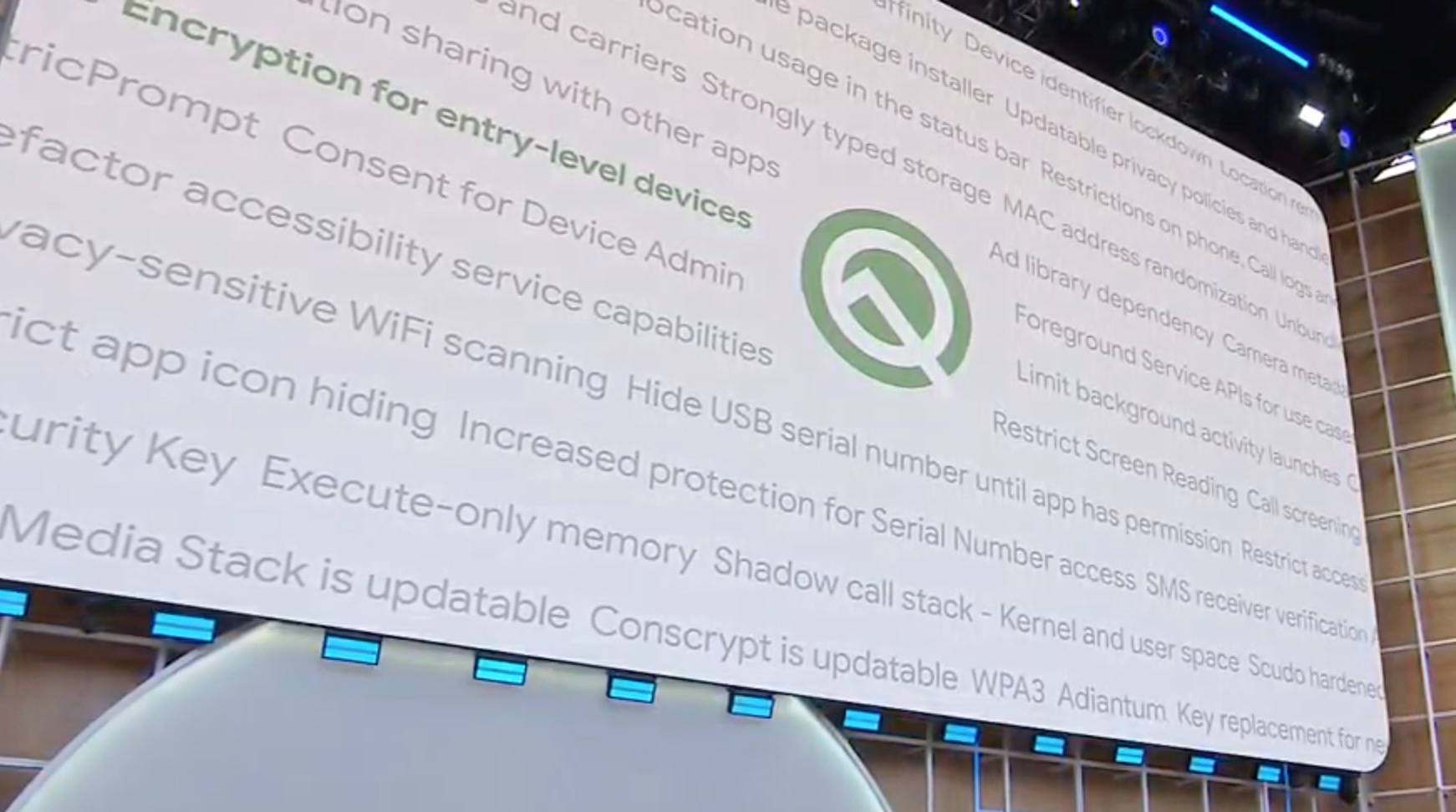 What’s next though? Well, now that Android 10 is official and on almost all Pixel devices, the next logical step is to improve the overall experience. Even after a long 6-month beta program, now that millions of people are running Android 10 Google will find new issues, bugs, or small problems they’ll need to fix.

Unlike the earlier years and unlike Apple, Google doesn’t really release .1 and .2 versions of software anymore. Instead, they simply improve things with monthly updates, which they can even do through Google Play Now, instead of with big software updates to the phone specifically. So while we might get an Android 10.1 release with bug fixes within the next few months, don’t be surprised if we don’t get one either.

Plus, now other manufacturers like Samsung, Sony, OnePlus, Nokia, LG, Oppo, Essential, Xiaomi and more can start preparing updates, continue their beta testing, and send this new software to their customers. Google and phone makers will work together to make this the best version of Android yet.

Either way, this is the next version of Android and it’s finally here for select users. If you have a phone that’s not a Pixel, you’ll have to wait for your phone manufacturer to deliver it specifically for your device. Stay tuned for more details. And don’t forget that the Android R beta will begin in March of 2020.