If you’re thinking about buying a new smartwatch this year, there are some things you’ll want to do ahead of the Apple Watch 8 release date.

We’re just hours away from Apple’s announcements and if you’re in the market for a new smartwatch you might want to hold out and wait for the 2022 Apple Watch models. The company will reportedly launch three new Watch models.

In addition to a new Apple Watch 8, we could see a new budget Apple Watch SE and a rugged Apple Watch that will likely serve as the company’s high-end “Pro” model. 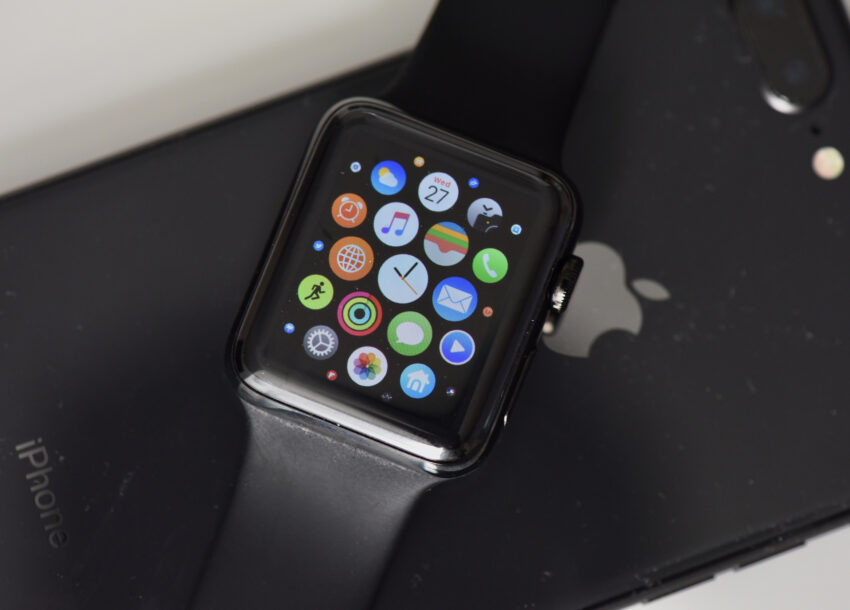 Bloomberg’s Mark Gurman says Apple’s watchOS 9 update is on track for September which means we should see the new Watch models make their debut alongside the iPhone 14 models.

Apple’s confirmed a September 7th launch event and it’s there that we’ll likely see the new Watches, and the iPhone 14 series, make their debut. The new Apple Watch models should hit shelves soon after those announcements.

With announcements imminent, it’s time to start prepping for the Apple Watch 8 release date. Taking some steps ahead of time will ensure that you’re fully prepared to buy one when they go on sale.

Your research might even convince you to buy another smartwatch before, or after, the Apple Watch 8 launch.

In this guide we’ll take prospective Apple Watch 8 buyers through some steps to take ahead of Apple’s Apple Watch 8 release date.

If you’re interested in upgrading to an Apple Watch 8 you’ll want to keep your eyes on the rumor mill.

Apple will try and keep its new Apple Watch models in the shadows, but leaks are inevitable and we’ll hear a lot more about the devices as the hours go on.

Reports and rumors will almost certainly fill in the blanks ahead of the Apple Watch 8 release date and they’ll help you set proper expectations as we inch closer to Apple’s announcements.

One source believes supply/stock is fine at the moment but we could certainly see shipping dates impact some models. Given the supply chain issues companies have dealt, if you want your new Watch ASAP, you might want to consider a pre-order.

Get Familiar with watchOS 8 & watchOS 9

If you own an Apple Watch 1, Apple Watch 2, or a device that isn’t an Apple Watch, and you plan on upgrading to a new Apple Watch this year, you’ll want to get familiar with the current operating system. Right now that’s watchOS 8.

If you own a newer Apple Watch model and you’ve already upgraded to watchOS 8, you can probably skip this step.

If you’re currently using an older version of watchOS or if you’re using another operating system, use this time to get acquainted with watchOS and make sure you’re comfortable with it.

To get started, have a look at Apple’s guide. You may also want to go into a store and go hands-on.

Apple’s confirmed watchOS 9 and it will, again, be the software that powers the new 2022 Apple Watches. It will be important to get familiar with this version of watchOS as well.

The company’s pushed watchOS 9 into beta testing. If you own a compatible device and join one of Apple’s beta programs, you can try the software out well ahead of its release.

If you prefer to keep your devices on stable software, you can follow watchOS 9 from a distance. Either way, you’ll want to dig into the changes on board so that you’re comfortable with the Apple Watch 8’s software.

For more about watchOS 9, head on over to Apple’s official preview or you can watch the video above.

As we speed toward the Apple Watch 8 release date make sure you spend time getting familiar with the best Apple Watch accessories. This way you’ll know exactly what to buy and how much to spend when the time comes.

We recommend reading reviews and digging into the best Apple Watch accessories before Apple makes its announcements. Some accessories could drastically alter how you use your device.

Make sure you get a feel for potential costs, dig into the pros and cons of various manufacturers, and find styles that appeal to you.

One other thing to keep in mind: Bloomberg’s Mark Gurman says that while older bands will likely support the new Apple Watch Pro model, they may not “fit as well or look as seamless given the size of the new watch.” In other words, you may want to set some money aside for a new band if you plan to buy this model.

Look Into Other Apple Watches

Before you make the decision to buy one of the new Apple Watch models, you’ll want to familiarize yourself with Apple’s current crop of smartwatches. Who knows, you may find something you really like.

We’ve heard Apple may discontinue the Apple Watch 3 sometime in Q3. Analyst Ming-Chi Kuo claims this is because the device’s “computing power can’t meet the requirements of the new watchOS.”

We’ve seen a lot of Apple Watch deals including some big discounts on the company’s flagship Apple Watch 7 and budget Apple Watch SE.

Buying one of the 2022 Apple Watch models might seem like a great idea, but there’s a chance you’ll be better off going with one of these other models.

We also recommend taking a look at the best Apple Watch 8 alternatives. You might find something you like that falls outside of Apple’s ecosystem.

Make sure you dig into these, and other models, before you decide to buy a new Apple Watch.

Nothing is confirmed, but it looks like the full array of color options for the standard Apple Watch 8 has leaked.

We recommend getting familiar with them. You may even want to pick a few favorites so that you’re ready to order once pre-orders begin.

Make a Plan for Your Current Watch

If you plan to upgrade to a new Apple Watch in 2022, make sure you have a plan for your current device if you have one.

Some of you might know of a friend or relative who could make use of your current smartwatch. Ask around and see if anyone might need a hand-me-down. You might also look into donating your device to charity.

If you plan on selling your current device to help offset the cost of your Apple Watch 8, you’ll want to dig into prices at popular resellers.

If you plan to trade your device in you’ll want to keep your current watch in pristine condition because that’s how you’ll get the most money back. This will be important if you’re thinking about buying the high-end rugged Apple Watch model.

We recently heard that Apple’s new Watch Pro model could be priced somewhere between $900 and $999.

New Apple Watches come with a standard warranty but some of you may want to better protect your investment with AppleCare.

AppleCare is an extended warranty service that delivers far better support than a standard warranty. If you aren’t familiar with AppleCare’s benefits, you should research them when you have time. You may also want to look at AppleCare alternatives.

You’ll be able to add AppleCare to your bag during the checkout process when you purchase your new watch. You can also buy it later on down the road if you decide to wait.

If you’re planning to buy a new Apple Watch with cellular data, make sure you research the carriers in your region so that you find a perfect fit for your new device.

If you’re unhappy with your current provider’s coverage or data plan, or if you’ve never owned a watch with cellular data, use this time wisely. Each carrier has its pros and cons and it could take some time before you find one that stands out amongst the rest.