The biggest, hottest new app on the iPhone and Android is the Ballz app. When you first look at the name of the Ballz App you might wonder what is up with this app. It’s an app that is addicting, fun and safe for players of all ages.

This is what you need to know about the Ballz App for iPhone and Android as well as the essential Ballz App cheats and tips and in-app purchases.

We’ll also delve into how to play Ballz App and other important details about this addicting new game for your iPhone, iPad or Android.

What is the Ballz App? 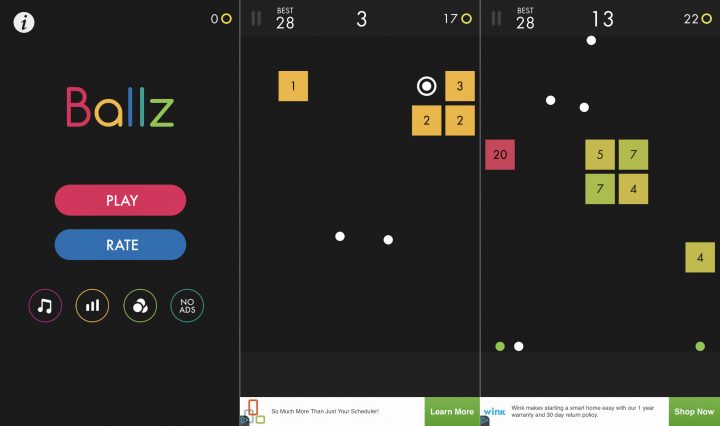 What is the Ballz game?

The Ballz App is an addictive and simple game. You shoot balls at bricks before they touch the floor. It’s ridiculously simplistic, but it is also super addicting. We’re talking Flappy Bird level addicting to play.

You can download Ballz App free on iPhone or Android and play as much as you want without paying for the game.

To play, you simply pull down on the screen and line up the arrow in the direction you want the balls to go. You can collect additional balls as well as rings that you can use to unlock other types of ball colors.

Is Ballz App Safe for Kids? 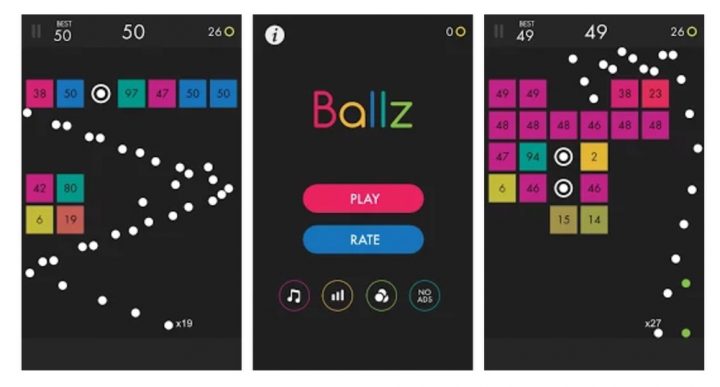 Is the Ballz app safe for kids?

Despite the name that might make you think of something NSFW, the Ballz App is safe for kids. There is no online multiplayer component that will connect them to any kind of chat.

The Ballz App shows a lot of ads, but they have all been for age appropriate iPhone and iPad games. Kids may be tempted to tap on them to install other apps, but that is about it.

You should set up parental controls on iPhone or Android to prevent any in-app purchases. 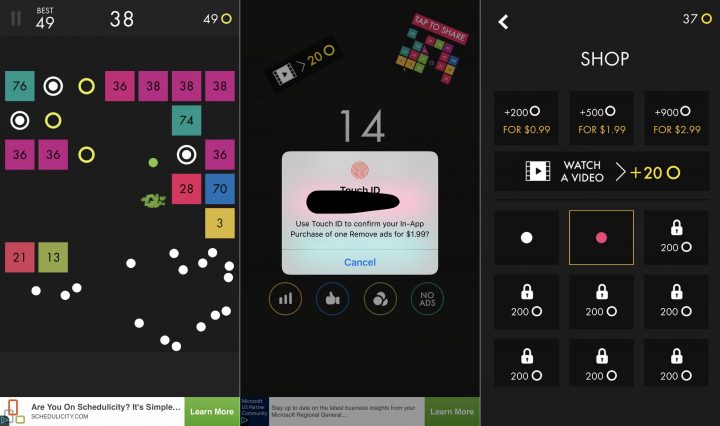 There are Ballz app in-app purchases.

There are multiple Ballz App in app purchases. The main one that you may want to buy is “No Ads for $1.99” This allows you to remove the ads that are between every game and between every replay when you get to a certain level. 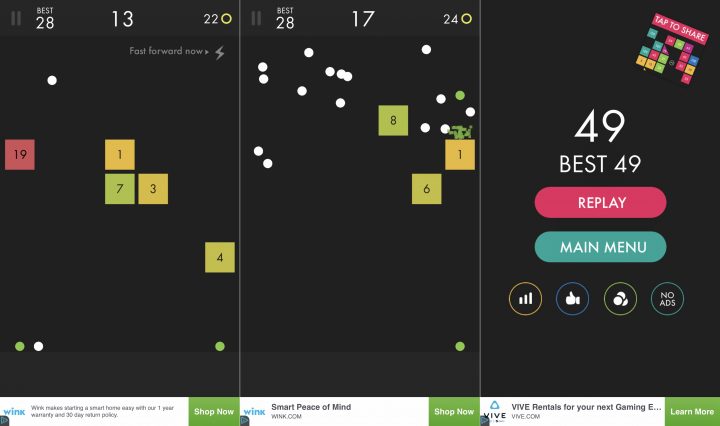 The Ballz app tips and tricks that you need to know.

Although the Ballz App gameplay is very simplistic, there are some Ballz App tips and tricks that will make it easier to get a higher score in the game.

Aim for More: Always aim to hit more than one block if you can do so.

Angles Matter: When possible shoot for the wall very early and angle so that your balls hit as many bricks as possible.

Get on Top: If there is an opening, shoot the balls to the top of the level where they can bounce around rapidly to knock out the higher number bricks fast.

Aim for More Balls: When you aren’t up against the wall, aim to get more balls even if it means taking out fewer bricks. This will save you later on.

Don’t Focus on Rings: Go for the Rings as a secondary objective. There’s no need to go for them specifically when a random rebound is likely to get you the ring. It’s better to play longer and wait to get a ring than dying to get one more ring.

Play On: When you are doing good keep an eye on the option to continue playing. This will pop up after you die, but only for a limited time. Tap it to watch an ad then resume your game.

Fast Forward: Once you get on a good streak you’ll eventually have a moment where you are taking out a ton of bricks. You can tap on the Fast Forward button and then you will speed up the balls. You don’t lose out on any progress, you just get back to playing faster.

Watch out for Ballz App hacks that promise unlimited lives or added balls. You may find these on search engines or on social media if you share a screenshot of your Ballz app high score.

We’ve seen these for other popular games, where the hack asks for personal information to fill out a survey and promises access to unlocks, unlimited lives and other items.

Instead of trusting your information to an unknown source, we recommend avoiding Ballz App hacks that you find online even if it means a chance at a crazy Ballz App high score.